From Zelda Dungeon Wiki
Jump to navigation Jump to search
Want an adless experience? Log in or Create an account.
Amira 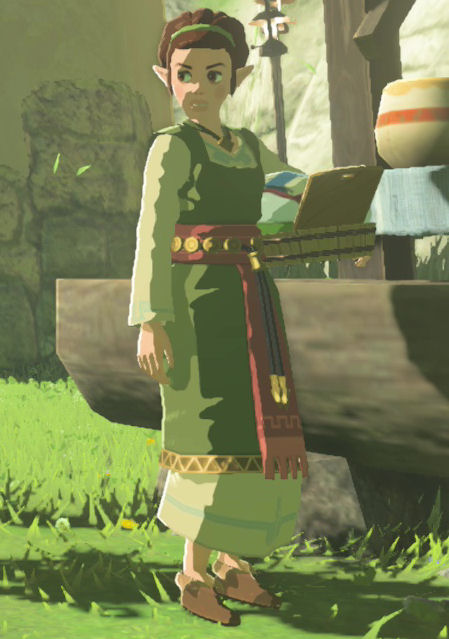 Amira is a character in Breath of the Wild.

Amira is a resident of Hateno Village where she lives with her husband Pruce, daughter Ivee, and son Azu. The family owns the General Store, the East Wind, and they sleep in the beds located in the stores second story. Amira is rather unfriendly, always annoyed when Link tries to talk to her and is always gossiping with her friend Nikki.[1][2]

Each morning, Amira will wake up at 5am and takes her laundry to get washed at the water trough. She will chat with Nikki and get very annoyed with Link if he eavesdrops on their conversation.[3][4][5][6]

Link is able to sneak up behind the structure with water and listen in on Nikki and Amira's conversation. They speak about Purah, the director of the Hateno Ancient Tech Lab. They mention that a little girl can be seen running in and out of the lab, unknowing that this is in fact the direct. Nikki seems to hint that it could be the director, but it is impossible given her young appearance.[7][8][9]

Nikki and Amira will remain here until 9pm each night, at which point Amira will then return home. Even when she is on her way home, Amira is annoyed by Link trying to speak with her.[10][11]