From Zelda Dungeon Wiki
Jump to navigation Jump to search
Want an adless experience? Log in or Create an account.
Adult Ending 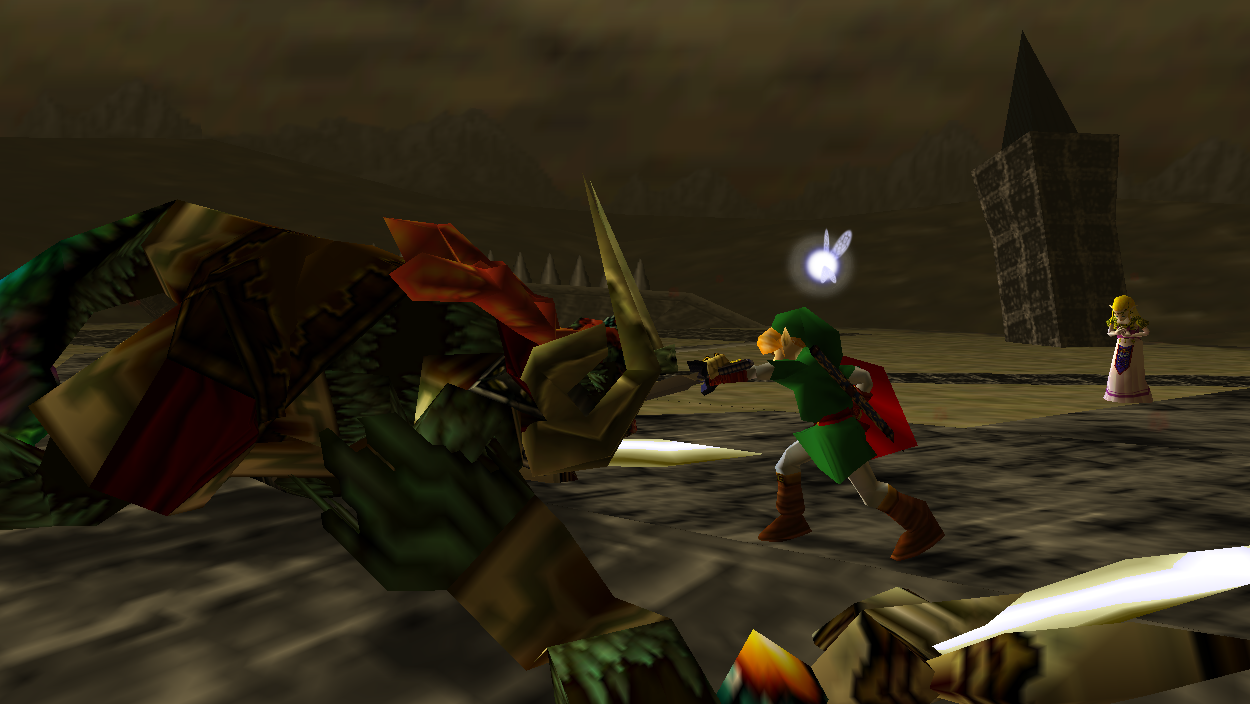 The Adult Ending is one of three endings of Ocarina of Time, which follows into the Adult Timeline.

After defeating Ganon and returning peace to Hyrule, Princess Zelda plays the Ocarina of Time, warping Link back to the past. However, she remains in the future timeline. She helps to restore Hyrule.

Generations later, Ganon breaks free from his prison in the Sacred Realm and terrorizes Hyrule.[1] The people expect the Hero of Time to appear again, but he does not.[2][3] The Golden Goddesses hear the prayers of the people and send them to the mountaintops, burying Hyrule and Ganon underneath a flood of water.[4][5] This forms the Great Sea, and the Hylians adapt to their new life on small islands scattered across the ocean. The Wind Waker, the first game in the Adult Timeline, begins on Outset, one of these islands.