Why Twilight Princess is the Best Zelda Ever

Posted on April 04 2013 by Nathanial Rumphol-Janc 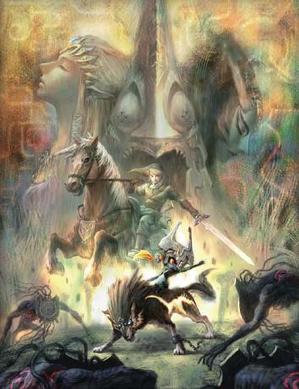 Twilight Princess is one of the most critically acclaimed Zelda games in history, but is also the one that possibly created one of the most disappointed fan bases in recent memory. Everyone pretty much felt before Twilight Princess came out that this was exactly what we wanted. Unfortunately, for a great many, they were wrong. Apparently, it’s true that none of us ever know what we truly want until we get it. However, I cannot deny as I stand before you today, that Twilight Princess was indeed the best Zelda game ever. Before you decide to gather the masses and burn me at the stake for witchcraft, hear me out.

Let us first throw out all the numbers, and by numbers I am referring to sales. If one was to base this purely off that, Ocarina of Time is still the best game, with Twilight Princess coming in right behind it (it may possibly surpass OoT in sales eventually). Naturally, sales is not a good barometer for what is and is not a great game, considering plently of games never sold well and were purely amazing.

Of course, lets assume you really want some numbers, because that is just the sort of person you are. Lets ignore, for a moment, the 30 or so awards Twilight Princess won in 2006, including, but not limited to, best graphics, best musical score, and best story. Let’s throw those aside for a moment. What about the Review scores? MobyGames, a site that averages out review scores from all the major media outlets, has Twilight Princess tied at 96/100 for the number two game of all time, the highest ranking Zelda title in terms of review scores. As I stated just a little bit ago though, numbers are not the way to measure things out. Heck, if it was, the fact that is the best selling game of all time in the PAL region (which is most the world except the United States and Japan) would be enough of an argument. However, as I said, numbers mean little. Lets get to why this game really is the best Zelda ever. 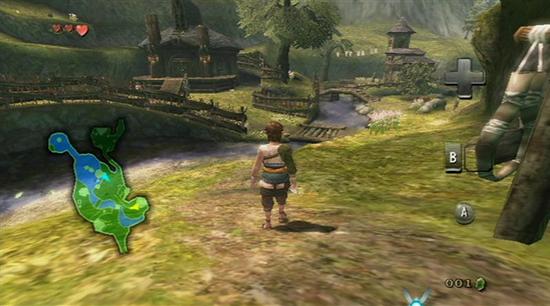 First, lets talk about the graphics. You don’t win the “Best Graphics” award because Twilight Princess looks like crap. First, lets be clear: Twilight Princess is a Gamecube game ported to the Wii. The confusion with the Wii version is it gets compared to games of this generation, when in fact, it’s a last generation game, and one of the best looking of that generation, I might add. Not only that, it is the most fluent realistic environment to exist for any Zelda game ever. Better then Ocarina of Time, Majora’s Mask, and really any installment before it. Note however, I said realistic environment. If we were basing the world on artistic styling, The Wind Waker would win hands down in that department. As I am reminded often times by many fans, the artistic style of The Wine Waker makes the graphics timeless, which is a a great feat. However, that doesn’t change the fact that Twilight Princess and “realism” is best fit compared to all other previous iterations.

Now that I have that out of the way, lets talk about secondary characters. In this, I am referring to Navi, Tatl, Ezlo, A Talking Rock, King of Red Lions, and Midna. Of all of those characters, which one did you create the most connection with? If you answered anyone other then Midna, you naturally did not play the game to completion. Midna is one of the most engrossing characters to ever exist in a Zelda title, and has more personality then any other character present in the Zelda franchise. I understand there are those that dislike Midna, but you simply can’t deny what she did for this game, and the help she provided Link. She was the spoiler “Twilight Princess” after all. Talking about Midna leads well in to the next point: Story. 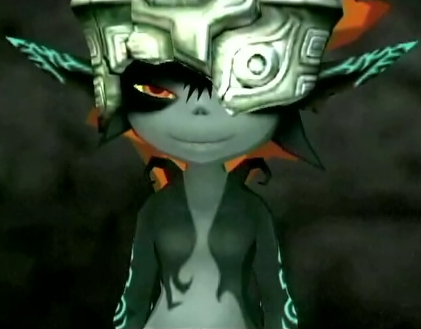 The story is possibly the most engrossing, and best told. It rates well sitting right next to Ocarina of Time, Majora’s Mask, and The Wind Waker. What makes it better? It did what all those game did in terms of story, but did it better. For the first time ever, a “good” guy was on the brink of death… and you actually cared. The story went beyond just Link, and you saw a world effected by the events around it, similar to Majora’s Mask. You saw Telma and her crew in the bar trying to plot ways to drive out the evil from the land, you saw the Gorons and Zoras dealing with hard tribulations, and you saw the fear in people as you visited the twilight realm. Zant was a pretty intricate part of the story that is often forgot about simply because Ganondorf made him pretty much pointless at the end of the game. It wasn’t really a story line hole, it was more or less Nintendo trying to do too much to make the perfect ending. Still, it matters little: The story is awesome, and is one of the main reasons I still replay Twilight Princess to this day. I keep hoping the ending will change every time I play. Sniff, I miss Midna.

Now lets cover the musical score, as well as the game play. Frankly, while the score in Twilight Princess does rank at the top, I have to say that The Wind Waker’s track was simply better. Of course, after hearing the orchestrated versions of the Twilight Princess tracks I tend to think otherwise, but those were not included in the game. Still, it’s top notch, and step ahead of all other Zelda titles save The Wind Waker. The game play is something people were a bit tired of seeing, but it’s the same style that dates back to Ocarina of Time. Just because a game did it before, doesn’t mean it did it best. Twilight Princess has the current combat system down perfectly. The Boss fights are engrossing and feel almost like I am playing Shadow of the Colossus… that is until I actually fight them, when I am quickly reminded that this is Zelda title.

Still, when you take a step back and look at Twilight Princess as a whole, it’s clearly a step above all the other iterations in the series. Now, that isn’t to say it’s perfect. If there was a perfect Zelda game, why would we need another one? Why would we want another one? Ganondorf seemed tacked on, ruining a great story for Zant. The game was “too easy”, though that point is debatable as the game is actually harder then pretty much every Zelda game before it. I still want a deeper story, and a revamped combat system. I want new fresh ideas, not just new toys. I’ll give Nintendo credit on the wolf aspect, but naturally I wasn’t satisfied. I want more. In the end, I think it’s that thirst for more that seems to give Twilight Princess such a bad rap. Really, this title is awesome, and I am thankful it’s not everything I ever wanted a Zelda title to be. Frankly I just don’t care what the naysayers have to say. Not out of ignorance, just mostly out of the fact that each person takes away a different experience from a game. To me, Twilight Princess is the best Zelda experience I have ever had. What about you?