What Happened to Wii Motion Plus?

Posted on June 04 2011 by Nathanial Rumphol-Janc 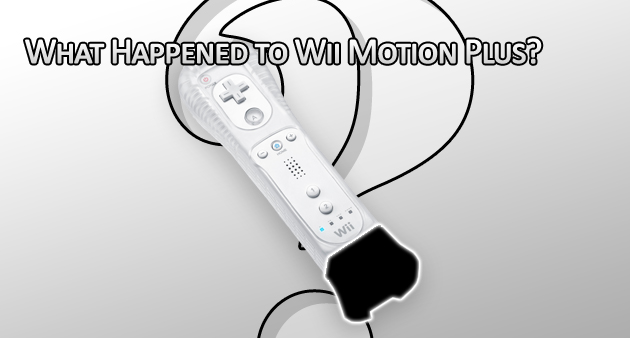 Inspired by Alex Plant’s “Is Nintendo Becoming Too Ambitious?”

We all remember Wii Motion Plus. It was revealed back at E3 2008, and then released almost a year later in June 2009. It was what so many had initially hoped for when they heard that the Wii had motion controls. The Official Nintendo Magazine stated that movements are” captured extremely accurately”, which they were. Motion Plus was awesome.

Some have likened Motion Plus to being like leaping from VHS to Blu-Ray technology in the world of motion gaming. 374,000 units sold in North America in the first month, and in Japan 650,000 units were sold in its first week. Wii Motion Plus was the next best thing in gaming, but what has happened to it in the two years since?

Wii Sports Resort, developed by Nintendo themselves, was the first Motion Plus title. It did two things. The first was show us how amazing one-to-one controls can be, which goes hand in hand with showing us how improved everything from the original Wii Sports was. The second thing we learned was that recalibration is a pain. Nevertheless, Motion Plus looked like the way of the future.

Since Wii Sports there have been just over 30 games made using Wii Motion Plus – including both standard Wii titles and WiiWare. The interesting thing is that all of those games, with only three being an exception, only use Motion Plus optionally. The exceptions are Red Steel 2, Flingsmash and Wii Sports Resort – developed by Ubisoft, Artoon and Nintendo EAD respectively. No doubt if you play through these titles Wii Motion Plus both amazes, and shows the occasional sign of being even slightly oversensitive. Most of the games where it is optional really just used it as a tag on, but did give it a good showing.

Red Steel 2 is what you could call the first really notable game to use Motion Plus entirely, and it was rewarded for it. Red Steel was received extremely positively at release back in March 2010, with all around praise for its motion controls. Red Steel 2 did a lot for Motion Plus, but the new add-on still didn’t catch on.

Part of the problem is that Nintendo has failed to support their own device to date by being the leader in showing what it can do. Nintendo has only developed three games that use Motion Plus at all – be it that they require Motion Plus and do not give an option. However, only one of those games has been released. It is of course Wii Sports Resort, which was bundled with a Motion Plus unit. The other two are Wii Play: Motion, and The Legend of Zelda: Skyward Sword.

Perhaps Wii Play: Motion should have been the original title bundled with Motion Plus back in 2009 – it would be fitting. Nevertheless, it was not to be. Wii Sports Resort was a good title, but Nintendo has not fully supported their own device since. Skyward Sword will finally be the title that, to be honest, for the good of Motion Plus should have been here two years ago. Skyward Sword will show its full potential, and finally, developers will start to see it as the way of the future of gaming.

A lack of support from Nintendo is not the only issue with Motion Plus, and probably isn’t even the main one. The simplest, and yet most problematic, is that Wii Motion Plus is an add-on. You have to purchase more hardware and connect it to your existing Wii Remotes. With so many Wii gamers, only a very small proportion have gone out and gotten Motion Plus. It may partly be due to a lack of games, but for most Wii users it works the opposite way around. They didn’t get Motion Plus, so games that make it mandatory are overlooked. 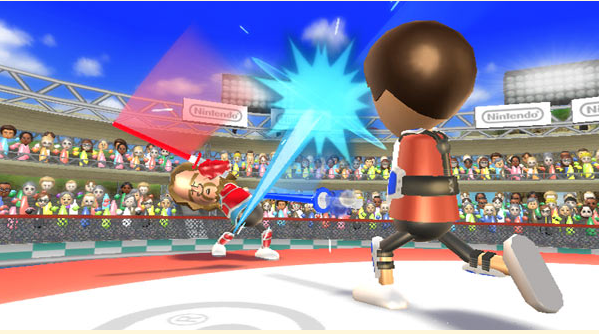 This is why majority of titles use it optionally. They don’t want to alienate potential users. Developers look at Motion Plus and see that if they developed exclusively for that, they are increasing costs for consumers. They are indirectly raising the price of their game, because Motion Plus now needs to be purchased. Economics 101 says that when you increase the price, demand will fall. Developers know this, and they know that buying Motion Plus is – sadly – more costs than many consumers are willing to pay.

Regardless of the hardware itself being fantastic in the eyes of developers, it was too risky, and you limit your audience by developing exclusively for Motion Plus. This is why the three titles where it is mandatory have tried to overcome this issue by bundling their game with a Motion Plus unit. Nintendo saw the issue, and took a step towards its solution with the new Wii Remote: Wii Remote Plus. Now Motion Plus technology comes built into the Wii remote – both with new consoles and when purchased independently. This is how it should be – but it’s too late!

Sure, it fixes the issue for those who have purchased a Wii, or the remotes, since, but there are still millions of gamers who have been with the Wii longer than that and simply haven’t upgraded. Motion Plus will likely never see the success it deserves on the Wii, because it is not built into the initial console. Some will call me pessimistic, but Skyward Sword in my opinion is likely to be the end of Wii Motion Plus – as we know it. The savior has come too late.

But the technology isn’t over. It’s just like other instances in Nintendo’s past. Take 3D – it flopped with the Virtual Boy; then the GameCube was 3D compatible as was Luigi’s Mansion, but it never could happen. The Game Boy Advance SP was almost able to produce 3D, but it would have been too much for the console’s processor to cope with. Finally now, 16 years since the first try – we have success in the Nintendo 3DS. Wii Motion Plus itself may not succeed, but it has began the changes the future will bring. 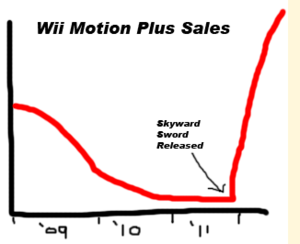 Project Kafei is being rumored as a hardcore console, and it looks like the controller will basically be a Nintendo (3)DS – with its screen and camera and the rest. Whatever you do Nintendo, you can’t abandon motion gaming. Skyward Sword is about to prove to the world that motion gaming works perfectly and can be used in a “core” title. Motion ain’t just a “casual” fling – its modern gaming!

Kafei is Nintendo’s chance to correct the lack of success for Wii Motion Plus. By having the technology with the console from the start developers won’t shy away from it, because all consumers will have motion plus technology. It has been two years since Motion Plus was released, so already the technology is sure to be able to take a step up. Here’s to hoping that Kafei takes Motion Gaming to where Wii Motion Plus should have gone, but was never able.