We Are Awesome – And The Lozzies Agree

Posted on August 12 2009 by Nathanial Rumphol-Janc 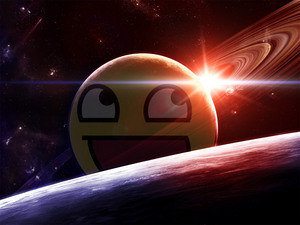 We informed you just the other day about the new Lozzie awards being handed out by Legend of Zelda.com. As it turns out, they happen to think that we are pretty awesome, and who are we to disagree? To go along with our EDN Award last year, and the award for Best Affiliate from Zelda Universe earlier this year, we get to add yet another award to the list. We have been awarded… The Pulitzer for Best News Site.

Naturally, we are not the only sites on there that won something. Yesterday there were two other awards announced plus another site was named today besides us. Go inside to see why we won what we did, as well to see what other sites took honor’s home the last couple days.

First on our award, straight from LOZ.com:

If you don’t already visit ZeldaInformer often for your daily Zelda news, all I can say is, you’re probably missing out on some news. If you’re a regular visitor of ZeldaWiki.org, you’ll notice that on their “Masterminds” news feed, that ZeldaInformer always seems to have at least one article taking up that space, if not two or even three at any given time. This is because if there’s news, ZeldaInformer staff knows about it, and they are posting about it.

Not only do they tell us about news, ZeldaInformer has a knack for giving us their own unique spin on it. The site is notorious for its opinion and editorial content, and although a good portion of it is dedicated to Zelda theorizing, a lot of it is also based on just simple news. It definitely gives a unique edge to the news, and makes them worth checking out as a news source as opposed to a site that just tells you what’s happening and leaving it at that.

To tie it all together, the new layout at ZeldaInformer gives one the feeling of reading an actual newspaper, which only solidifies the idea that news, editorials, and overall opinion and reporting is where ZeldaInformer’s talents lie. So next time you’re itching for some news and a good opinion to go along with it, be sure to visit ZeldaInformer!

It’s nice to see our work here at ZI getting some recognition. We take pride in providing you folks the best Zelda coverage possible, all while not losing our charm. Anyone can feed you news about some Zelda-inspired baby clothes, but only we can do it with this sort of flare. What can we say, we enjoy what we do and will continue to provide you what we feel, and apparently LoZ.com feels, is the best Zelda news coverage around. Of course, I did say we were not the only ones who took home an award the last two days. There were three other awards and those were presented to:

The Socialite, site with the most appealing forum community, went to Hyrule.net. The Colbert, site with the best editorial/satire content, went to Exploding Deku Nut. The Rembrant, site that is most visually pleasing, went to Zelda Capital.

Congratulations to all the winners, and thanks all of you for your continued support. We look forward to expanding and exploring new directions, all while bringing you the things you already love. Much love for our award winning site.