Update: Hot off the heels of last week’s release of OpenOcarina (discussed below), a second unofficial PC port of Ocarina of Time is now available online. As first reported by Video Games Chronicle, the port, developed by a group known as Harbour Masters, was made available on the group’s Discord server on Tuesday.

Harbour Masters’ PC port of Ocarina of Time made waves online before release as the developers touted features meant to make modding of the game easier. VGC published a gallery of mods shared and tested by the developers right here, so be sure to check that out if you want to see what is possible in this port. You can also check out the gameplay showcase embedded above.

As with OpenOcarina, Ship of Harkinian does not feature any Nintendo-owned code, art, sounds, or other game assets and is therefore shielded from legal consequences. To run, the software requires the player to input their own legally-soured ROM of Ocarina of Time, from which the game’s assets will be extracted.

Ship of Harkinian is available for download on the group’s Discord server right here.

Original: Late last year, a dedicated group of Zelda fans fully reverse engineered The Legend of Zelda: Ocarina of Time into modern computer code. Through a strictly legal process, the team essentially decompiled the game’s code using publicly available sources and then rebuilt it from the ground up in modern computer language without the use of propriety, Nintendo-owned assets. While the team’s stated goal was to simply reverse engineer Ocarina of Time‘s code for preservation purposes, the project always opened up the possibility for future efforts to port the classic Nintendo 64 title to PC.

In what seemed an inevitability, an unofficial PC port of Ocarina of Time is now available online. This port, under the title OpenOcarina, allows players to run the N64 classic natively on modern machines, with widescreen and upscaling support to boot. The project, co-developed by engineer Vertigo, was shown in action in late January when modder zel. uploaded a gameplay showcase to YouTube. And after nearly two months of polish, PC players can now play Ocarina of Time from start to finish.

Development on OpenOcarina is still ongoing, according to the project’s description on GitHub:

Though most of the work for 64-bit is done, 32-bit is being buttoned up first.

Certain audio issues have also been reported by players, so the team may be working to address those as well.

OpenOcarina avoids concerns of copyright infringement by not featuring any Nintendo-owned code, art, sounds, or other game assets. All materials distributed are wholly original, according to the developers, and therefore do not infringe on copyright. With that said, those looking to download and play this port will need their own existing copy of Ocarina of Time from which to create a ROM and they will then need to compile everything on their own.

OpenOcarina is actually the first of two Ocarina of Time PC ports expected to release in the next month. A second port, under the title Ship of Harkinian (after the Zelda CDi character), has been in development since Ocarina was first reverse engineered last year. Developed by a group called the “Harbour Masters,” Ship of Harkinian aims to support widescreen, multiple resolutions, and mods.

Ship of Harkinian‘s developers have touted features meant to make modding of the game easier. Players for example will be able to mod in texture packs, gyro controls, and more. VGC recently published a showcase of mods tested and shared by the developers, which you can see here.

According to DSOGaming, Ship of Harkinian is expected to release on April 1st. 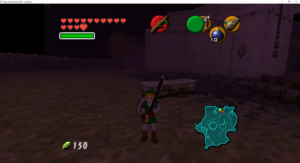 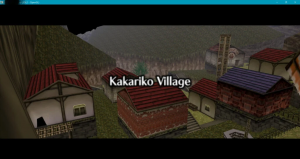 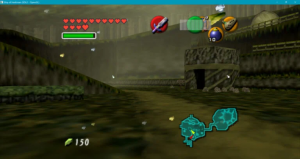 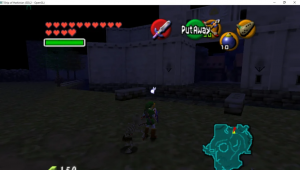 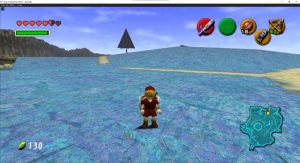 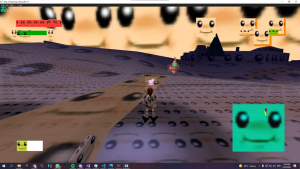 Are you planning to try out Ocarina of Time on PC? What types of mods would you like to see in the game? Let us know in the comments below.

Comments
Sorted Under: Games, News, Ocarina of Time, Zelda Fan Content, Zelda News
Tagged With: No tags were found for this entry.