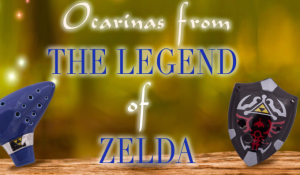 St. Louis Ocarina (aka, STL Ocarina) was started in 2005 to help support and revive the interest in the art of playing an Ocarina and no doubt you have seen, or maybe even own some of their work already. Now they have created a 4-piece Ocarina set with a custom briefcase for the ultimate Zelda fan, including the “Special Edition” Zelda 12-hole Tenor Ocarina. Take the jump to check out the full details! 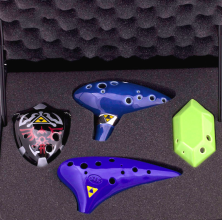 As seen in the image above the set comes with a custom briefcase to hold all your Ocarina’s and to ensure that they are kept safe. From the four different Ocarina’s included you will be able to choose the color of both the Rupee and Shield Ocarina’s from a few different color options available. Included you will also recieve an “Echoes of Gerudo Valley” CD, and “A Link to Gerudo Valley” instructional DVD. The whole deal will set you back $230, but if that is too steep and you just want to pick up one of the four included you can also purchase them seperately from $15 – $55 each. 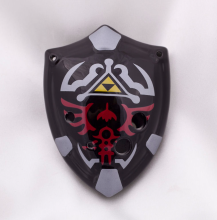 STL Ocarina has many options available and all are of great quality as well. Their Ocarina’s have appeared with major symphony orchestras under the direction of such conductors as Pierre Boulez and Michael Tilson Thomas. They have also been used in performances with the New World Symphony, the Atlanta Symphony, Chicago Symphony and most recently, the St. Louis Symphony Orchestra in their holiday concerts. 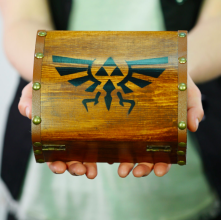 I personally own the “Special Edition” Zelda 12-hole Tenor Ocarina and a beautiful Ocarina necklace and I love them! My musical skills are not quite as advanced as I would like them to be but I am currently able to play “Epona’s Song” and “Requiem of Spirit” pretty well and I might even be purchasing The Legend of Zelda treasure chest shown above from STL as well! To check out their full lineup Zelda of Ocarina’s click here!

What do you guys thing of STL’s Ocarina’s? Do you own some of these featured already? Let us know in the comments below!