For those that remember the original Twilight Princess HD announcement from last year’s Nintendo Direct, Reggie Fils-Aime noted that Nintendo was “offering the game’s official soundtrack as a pre-order bonus”, though they showed no CD. Those that went and pre-bought the game afterwards through Amazon, Best Buy, or any other outlet likely did not see the soundtrack CD listed as an added feature of their purchase, but it must still come with it, like Nintendo said, right? Well, Gamestop has posted their pre-order page, along with the first look at what is likely the soundtrack, but they claim it is exclusive to them. This is odd, as Nintendo did not mentioned such serious exclusivity. Also, the disk is titled “Sound Selection”, and nowhere does it say that it is the actual “soundtrack”, so there is a slight possibility that this is something totally different. Time will tell what happens regarding the soundtrack CD, but until then, check out the details, and a picture, after the jump. 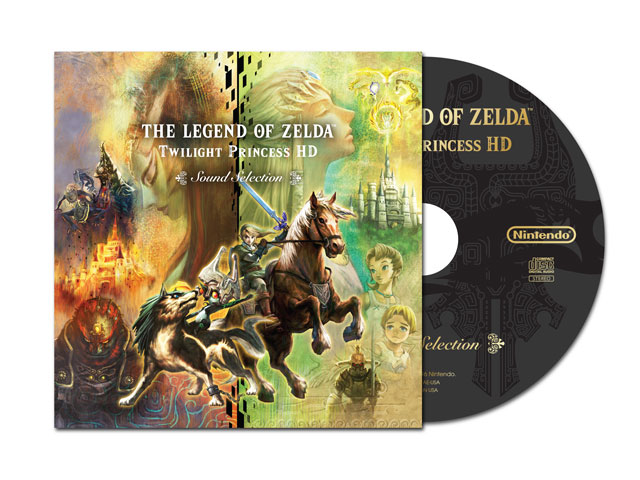 I suppose that this puts me off a bit. Again, Nintendo never mentioned one store would exclusively hold soundtrack CD pre-order bonuses. In fact, they mentioned the bonus soundtrack immediately after saying “pre-orders open today”, so you would think that they would all come with it. Though, they did say to “stay tuned for more information regarding soundtrack availability”, so who knows? I can only hope that this is something different, as I, and many others, pre-ordered based on Nintendo’s word, and if they do not follow through, they will have some explaining to do.

Do you think that this CD is, in fact, the soundtrack CD? Have you pre-ordered your copy of the game yet? Drop a comment.

Source: Gamestop (via Nintendo Everything)