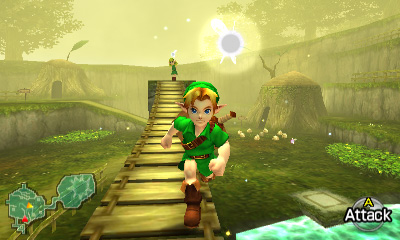 Most Zelda fans were introduced to the world of Hyrule by starting off in the gorgeous Kokiri Forest; at least I was. I’m sure plenty of readers remember slotting in the masterpiece of Ocarina of Time into their Nintendo 64 console and, for the first time, control Link in a full 3D environment. Kokiri Forest was the perfect introduction for newcomers and old-timers to start a Zelda adventure because of its spacious, beautiful environment, joyous themes of its inhabitants, the Kokiri, and its ability in taking you away to a virtual reality where your dreams of living that particular lifestyle were genuine. It reminds me of another group of people and their lifestyle from a different fantasy world which I will be discussing in this edition of “Timeshift Thursday”.

Another hot topic we will look at is the discussion of where Kokiri Forest and the Kokiri are in Zelda titles released after Ocarina of Time such as the Wind Waker and Twilight Princess. Are there any resemblances from those games which could give us an idea where Kokiri Forest is actually located? Where do the Kokiri reside after the events of Ocarina of Time? Some theories which have arisen from these interrogative thoughts may sound shocking or seem absolutely weird but hopefully you will enjoy reading them as much as I enjoyed researching into them.

If you would like to learn more about Kokiri Forest and the Kokiri click the jump below!

The Kokiri are a bunch of carefree, happy, child-like individuals who have no concern about what events occur outside their humble abode, Kokiri Forest. They strive to keep the forest a safe haven for themselves and their hallowed guardian, the Great Deku Tree, while also having a fairy given to them from birth to teach them and help them grow up into their mature state of mind. Because of this, the Kokiri remind me of the Hobbits from the Lord of the Rings books. Hobbits, like Kokiri, appear child-like no matter their age and would rather keep to themselves letting everyone else sort out the world’s problems. Hobbits also showcase a joyful nature like the Kokiri and see no need in searching for adventure and the outside world. As the Kokiri believe they will die if they leave the forest, so do Hobbits believe they won’t come back if they decide to explore beyond the boundaries of their home, the Shire. Could there have been some inspiration from J.R.R Tolkein’s fantasy books? 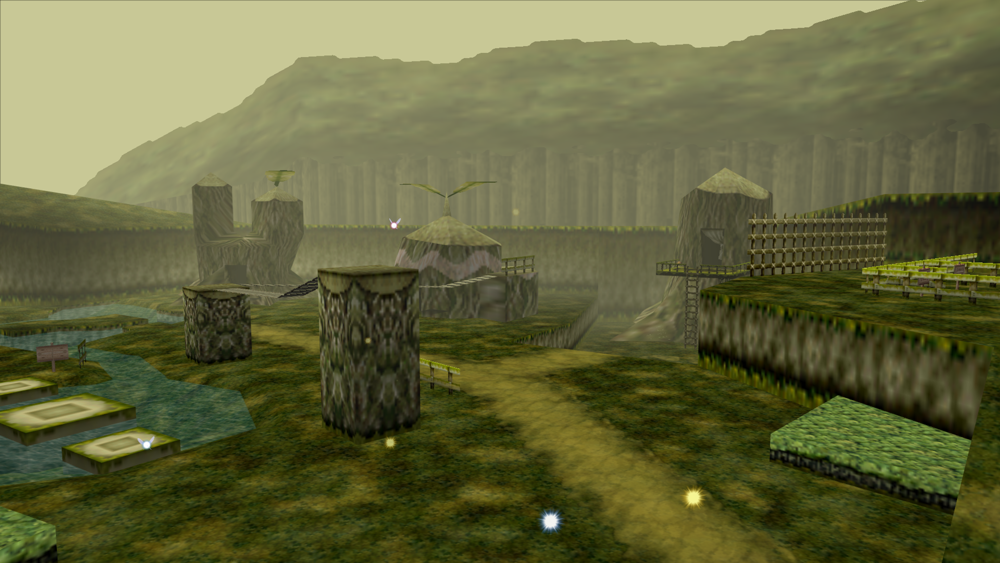 Now we come to some important theories to look at. Let’s discuss where the Kokiri Forest and the Kokiri race are thought to be situated after the events of Ocarina of Time. In the Wind Waker, we gain a good understanding of where the Kokiri inhabitants ended up. As Link travels, he comes to a sacred place called Forest Haven featuring creatures called Koroks. Because of the Koroks and Forest Haven’s clear resemblance, fans do believe this is the original Kokiri Forest from Ocarina of Time and its inhabitants the descendants of the Kokiri. The Great Deku Tree in Forest Haven is also thought to be the Deku Sprout which appears to have grown after Link clears the Forest Temple in Ocarina of Time. Some Zelda gamers also think that the Forbidden Woods dungeon in the Wind Waker is actually the genuine Kokiri Forest because, after you receive the Deku Leaf, one of the Koroks says that the Forbidden Woods used to be their dwelling place. Also, as you explore the woods you can notice that there happen to be stump shaped houses which look closely similar to the ones the Kokiri dwell in.

There are also theories as to where Kokiri Forest and the Kokiri are in Twilight Princess. A lot of fans place emphasis on Ordon Village, where Link grows up in Twilight Princess, to be the location of the original Kokiri Forest. This could be possible because of the abundance of forestry placed behind the village and its location in the south-east of Hyrule. Other Zelda fans have speculated that Kokiri Forest is a certain area in Faron Woods where a lake of poisonous fog presides because there happens to be a broken bridge which looks like the one featured in Kokiri Forest. This area is also closer to the Forest Temple and Sacred Realm giving a strong reason to believe it is situated around that certain area of the Faron Woods. Yet, because Nintendo increased the areas and regions in Twilight Princess to a larger scale compared to Ocarina of Time, the Ordon Village could still be the old Kokiri Forest and the differences in distance could be aesthetic.

So is there any reference to where the Kokiri are in Twilight Princess? Well, according to research, certain monkeys who guide Link through the Forest Temple are thought to actually be transformed Kokiri who have just evolved because of their need to adapt better to the environment they reside in. Some have speculated that the Kokiri symbol is actually tattooed on the shoulders of these monkeys although this could be just the Oocca symbol found in most places of Twilight Princess. Others suggest that the Kokiri changed into monkeys because the unintentional alliance with the Hylians ceased to exist when Link was sent back in time at the end of Ocarina of Time. Other than that though, there isn’t that much to persuade people that Kokiris exist in Twilight Princess. Zelda gamers definitely conclude that the Ordonians are just people that migrated to the area and have no connection with the Kokiri at all.

I love starting my Zelda journey in the Kokiri Forest because of its amazing surroundings and gorgeous water features to explore. The Kokiri are such amazing creatures to spend time with and the accompanying music represents their child-like nature erasing any thoughts of how old they really are. In my opinion, this is the perfect introduction for a newcomer to start a Zelda game because of its simplicity in moving around the designated area. Those who have played the Ocarina of Time 3DS remake may have had nostalgia, like myself, when exploring Kokiri Forest again while (if you used the 3D effect) the fairies seemingly pop out and fly around just in front of your astounded eyes. It all seemed so magical!

Do you remember the first time you explored Kokiri Forest? What are your thoughts on the theories about Kokiri Forest and the Kokiri? Do you think the Kokiri act like the Hobbits from Lord of the Rings?