Theory: Could the New Breath of the Wild Sequel Feature a Multiplayer Campaign? 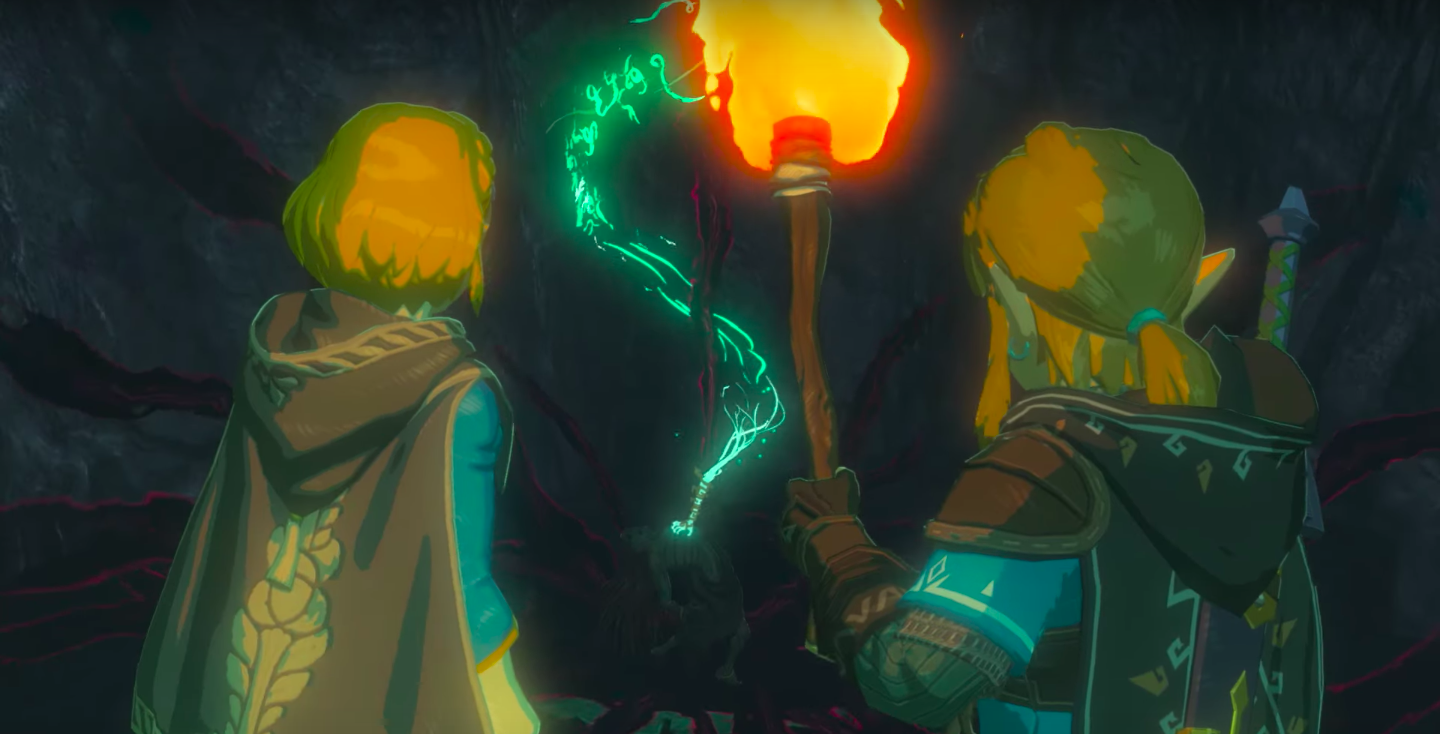 Coming right out of left field, Nintendo unveiled their newest Zelda project. That project is, of course, a sequel to 2017’s Breath of the Wild.

Not only does the trailer treat us to an updated design for Link, which seems to be a mashup of the Champion’s Tunic and Hylian Tunic, but it shows Zelda sporting a new look as well. Although the only new additions to Zelda’s appearance may be a new hairdo and caped hood, the outfit doesn’t shy away from screaming “adventure.” This new adventurous take on Zelda’s fashion begs a particularly interesting question – will Zelda be playable in this new game?

That is certainly a possibility, as in a 2017 interview with Eurogamer, series producer Eiji Aonuma admitted that a Zelda game could one day feature a female playable protagonist. Yet, that is not the only possibility presented in this new trailer. In a 2016 interview with IGN, Aonuma hinted that the next game after Breath of the Wild may feature multiplayer components.

Here is what Aonuma had to say on the matter of multiplayer in the next title:

“I would like to take what I learned from Breath of the Wild and see if we can somehow fuse those learning points into another multiplayer Zelda. For example, with Tri Force Heroes, which followed a similar format of Four Swords, there was a multiplayer involved in that game. That’s definitely a possibility and we will continue to [experiment] throughout the Zelda franchise.”

The presence of multiplayer in this sequel doesn’t denote it as a main feature, though the evidence may suggest otherwise. Given the quote from Aonuma and the appearance of a more adventurous Zelda in the upcoming sequel, it seems more than likely that the next game may feature a multiplayer campaign. Such campaigns have been featured before in the Zelda series, though never in the caliber of Breath of the Wild. Including such a feature in the main campaign would, just like its predecessor, evolve Zelda in ways hitherto unseen within the franchise.

Having two to four players on screen in a top-down view is one thing, but letting two roam a vast and expansive world from a multitude of camera angles is another feat entirely. The big question when considering this is the execution – how will the developers pull it off? The game could limit the players to where they are only allowed to be within a certain proximity of each other, as was the case with old LEGO games. However, a split screen experience is more likely. Still, a split screen can become an annoyance at times, especially in a world as large as the one this sequel is bound to have. This is purely speculation, though it is possible that  Nintendo will have released a new system to the Switch family that may feature download play, thus allowing both players the entirety of their own screen.

A campaign focusing on multiplayer would allow the developers to take the gameplay in a myriad of directions, from allowing creation unique strategies for taking down enemies, to a “divide and conquer” approach to dungeons. Those concerned about required multiplayer need not worry much, as the odds of Nintendo making that the only way to complete this game are next to none.

Though the idea of the sequel to Breath of the Wild allowing the ability to play with friends and family may be exciting, and the evidence supporting the possibility is a bright gleam of hope, a confirmation or denial of this reality seems far down the road. Until then, what do you think? Will the new game feature multiplayer, and if so, in what capacity? Let us know in the comments below!

Comments
Sorted Under: Breath of the Wild, Editorials, Games, Tri Force Heroes
Tagged With: No tags were found for this entry.