The Way of the Hero

Posted on April 13 2013 by Dathen Boccabella 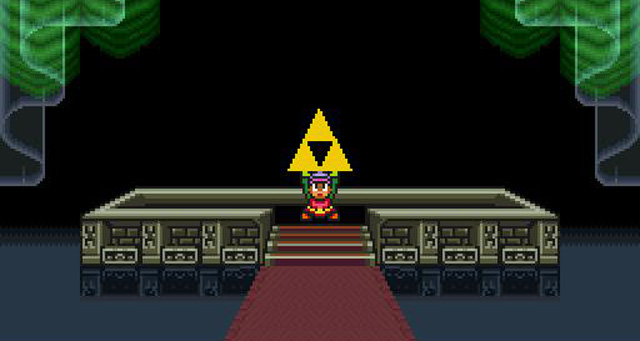 This editorial is part of classics month, and as such may contain theories and ideas that do not take Hyrule Historia or Skyward Sword into consideration. That being said, enjoy the read!

“May the way of the Hero lead to the Triforce.” – A Link to the Past Maidens

The Sacred Triforce, the Holy Relic of Hylian culture. The symbol of religion and an object of power. It is mythical and legendary. Simultaneously spiritual and physical. A part of the Essence of the Goddesses left behind at creation. It goes without saying that such an artifact would be highly sought after – for both good and for evil.

The Legend of Zelda series’ overall storyline, although not free from deviations, is focused around the conflicts that arise from seeking, obtaining, using and loosing this power of the Gods. From the villainous Ganon, to Princess Zelda, and of course, the Hero Link – the Triforce and its parts pass from person to person throughout generations.

As we look at each and every game in the 25 years of the Zelda series, it becomes clear that at the end of the path of the Hero, the Triforce lies in wait. Whether in its fullness, or in part, the Triforce seems integral to the life of a Hero. As the line of the seven maidens in A Link to the Past reads: “May the way of the Hero lead to the Triforce.” However, this catchphrase bears much more relevance to the series than is apparent in A Link to the Past alone!

As the name suggests, the “classic” approach is reflected accordingly in the original Zelda titles. The 1986 Legend of Zelda sees Link journeying to gather the eight fragments of the Triforce of Wisdom; leading to the inevitable defeat of Ganon where Link also gains the Triforce of Power. If we then add its sequel, Zelda II: The Adventure of Link, we see the same Link questing to obtain the Triforce of Courage. 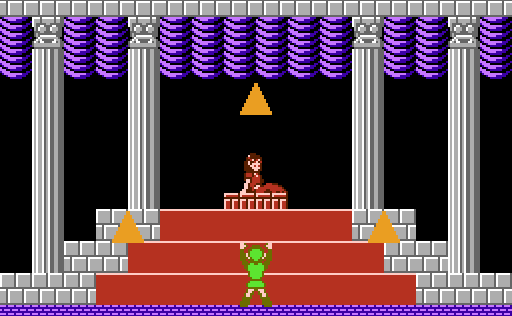 The game that ushered in the “modern” usage of the Triforce was Ocarina of Time. Initially the game saw Link working to Zelda’s plan of obtaining the entire Triforce before Ganondorf does. However, when Link is sealed away in the Sacred Realm for seven years, it is Ganondorf who touches the Triforce. It splits into three parts, leaving only the Triforce of Power in his hand.

That’s not to say that the parts of Wisdom and Power aren’t prominent to the story, but they are not possessed or used by the Hero. In The Wind Waker Link, the Hero of Winds, obtains the Triforce of Courage through collecting its eight shards. The piece comes to dwell within Link, to the King of Red Lion’s surprise, and he becomes recognized by the Gods as a Hero. Although the Triforce is united in full at the game’s conclusion, Link does not come to posses it.

Twilight Princess tells the tale of a Link, deemed the Hero of Twilight by fans, that already possesses the Triforce of Courage before the story starts. He carries the Triforce all the way through the game and all signs point towards him retaining the piece after Ganondorf is thwarted. Again we have the journey of the Hero focusing on possession of only the piece of Courage, not the entire, or “true force”.

The Hero’s Spirit of Twilight Princess, largely believed to be the Hero of Time, interestingly states that “a sword wields no strength unless the hand that holds it has courage”. You can take that to be a fairly generic truth, or rather, a bold statement that Link can’t be a true Hero without the Triforce of Courage in his hand. Twilight Princess strongly asserts the “modern” approach into the Zelda mythos, if it wasn’t already well established through The Wind Waker and Ocarina of Time. 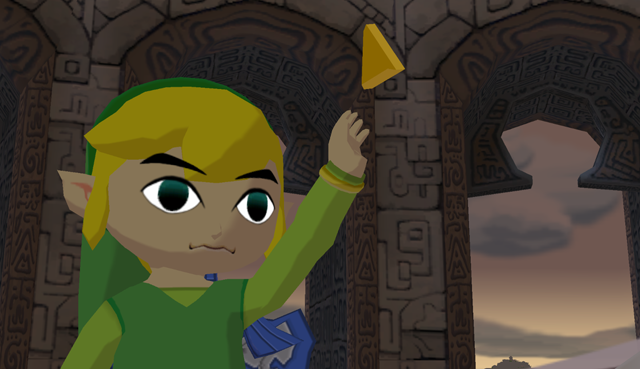 It is true that back in the 80s and early 90s the way of the hero lead to the Triforce in its entirety. Being a Hero was about having a balanced heart – a balance between the forces of Power, Wisdom and Courage. Now, being a Hero is all about Courage. Once upon a time The Legend of Zelda was about ensuring the whole Triforce was in the right hands, but now it’s about Courage being in the hand of the Hero so he can overthrow Power.

The original Legend of Zelda saw Ganon holding Power and Zelda holding Wisdom before she shattered it, but not until Ocarina of Time did the Hero solely hold Courage. The Adventure of Link, although a journey for the piece of Courage, ends with Link holding the complete Triforce. It is without doubt a logical progression to grant Link the piece of Courage in the developer’s eyes, as he is a courageous Hero, but the question remaining is why the change?

Do the developers want us to see the defining attribute of a Hero as ruling the True Force, or merely possessing the Triforce of Courage alone? The game where it all changes, Ocarina of Time, raises questions. Are we to believe that if Link had beaten Ganon to the Triforce would he have possessed the True Force? It seems more likely – given Sheik’s wisdom that those with unbalanced hearts will obtain only the part they believe in most – that Link was only ever intended to claim the piece of Courage.

Theorists and timeline enthusiasts no doubt have several theories explaining this apparent difference. Considering the expansive history of Hyrule that the series has covered, there have been times when Hyrule has needed a “Juror of Courage” to defeat the “Forger of Strength”, and rescue the “Keeper of Knowledge”. On other occasions Hyrule has required a Hero, even a King, to rule over them with the Power of the Gods and save them from the “road to ruin” – not unlike the King from the Adventure of Link backstory.

Whatever theory or explanation there is for the division between the “classic” and “modern” approach, we can never make the mistake of thinking of the “modern” approach as a mere change of direction in the series. It isn’t a recent or new addition, for the Triforce being split into three pieces and possessed by separate individuals is fundamental right back to the original three games in the series. The point of contention is how the Hero’s relationship with the Triforce has changed as the series has progressed.

Whether united or separated; physical or spiritual – the Triforce has many attributes. Not all of those fit together harmoniously, and the Hero’s relationship to the Sacred Relic is yet another one of the divides in the Zelda mythology. Theories and speculation will do their part at answering such questions for us as individuals, but collectively there is no definite truth to date. All that we can be sure of is that whether in part or in full, the way of the Hero will always inevitably lead to the Triforce. 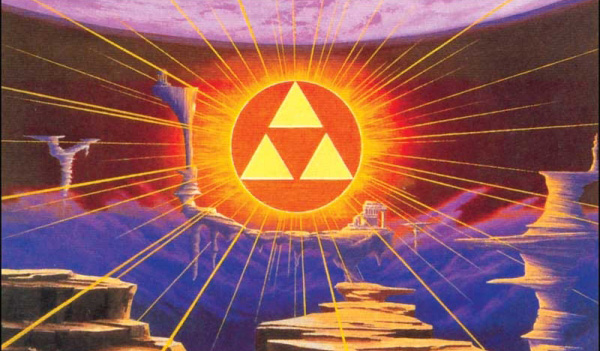