The Legend of Zelda 25th Anniversary Symphony: The ZI Review

The Legend of Zelda 25th Anniversary Symphony was, as you probably expected, a fun-filled night dedicated to our favorite video game series and its classic musical history. I didn’t attend as press for reasons I’ve already gone into, so this time I’m not delivering my impressions of the event as some kind of VIP – just as a longtime fan and music lover.

Want to know how great the musical arrangements, performance, and visual atmosphere were? How about the special surprises slipped in at various moments throughout the symphony? All that and more detailed below.

The Venue – Decking Out the Pantages for Zelda‘s 25th

It’s rare that I give anything a perfect score, but this time it’s definitely deserved.

The Performance – Orchestra Nova as the Zelda Symphony Orchestra

Before the orchestra got a chance to play a single note, Eiji Aonuma graced the stage to introduce the concert, joined by his translator, Bill Trinen – as well as by a massive outburst of cheering and applause. His first words? “You know me?” Laughter from the audience. He discussed what was on the agenda, promising “spoilers” at some time during the concert – which set my ZI instinct spinning, since at this time of year “spoilers” means “Skyward Sword” – as well as discussing how the Tokyo concert brought people to tears and his hopes to see the same reaction this time around.

From there, conductor Eímear Noone began to speak, guiding us into the night’s first tune: the Hyrule Castle theme from A Link to the Past. She’s an absolute joy – her voice is really soothing and sweet and it almost felt as though she was Princess Zelda herself, walking through 25 years of Zelda with us. I’ll admit that it wasn’t a pristine-perfect performance – there were a few lapses in tempo, abrupt near-misses, dynamic wtfs, and so forth – but that doesn’t mean it didn’t sound and feel pretty awesome generally speaking.

I won’t bother to go into the whole program – you can view it here if you’re curious to see everything that was on the list – but I’ll focus on some of my favorite moments. The arrangements in general were better even than I expected, with some interesting uses of instruments that just don’t feature in the original scores, particularly the string sections which don’t usually get a lot of love.

My absolute top moment of the night was the Wind Waker Symphonic Movement, which guided us through many of the iconic scenes and songs. We started off with the Legend of the Hero, then took a trip to Outset Island, one of those few songs that does feature some heavy synth strings in the original track but has never sounded better than with live instruments. Powerful stuff, and coupled with the video in the background it really felt like a combination of Zelda nostalgia trip and once-in-a-lifetime musical performance – and I guess in a way it was. Segueing into the Great Sea theme, through Zelda’s and Link’s awakenings, and into the final battle with Ganondorf was a really classy way to celebrate the game’s near-perfect soundtrack and storyline.

Twilight Princess got the same treatment, with similar impact. These movements were so good that I found myself wishing that they’d given more games their own spot on the program. I suppose that’s not to say that hearing Gerudo Valley, Zelda’s Lullaby, Ganondorf’s theme, and all the other medleys and suites dedicated to boss battles, overworlds, dungeons, and more wasn’t great – just that these movements were so great that I didn’t want to leave a single game out.

Speaking of games left out, I didn’t hear a single piece from any of the Game Boy games or Zelda II. Maybe they’re saving them for the full tour? I certainly hope so, since The Adventure of Link, Link’s Awakening, and The Minish Cap have some great tracks.

The night ended with a surprise solo performance of Grandma’s Theme from Koji Kondo himself – really beautiful and touching and I’m happy to say it was positively pristine as well. After that, we got to hear one last piece from the orchestra: Skyward Sword‘s theme song, the Goddess’s Theme, accompanied by the Harp Trailer we posted up yesterday evening. What an epic way to show off a brand-new trailer. I can’t replicate that feeling for you, but maybe if you take another look at the trailer you can imagine what it must have been like to watch it accompanied by a live orchestra:

I wish I could give the performance full marks, but it wasn’t executed perfectly and some technical malfunctions with the back screen mean I can’t do so in good conscience.

Sorry folks, but full marks only go to perfect performances.

The Audience – This Isn’t Comic-Con, Kids

I don’t think symphony reviews usually talk about the audience much, but this is a special case that I feel warrants special attention. Let me put it as frankly as I possibly can: this was the worst audience I have ever had the displeasure of being part of. First of all, I know it’s the Zelda Symphony and you want to show off your Zelda colors, but it’s still a symphony, it’s still at the Pantages, one of the classiest venues in Los Angeles, and that means t-shirts and jeans are unacceptable. Yeah, yeah, I know the staffpeople running the demo booths had t-shirts and jeans – they also weren’t (as far as I know) part of the mainstream audience for an orchestra performance.

While I’m on the subject of unacceptable behavior: you do not clap and cheer as loud as humanly possible during an orchestral performance, or any other concert hall musical event for that matter. Particularly not right in the middle of a song or during important transitions. I know you love the Dark World theme from A Link to the Past, but yelling out “OH YEAH!” at the top of your lungs the minute you see it show up on the video screen means no one gets to hear it kick off. Don’t clap and cheer until the conductor lowers her hands to signify the piece is over – and hell, don’t cheer, you’re just supposed to golf clap and let them move on with the show.

What’s more, people were laughing out loud at the most inappropriate times. Okay, sure, I’ll give it to you that Link getting catapulted into Forsaken Fortress is pretty hilarious, but there was nothing else shown on screen that remotely warranted the kind of laugh-out-loud responses that issued from the audience a bit too often – particularly the guy sitting right next to me, who seemed to think everything was funny. Let out a chuckle if you need to. If you can’t behave yourselves, don’t come. You’re ruining it for the rest of us.

I remember reading about how the Japanese concert didn’t get video because Koji Kondo insisted that the audience focus on the orchestra and the musical performance, and now I totally understand why – Zelda fans don’t deserve it. They can’t control themselves. This isn’t fucking Comic-Con – this is Zelda Symphony.

I’ll give the crowd their one redeeming quality: they actually managed to shut up so everybody could listen to and enjoy Koji Kondo’s solo. That’s great, but it’d be nice if I didn’t have to cringe during every other song on the setlist.

Come on guys, I know we love Zelda, but that means we should give it every ounce of reverence and quietude it deserves. What a rude and terrible audience.

In the end, my wife and I managed to enjoy ourselves despite constant distractions from the crowd, and that’s what’s ultimately important. Great Zelda music and a great atmosphere plus surprises from the Zelda team = epic event. Capping the night off with Skyward Sword meant we ended on the highest of high notes, and I don’t think I’ve ever been more excited to be a Zelda fan. 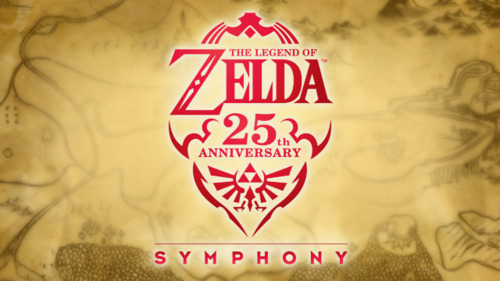