The Zora Enemy — More Than the Standard Monster? 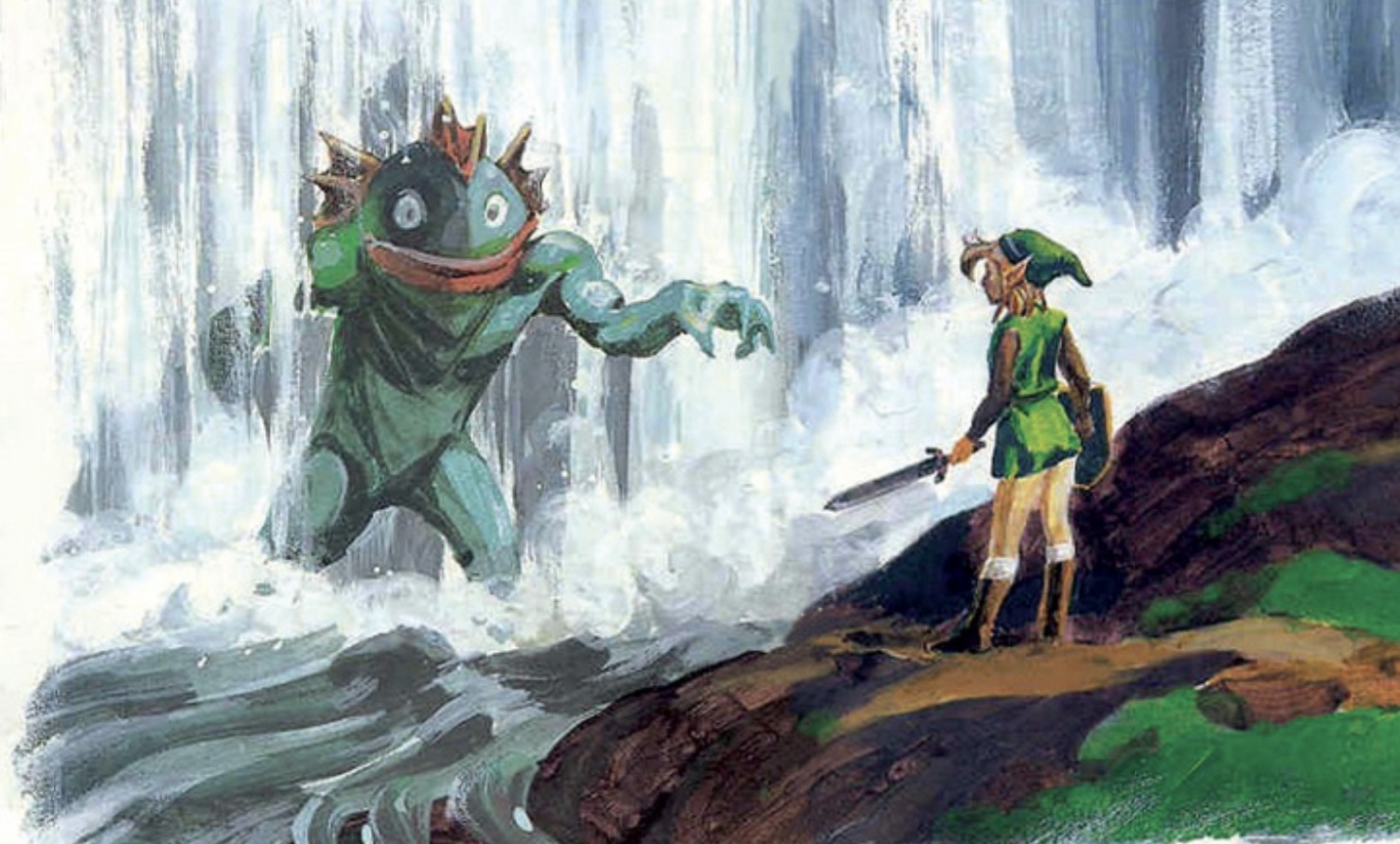 The Zora stand out as one of the more prominent races in the Zelda series, second only to the Hylians, and arguably in equal position to that of the Gorons. When mentioned, the first thing that comes to mind is likely to be Princess Ruto from Ocarina of Time, or the Champion Mipha from Breath of the Wild. Both NPC’s are prominent figures from their time, forming part of their own royal family and cementing the fact that their species are distinctly civilized, and at a base level, evolved. But was this always the case? Was there a time when the Zora were little more than a standard enemy? Or could it be argued that the Zora form of monstrosity still beheld the capacity to think as a people?

If you look back in real time and to the beginning of the Zelda series, you could be forgiven if you held the belief that the Zora were a simple foe. In The Legend of Zelda, the Zora took any opportunity to spit an attack at Link, and that behavior followed suit for a lot of the earlier games in the franchise. This pattern is similar to that of other simple enemies, including Moblins and Octoroks, whose base function is to make life difficult for Link when encountered in the overworld. Because of the simplicity of their purpose, why would the player suspect the Zora to be anything other than a dangerous obstacle?

It was only during the events of Ocarina of Time were we introduced to the Zora as a more complex people and an allied race. They boasted their own cultural and religious backgrounds, as shown by the care they offer their guardian deity Lord Jabu-Jabu. And although they still seemed to keep their own secrets in their own domain, the Zora were linked to the Hylians through their trust in the Hylian royal family, which is demonstrated through the thinning of the falls which serve as entrance to their home when Zelda’s Lullaby is played. Bearing this in mind, with the timeline split that took place during the Era of the Hero of Time, it becomes easier to see how the Zora from former titles could be accepted as intelligent — if hostile — entities.

The Downfall Timeline features the Zora enemy quite prominently. After the Imprisoning War, we get our (timeline-relevant) first taste of how dangerous the Zora can be. As Hyrule declined during A Link to the Past, so did the Zora’s relationship with the Hylians. In fact, the only friendly Zora we come across is King Zora, and that’s because he’s out to make a fortune from selling Link a set of Flippers.

Notably, the Zora also have a stark physical contrast to those seen in 3D titles from different timelines. Perhaps this was because they had to evolve to become more menacing during difficult times with other races, as opposed to epitomizing some sort of standard monster appearance. It’s possible that this change can come down to sheer defense mechanisms, and it might be the first sign of the Zora adapting to an unpleasant world. Link’s Awakening depicts a very similar scenario involving a peaceful Zora, but as it takes place in a dream world, it could be argued that this is irrelevant.

As time moves on, we see the Zora more prominently in Oracle of Ages and Oracle of Seasons. This is where it gets interesting! We have the River Zora and the Sea Zora — the former being a foe and the latter being much more friendly. The lines blur in these games and we can begin to recognize that enemy doesn’t necessarily translate to a simple, standard or basic entity. Now we can re-evaluate what we’ve seen from the Zora in this timeline because, if there are civilized factions in this present, surely they must have existed in the past, even if we couldn’t see them.

One friendly Zora from Oracle of Ages notably said, “Don’t think us noble sea Zoras the same as those savage, vulgar river Zoras!” This statement acknowledges that there is some sort of recognizable link that groups them together, even if it’s just physical, and proves that there is a social or civil difference between the two. If social and civil differences can occur between the two factions of Zora, it can be assumed that both sides have enough wit to form their own beliefs and to act upon them accordingly. Furthermore, internal opposition between the two factions demonstrates that even the savage River Zora must have a political system of thinking, especially because they seem estranged from their royal leader. What spurred the River Zora to oppose their peaceful kin so vehemently? If we only knew, it might explain their opposition to the outside world as well.

A Link Between Worlds saw true political disruption between the Zora, where civilians deliberately ignored the wishes of their queen. Violent rebellion ensued and this is perhaps where the true decline of this race began to take place. By the time we pass through the Era of Decline, the Zora seem to have become outright monsters. Politically, this could have stemmed from the friendly Zora becoming such a minority during A Link Between Worlds. As generations passed, that minority could have grown smaller and smaller, until it was swallowed up by the territorial majority, and so erasing any memory of what once was a peaceful, welcoming people.

Now we come to it. By the end of the Downfall Timeline, the true monstrosity of the Zora is clear to see. None are friendly, none seem intelligent. None show enough wit to even communicate with Link to make a profit. They’re tough fighters, which explains the expansion of their territory from the watery depths of their usual habitat to dry land, even deserts. Was it evolution that allowed this to happen? After all, we know that the Zora evolved to become the Rito during the Adult Timeline. Or should it be blamed on devolution instead? Did savagery under the influence of Ganon and angry resilience during darker times beat out every shred of what made this race a people? This could certainly be the case, as the Zora also became decidedly hostile by the end of the Child Timeline, when Ganondorf was reincarnated during the Shadow Era.

If you ask me, behind the menacing exterior of the Zora in the earliest Zelda games, there is hope that some driving force, whether social, political or even cultural, might still exist, even if outsiders can’t see it. From this, some proof might be offered to show that what seems to be an outright monster, may just be a hostile but intelligent species demanding its place in a war-torn, terrifying world.

Judy Calder is a Copy Editor for Zelda Dungeon.  She takes care of the Fan Fiction Friday series on the site, and loves a good fairytale. You can follow her on Twitter here.

Comments
Sorted Under: A Link Between Worlds, A Link to the Past, Editorials, Editorials, Games, Link's Awakening, Ocarina of Time, Oracle of Ages, Oracle of Seasons, Original Content, Slider, The Adventure of Link, The Legend of Zelda
Tagged With: No tags were found for this entry.