The Zelda Series’ Next Revolution 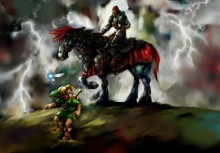 It’s unquestionable that Ocarina of Time was a revolution for Zelda, Nintendo, and the entire video game industry. While its foundation was instantly recognizable as the standard Zelda formula, it raised the bar for 3D action games and set precedents that are still followed to this day. While one radical opinion is that Zelda games haven’t changed since the release of the original title, a much more common one (an opinion I still disagree with) is that there haven’t been many fundamental changes to the series since Ocarina of Time was released. Whether that’s true or not, it’s nearly indisputable that Ocarina of Time was the last Zelda game to make a huge impact on the industry.

Another game aptly fits a similar description: Super Mario 64. Anyone who questions its influence on platformers need only play Banjo-Kazooie or even some post-Super Mario 64 Sonic games, which combined adventure elements and minigames with classic platforming. Unlike Zelda, Super Mario 64 turned the standard Mario gameplay on its head, but it still felt oddly like a classic Mario game.

While the “more of the same, just with gimmicks” charge was leveled against the more recently-released Super Mario Galaxy, I can’t fathom anyone who’s actually played the game actually holding that opinion. It made for a second revolution in the Mario series and in 3D platformers (barring Prince of Persia: The Sands of Time, a different type of platformer). It trimmed the exploration significantly, focusing instead on precision platforming that controlled almost seamlessly. It also cemented the style for modern 3D Mario games, resulting in two titles — Super Mario Galaxy 2 and Super Mario 3D Land — that looked and played similarly. 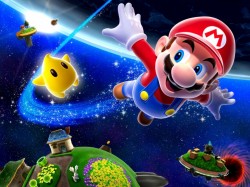 There are two ideas that seem to stand at the forefront of Super Mario Galaxy. It is both a return to the fundamentals that made Mario games so popular in the first place — mostly linear levels focused on platforming and branching paths with secrets — and an advancement of the series. After all, making a good 3D platformer is exceedingly difficult. The camera tends to get in the way, it can be hard to judge distance from enemies and platforms, and maneuvering can be slow and cumbersome in a genre that, in 3D, demands fast reaction times. With the help of its “gimmick,” Super Mario Galaxy fixed most of those issues.

While I got my start on gaming with Super Mario Bros., Super Mario 64 remained my favorite Mario title for a very long time. Super Mario Galaxy amazed me so much, raising the bar for art direction, music, and everything else about the series, that it has since supplanted the first 3D Mario game as my favorite. Judging by reviews and the other Mario games available since then, a lot of other people at least liked it. Its ideas were daring, throwing out or at least reducing much of the beloved exploration and item collecting that defined 3D platformers for two generations.

So what does that have to do with Zelda?

The Zelda series has seen ample changes since Ocarina of Time. After Aonuma took charge, some radical differences immediately made an appearance: Games were far more linear, more puzzle-based (try finding a post-Ocarina Zelda fan who doesn’t think the games are all about puzzles!), and more overworld- and story-driven. Transportation overworlds have come to define the modern era for Zelda, and the games have become much longer as a whole.

This evolution, however, has been gradual. Very few people — including myself — could point to one single game as a radical change from Ocarina of Time. This may be because, as previously mentioned, Ocarina of Time itself built on the foundations. However, I have often wondered what it would be like if a Zelda title messed with fundamental expectations and sent the series on a new course. 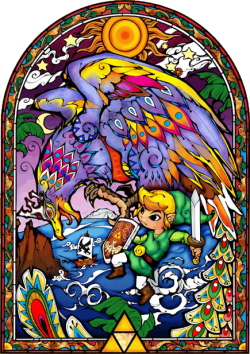 The Wind Waker obviously started something with both its stylized graphics — mimicked by three games (The Minish Cap, Phantom Hourglass, and Spirit Tracks) — and with its transportation overworld. I would call it a small revolution. It certainly defined the direction of one “branch” of the series, lending Zelda games a consistent style that they hadn’t had since the early days. Even Skyward Sword’s own brand of artistic graphics, while clearly different from The Wind Waker’s, may not have been possible without Nintendo’s prior achievement.

One could also argue that Majora’s Mask changed things. In spite of the fact that it’s often pinned as the darkest Zelda game, it clearly laid the groundwork for The Wind Waker’s tone, bringing whimsy to the fore. It also brought the focus to the overworld rather than to dungeons, a trend that was followed by every subsequent console Zelda game, barring, perahps, Twilight Princess. And it emphasized a linear storyline and sidequests, which were both relatively new.

However much Majora’s Mask and The Wind Waker changed about the series, it’s unlikely most gamers took note. Superficially, Majora’s Mask felt very much like a sequel to Ocarina of Time, utilizing many of the same characters. It was also released too close to the first 3D Zelda entry to count as another major revolution. The Wind Waker turned heads, but mostly due to its artstyle and setting. The gameplay, though influenced by the setting, clearly built on the groundwork laid by Majora’s Mask.

So while one could argue that a second 3D revolution for Zelda has already occurred, none have made quite the impact that Ocarina of Time did.

Aonuma recently said that his development team is trying to “rethink the conventions of Zelda.” And as much as I love the past few releases, I think it’s about time.

It’s anyone’s guess what we’ll see from the series in the future, but it’s safe to say — based on Aonuma’s own words — that we’re likely to get more open worlds, with an overhaul of the conventional structure that has defined the Zelda series since its inception. As previously stated, I disagree with anyone who says the series has not changed since the first game. It has changed fundamentally, with both improvements and simplifications.

If an emphasis on exploration and a more “open” approach to both level design and game progression is undertaken, I think it’s very likely we’ll see another Mario Galaxy. It will probably still be recognizable as a 3D Zelda, with the working conventions remaining in place. But instead of just building on recent entries, it may return to basics as well, and make those basics work in 3D once again. Since Ocarina of Time already did this so well, perhaps a new Zelda game could approach it from a different angle. 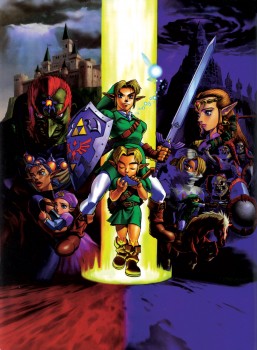 Since Ocarina of Time, we haven’t been treated to a “classic” Zelda setting. Some might argue that Twilight Princess was a return to basics, but with the Twilight Realm and Western motifs being so prominent, it still didn’t have the basic fantasy atmosphere that Ocarina of Time and its predecessors (barring Link’s Awakening) did. The perfect way to herald this second revolution would be to show how it works in a conventional Zelda world. This will help ground the game so it still feels identifiably like Zelda. Since The Wind Waker is being remade and the toon aesthetic has now featured in four games, a return to that style could also be considered classic Zelda.

Most importantly, I think the game industry needs to see what this series can do. Open world games have come far in recent years, but most of the AAA ones have seemingly been variations on two inspirations — either Morrowind, the first Elder Scrolls game to bring overworld exploration to the fore, or Grand Theft Auto III, the first GTA game to bring the no-holds-barred gameplay of its predecessors to the third dimension. What could another open-world Zelda bring to the table? Even if it’s not quite open-world, how could a second revolution in this series — whatever that entails — change the face of the game industry again?

Only time will tell, but it’s worth seeing what the future holds for this series.