The Legend of Zelda Soundtrack 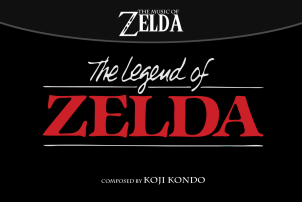 Several months back I began a process of revamping the music section of Zelda Dungeon, but it ran into numerous problems, most notably where to host and stream the music from. After a couple months of being neglected, I’m hoping to get things back on track and it starts with the release of The Legend of Zelda Soundtrack. The soundtrack page includes information on all the tracks for both the NES and Famicom versions of the songs, along with links to places where you can stream and download the various tunes. In addition to just the songs, there are also links as to where you can download zipped packages of all the games sound effects. There are also links to where you can find orchestrations of some of the tracks.

Special thanks to Hyrule.net and ZeldaPower for hosting much of the individual track downloads and allowing us to link to their respective sites. Thanks to Noproblo for providing all the game sound effects and Zelda Reorchestrated for the orchestrations.

You can download the complete soundtrack for both versions of the game, along with all the game sound effects over at our parent website, Atomic Gamer.