The Integrity of Zelda’s Lore

After over 25 years, we finally have a clear-cut timeline, and some very basic facts laid out: There are three Triforce pieces, several heroes, several princesses, and a monstrous succession of villains bred by hatred. But for every question each new game answers about the series’ lore, more questions arise. How does this world work? What is its history really like? How much of what we see in each Zelda game can we trust, when the series is mired in apparent contradictions that only sort themselves out through a convoluted timeline?

Compare to The Elder Scrolls, with its lore that rivals that of Middle-Earth in its clarity and richness. Its political factions constantly vying for power, its supernatural elements played against a fairly realistic world in both aesthetic design and complexity. Compare to Halo, a series in a much less story-driven genre, which nonetheless boasts several books and a cohesive backstory to its faceless main character. There are countless game franchises that develop their backstories in a linear way, reminiscent of (and sometimes similar to) that of books, movies, or television shows.

The Legend of Zelda is different. At face value, its looks like high fantasy, with its large cast of characters and its rich history. But it plays out more like a fairy tale, and people both familiar and unfamiliar with the series could probably point out the framework of most Zelda stories. There’s always a villain — if not Ganon, then an analog for Ganon. The villain is often trying to seize some relic, usually the Triforce. The princess is often, but not always, kidnapped or put in some kind of peril at some point in the story. Link, of course, fulfills his role as the hero and saves the day.

If Zelda is a high fantasy series in the tradition of Lord of the Rings, how does this repeating story make any kind of sense? Furthermore, why are the different iterations of Hyrule so dramatically different in terms of geography?

The answer is that this is actually legend; the story is shaped by uncertain tales passed down through generations, through an oral tradition that is even acknowledged by Fi at the beginning of Skyward Sword to be unreliable. The world we see may or may not be the world as it is or ever was.

This apparent lack of consistency between the stories of separate games is not unusual for Nintendo. Early NES games had the distinction of bringing story and a motive to individual console games, which were descended from mostly-plotless arcade games. Mario had to save Peach and the Mushroom Kingdom. Link had to save Zelda and Hyrule. But between individual games in a series, there was rarely any consistency. Later, JRPGs raised the bar for story, and by the SNES era, Nintendo as a developer didn’t seem to prioritize the story the way other developers did. Still, Nintendo joined with developers like Square in forwarding the cinematic game in the Nintendo 64 era. Games like Super Mario 64 with its dynamic camera, Starfox 64 with its voice acting, and Ocarina of Time with its movie-like cutscenes, story, and scope, didn’t sacrifice story for gameplay either. Instead, they synergized them in a creative way that never compromised video games as an art form.

More than any other Nintendo franchise, the Zelda series has carried on this tradition. Each new game adds a new wrinkle to an overarching story, one that has been growing in breadth since Zelda II. That said, each new game also develops upon classic motifs. The story of Hyrule, now conveniently mapped out in an official, three-pronged set of timelines, is clearly linear. However, each game’s individual story is also a retelling of the same ideas. In that sense, the development of Hyrule is like a spiral that touches on some of the same points at every turn, but still moves ever outward and onward. It is a linear story with circular elements. 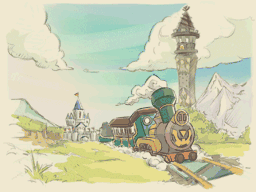 This all makes Zelda, in a sense, kind of realistic. While we’re lucky to have documentation that represents the Homeric epics, we’ll never know what the first telling of The Odyssey was really like. The legend of King Arthur still brings up several questions about its main character, whose existence is in question. Hyrule is, from beginning to end, an ancient, inconsistent world, wracked by war and apocalypse at every turn and only seeing real, progressive development in its single most apocalyptic timeline. The fact that there are three timelines — all retroactive, all probably originally unintentional — makes the apparently simple story much more complex.

It also allows for plenty of developer freedom. In one timeline, Hyrule, which, at the start, had clay robots from an ancient, advanced civilization and a gate which allowed time travel, ends with humble medieval towns in a sparsely populated wasteland that resembles the dark ages of our earth. In another, magic runs through new Hyrule like a bloodstream, and Link is a train conductor. But amidst all this confusion, what do we as gamers have to cling to? What makes this a single, cohesive world with a coherent timeline, and not an irredeemable mess?

Nintendo has done plenty to ground these games, to keep them consistent with each other even as they deviate wildly. The real paradox of the Zelda series is that it constantly does both of those things, and there’s a tug of war in every aspect of these games between the old and the new.

Gameplay reminds us of previous Zelda games. The Legend of Zelda was revolutionary, and Zelda II was unsettling for being so different, but every Zelda game since has relied on the familiar. Skyward Sword had plenty of block-pushing puzzles, Stalfos, and even the Triforce. Items we collected in the first game, such as the bow and arrow and the boomerang, have survived in subsequent games, or were replaced with analogs that functioned in much the same way. Even gameplay structure hasn’t changed much; it may have become more linear, and there may, in some games, have been more of a focus on sidequests, the overworld, or dungeons, but the fundamental elements have always stayed the same. In each game, you traverse the overworld, collecting relics and proving yourself to characters before pillaging dungeons for the items that allow you to progress and access new areas. You may or may not have guidance from the gods themselves, but Link is almost always in over his head, and he almost always wins. Link is at the center of every game, but he is also at the mercy of the world around him, providing wish fulfillment for the player.

Anyone who’s played Zelda games could recite the pattern in their sleep, but there’s a very real function to rehashing this established pattern: At its most basic, it’s what makes Zelda games identifiably Zelda. Change the pattern too much and you risk not only alienating older players, but losing sight of the series’ identity. It in itself isn’t too special; most games in a single series will follow a set pattern, even as they radically shift tone and even genres. As part of the overall artistic vision for the series, it makes even more sense. What better way to familiarize and re-familiarize players with the shifting and uncertain world and the vague lore that doesn’t match the rules of our world, than to bind the series to a set of rules underlying the interactive elements of an interactive form of art?

That’s not to say the other elements — aesthetics and story specifically — don’t also contribute to the overall vision forwarded by Zelda lore. I’ve already touched on how the story in these games functions as both a linear and circular narrative, and how it echoes the oral tradition of storytelling in ancient societies. What keeps it all together is the motifs, the throwbacks to previous games.

Nowhere is this more evident than in the prologue to The Wind Waker. It’s vague enough that it could potentially reference any Zelda story, but specific enough, both in its visual elements and in the text itself, that anyone familiar with the story of the Hero of Time can instantly relate to it. This draws a direct link between the first 3D Zelda and the third, which at the time appeared radically different to a good chunk of Zelda fans. Plotwise, The Wind Waker tied back in to classic Hyrule. This is the case with every Zelda game that takes place in Hyrule.

Every Zelda game that doesn’t take place in Hyrule also builds on a foundation set by prior games. Link’s Awakening, Majora’s Mask, and Phantom Hourglass go far afield in themes, settings, and even the governing rules of reality, but they are all the second quest (the personal, more psychological quest) of an existing hero who was established in a previous game. The Oracle games are less bizarre, and their stories are more conventional, but once again, the entire story features throwbacks to other Zelda games and established Zelda lore. 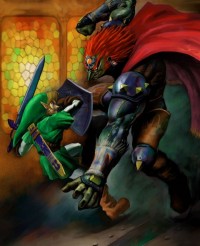 Aesthetics are also used to tie the games together. This should be self-explanatory, but thanks to Nintendo’s experimentation, it might seem an odd choice for an establishing trait. After all, there is little congruity between, for example, Ocarina of Time’s anime-influenced visual style and Skyward Sword’s impressionistic visual approach. That said, there are clues, both explicit and hidden, in each era of Hyrule that point toward past events. They’re not always the way we remember them, in scale or in outward appearance, but they do contribute to the mystery of the legend.

Hyrule Castle from The Wind Waker is a perfect example of every aspect of this aesthetic approach. It’s unfamiliar territory, like nothing else on the Great Sea. It’s very different from the Hyrule Castle we saw in Ocarina of Time, and nothing in this underworld resembles the Hyrule from that game, even though various landmarks throughout the rest of The Wind Waker (including Dragon Roost Island and the Forbidden Forest) have clearly established those connections. That said, there’s a statue of Link, probably the Hero of Time, in plain view, and a familiar tune plays slowly as Link explores the dead castle.

It is, of course, the Hyrule Castle theme from A Link to the Past. That game takes place in a different era and a different timeline. As the plot stands now, it is impossible not to see this as a thread that stretches across not just eras, but dimensions, and ties very different Hyrules together. Of course, once the path to the Master Sword is opened, connections to Ocarina of Time are made even more explicit: The major characters from that game watch over one of the most important locations, and one of the most pivotal plot points, in this ruined and unfamiliar world.

Connections like this help us understand Hyrule as a single, cohesive world, even as its lore is developed through uncertain retcons. Not every difference has to be rectified, so long as no Zelda game betrays the fundamentals of the series’ overarching story. Amazingly, none has done so quite yet, and the amount of space the developers are granted by the multiple timelines allows the story to continue to develop, even as each new game only brings up more questions.