The Greatest Moments of The Legend of Zelda: NES Era

The April issue of Nintendo Power has a neat feature showing off the greatest moments from The Legend of Zelda. The spread includes screen shots from some classic scenes in the game and includes a bit of commentary on each scene explaining why that particular scene is memorable. The spread includes the hungry Goriya who won’t let you pass without first giving him some food, the cryptic Lost Woods and the ‘secret’ Moblins. Click here for the full image. 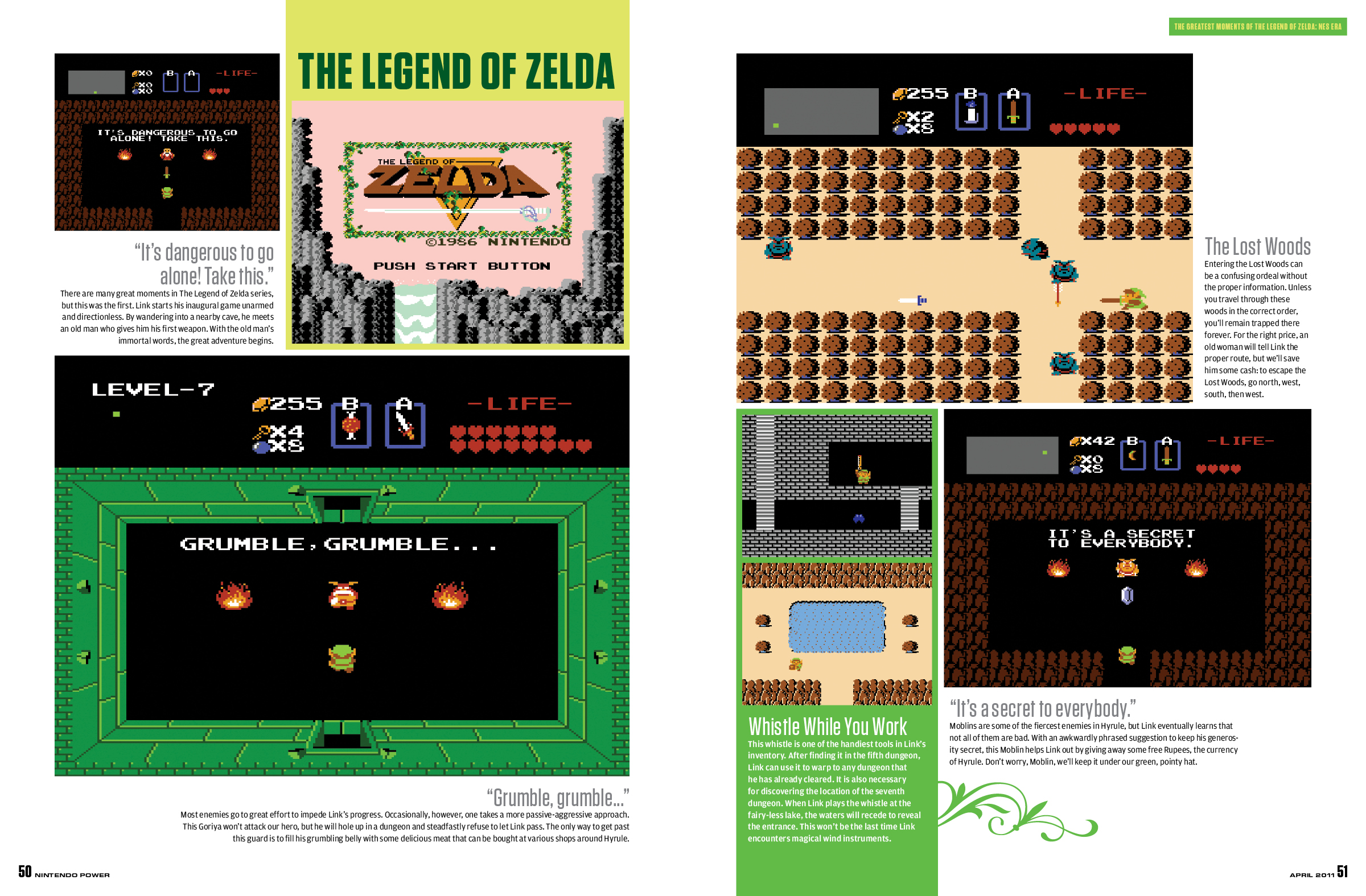 The feature is laid out nicely and invokes a bit of nostalgia. This spread is more of a beginner’s guide to nostalgia as it doesn’t go in depth into these features of the game. It does look very nice and the layout is pleasing to the eye. This feature is something that might make a nice poster for someone ambitious enough to print it out on some nice paper, and I’m glad to see the Nintendo Power remembers its roots.

Which of the features shown is your favorite? Are there other moments that you think should be included? Let us know in the comments.