The Educational Value of The Legend of Zelda 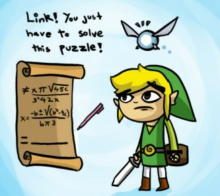 With the 2012 school year coming to an end, I think a lot of us will be catching up on some gaming this summer. If you haven’t beaten Ocarina of Time or Skyward Sword, it’s a great time to do it! But what about during the school year? We’re going to be looking at the actual educational value of the Zelda games; how they can benefit you and how you can use them as an excuse to get your mind going before a big test. Before we get going, just remember that gaming should never come before school or homework.

Find out just what we mean after the jump.

Zelda games have always been known for being puzzle-filled action adventure games. That’s our first point: Zelda Games Have Puzzles That Get Your Mind Going. 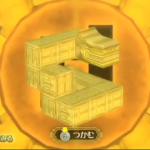 The first Zelda game featured simple puzzles, mostly finding out where keys are and where to put them. But as the technology (and thus the games) have evolved, so have the puzzles. In Skyward Sword, we didn’t see simple boss keys like we did in its predecessors. We saw abstract 3D shapes that the player has to fit into a small, perfect-sized hole in a door. These can take players quite some time to figure out before resorting to a guide or trying some other methods of doing it. One thing is that these puzzles keep the player’s minds going and keep them aware for future, similar puzzles.

Other daunting puzzles we’ve seen are commonly-known things like the Water Temple from Ocarina of Time. With a unique water-based puzzle, many players were frustrated, but have actively adventured for a solution.

Zelda Games Teach Us Something About Ourselves

The Zelda games all follow the same basic premise. A young man finds out that he’s a descendant of an ancient hero and must save Hyrule. Some sort of valuable life lesson can be found in most games. For example, Ocarina of Time taught us that friendship is a huge motivator after befriending Zelda and saving Saria. In The Wind Waker, Link is on a quest to save his sister, teaching us the same thing about family.

Every time I’ve played a Zelda game that has a story that can teach us something, I’ve been slightly moved by what Link is willing to go through and wish I had that kind of courage, which has pushed me to have that courage, which has in the long run motivated me to do some things outside of my comfort zone; something that I don’t regret. It’s also taught us that when in doubt, there’s always somebody that can give you an idea of what to do next. 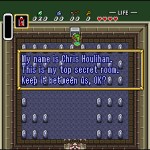 Without exploring, you wouldn’t know where to go next in Zelda games. How would you know where Kakariko village is in Ocarina of Time? We can use the same idea in life. Without some exploration, how will you figure out just what to do next in life? How will you find out how to find the correct answer to that math problem? Exploration isn’t just about going on a journey around the world, it’s about discovering something new.

Remember that lever puzzle in the first cave of Phantom Hourglass? Where you had to pull the levers in the correct order? We had to memorize the correct sequence. And in the various games in which you play in instrument, including Ocarina of Time and Spirit Tracks, many of us memorized the songs we played. There are a lot of different puzzles in sequences in Zelda titles that we don’t even think about. Memorization is a vital thing in life: numbers, formulas, names, all those things. Memorization is something that is used all through life and something that needs plenty of practice.

These are only a few of probably many points that I could make about Zelda and its educational value, but I think you get the idea. Remember like I said at the beginning of the article: no matter how educational a game may be, it shouldn’t come before school; there are plenty of consequences involved there.

Regardless of how educational or not the series may actually be, I don’t think it would be the same if there wasn’t some sort of lesson in the games. If games like Ocarina of Time didn’t teach us the importance of things like friendship, do you think it would still be the same? Regardless of gameplay and the actual bigger story, we want to know your thoughts.

Have a great summer break for those of you are off for the season, and we want to send a congratulations to the graduating classes of 2012, whether you’re a high school grad or a college grad!