The Different Roles of Companions 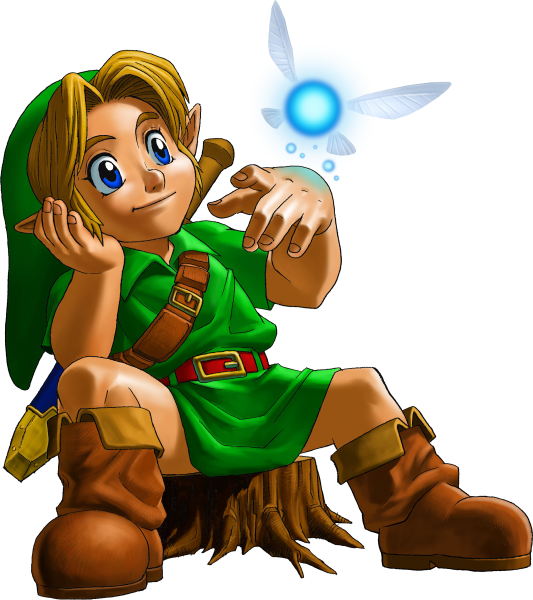 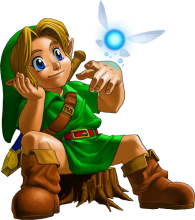 Companions have been a near constant feature in The Legend of Zelda ever since Ocarina of Time, when Navi was introduced. Since then, there have been many other companions featured within the world of Zelda. But what defines a companion, and what exactly are their roles throughout the games? Does Epona qualify as a companion? What about your Loftwing? Hit the jump to find out what I think!

In my opinion a companion is defined as a character whom travels alongside Link throughout nearly the entirety of his adventure. Most of the time when a companion is not in the game, it is towards the beginning, tutorial portions of the game. Characters that do not fit this criteria include, Epona, your Loftwing, and Moosh, Ricky and Dimitri from the Oracle games. The characters whose roles I will be looking at in this editorial are Fi, Midna, the King of Red Lions, Navi, Tatl, Ciela, and Zelda from Spirit Tracks. If that sounds like a lot, don’t worry. Some of the companions can be referred to in similar categories. Let’s start with the King of Red Lions.

You may be wondering; why did I include the King of Red Lions on this, but not Epona? Indeed, gameplay-wise, they serve basically the same function. If the Great Sea was instead Hyrule Field, chances are we would have used Epona to get around, rather than the King of Red Lions. However, the key difference here lies in story and character. The King of Red Lions plays an integral part in the plot of The Wind Waker, due to his true identity. It’s hard to imagine The Wind Waker with Epona instead of him, especially since Epona would need to speak, and that would frankly creep me out more than a talking boat. Without the King of Red Lions knowledge of the ancient Hylian language, we wouldn’t have been able to communicate with Jabun, and he likely would never have given us Nayru’s Pearl. So, the King of Red Lions purpose is both as a major character, and to help you proceed in the game. He can also give you hints using the Gossip Stone if you’re stuck during a dungeon. So, all in all, the King of Red Lions’ role is essential to The Wind Waker.

Next, we have what I like to call the fairy trio, consisting of Navi, Tatl, and Ciela. Though all three have different stories, they serve similar functions within the game. Tatl and Navi are built off of a similar engine, and serve the same function gameplay-wise. Ciela, on the other hand, acts more like a cursor for Link. All three are fairies, though, so I put them into a single paragraph. Navi is infamous for being annoying, constantly badgering the player to focus on the main story, rather than doing side-quests. To be fair, Navi can definitely help you if you have not played the game in a few weeks, and then go back to it not knowing where you were, or what your current objective is. Tatl, on the other hand, is usually seen as far less annoying and much more than simply a Navi clone. The sound she uses to alert you is less obnoxious, and she has a larger, clearer role in the story.  Ciela also has a clear role in Phantom Hourglass, at first suffering from amnesia, but recalling her true identity towards the end of the game as the Spirit of Courage. The role I believe that the fairy companions play as a whole, is later a one of familiarity. Numerous players’ first experience with Zelda was with Ocarina of Time,  so it makes sense to include fairies as companions in other games, perhaps as a form of nostalgia.

Next, Princess Zelda, specifically from Spirit Tracks. Zelda provides a key role in both the gameplay and story of the game, as she can take control of a Phantom’s body. This allows Link to traverse through areas he could not alone. It also allows him to defeat certain monsters, thanks to her help. It’s a refreshing change from the usual Zelda that we see in most games. In the final battle, Zelda uses her light arrows, as per usual, but it feels different in Spirit Tracks, because you have traveled with Zelda throughout the game. It has the kind of dramatic impact that I love. You can even control Zelda independently of Link. Zelda’s role in Spirit Tracks is by far the most involved she has ever been in a Zelda game, and I also believe she is the most essential companion in a Zelda game. You could beat your game without Navi, Tatl, or Ciela,  but you absolutely could not beat Spirit Tracks without Zelda’s help.

Midna was introduced in Twilght Princess as a selfish, rude character that seemed to care nothing for Link or Hyrule’s plight. As a companion to Link, she is very useful, allowing you into the Twilight, and helping you to defeat the beasts within. She also can give you hints and clues if you are stuck, and enables you to turn into a wolf later on. So, gameplay-wise, Midna is fairly unique from the other companions present. She is also unique in terms of story, as her backstory is very relevant to the plot of the game, and her character changes nearly completely by the end. Link and Midna’s interactions are interesting, too. For as we warm up to Midna, so does Link. At first, he clearly detests her for the manipulative way that she acts. But over time, Midna grows on Link, seen clearly when he attempts to save her from Zant, and the World of Light. He is also visibly furious when he believes she has been killed by Ganon, and distraught when she leaves their world forever. I believe Midna’s role was to connect the player to a character other than Link or Zelda, and I think it worked rather well. I personally loved Midna’s character, and would like to see another character like her in the future.

Fi was the companion introduced in Skyward Sword as the spirit that was inside of the Master Sword. Gameplay-wise, she gives what is the most detailed information about enemies and bosses. She can also give you hints in dungeons, clues to side-quests, and assess you on how prepared you are to be in an area. One of the more annoying aspects of Fi was the fact that she would tell you when your batteries in your Wii remote were close to dying, and when your hearts are low. Both of these were completely unnecessary, due to the fact that it appears on the screen when your batteries are low, and there is a constant beeping whenever your hearts are low. Otherwise though, Fi is extremely useful. In terms of story, she is the one who tells Link where he must go, and divulges important information to Link. Due to this, Fi doesn’t develop in character until nearly the end of the game, and it felt very abrupt to me, though the scene was still done very well. All in all, while Fi isn’t a character you may get very attached to, she is very useful gameplay-wise. Her role is as an informant, through and through.

Companions are in Zelda to be exactly that; a companion. They are the only characters that you are with nearly constantly during your adventure. They become friends to Link, and to the player as well. They also provide support from a gameplay standpoint, giving you essential information throughout the adventure, and are almost always useful. While they may be annoying at times, it is worth it for the fact that they are with you, and otherwise you would be undertaking these immense tasks on your own. That, I believe, is the most important role a companion can take throughout a game. But what do you think? Do you hate certain companions with a fiery vengeance? Or do you see them merely as a support system?