The Definitive Ranking of Twilight Princess

Where does Twilight Princess rank among your favorite Legend of Zelda titles? In our newest series on YouTube, the Definitive Ranking of Zelda, we set off to answer that very question. Gooey and I have rated the game across ten categories which we believe make a Zelda game special. We also polled both the Zelda Dungeon staff, as well as the community, in order to try to get a full picture of how Twilight Princess stacks up. The results are in, with over 500 responses in the Community poll. 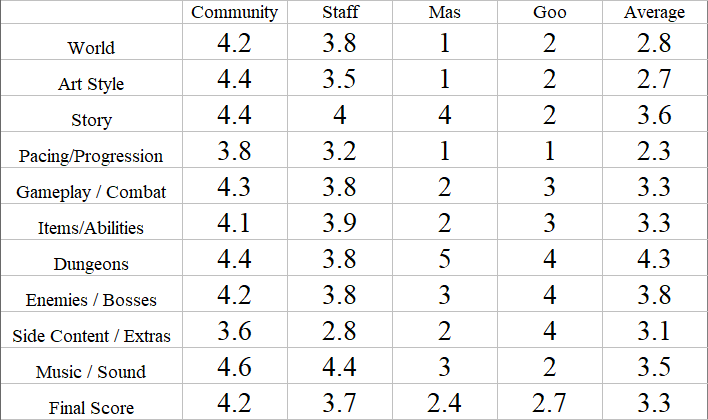 The numbers are ranked on a 5-point scale, with 5 being a score of excellent and 1 being a score of poor. While these numbers are open for interpretation, it is important to understand that we ranking Twilight Princess not as a general video game, but specifically as a Zelda title. Obviously it’s a video game that is held very near and dear to our hearts. For me personally, it is one of, if not thee greatest game for the Nintendo Wii.

For the month of February, we will be covering Oracle of Seasons. Just as with Twilight Princess, we have an open poll for the community to vote on. We will be using the same ten categories across all games. So have your voice be heard and vote today. The poll will be open from now until February 10th, so there is plenty of time to replay the game. After each month, we will be compiling lists as to what the community, the staff, myself, and Gooey each have as our definitive ranking of the Zelda series.

Vote in our Oracle of Seasons community poll.

Comments
Sorted Under: Ranking Zelda, Slider, Twilight Princess
Tagged With: No tags were found for this entry.