The Definitive Ranking of The Adventure of Link

Where does The Adventure of Link rank among your favorite Zelda games? In our Best Zelda Ever rankings from last November, we ranked the title in the top 20, although there was one year it just barely reached the top 10 on our annual list. The Adventure of Link has been widely regarded as the black sheep of the Zelda series because of its abrupt change in gameplay style compared to the previous game, the original The Legend of Zelda. However, the game does have its fair share of fans. In this month’s Definitive Ranking episode, Gooey and Mases dive in and give their thoughts about The Adventure of Link.

Like with previous episodes, we also polled the staff here at Zelda Dungeon, along with the community as well, so you can view those results down below. Also, make sure to check out the newest episode above to get the in-depth analysis behind the numbers. 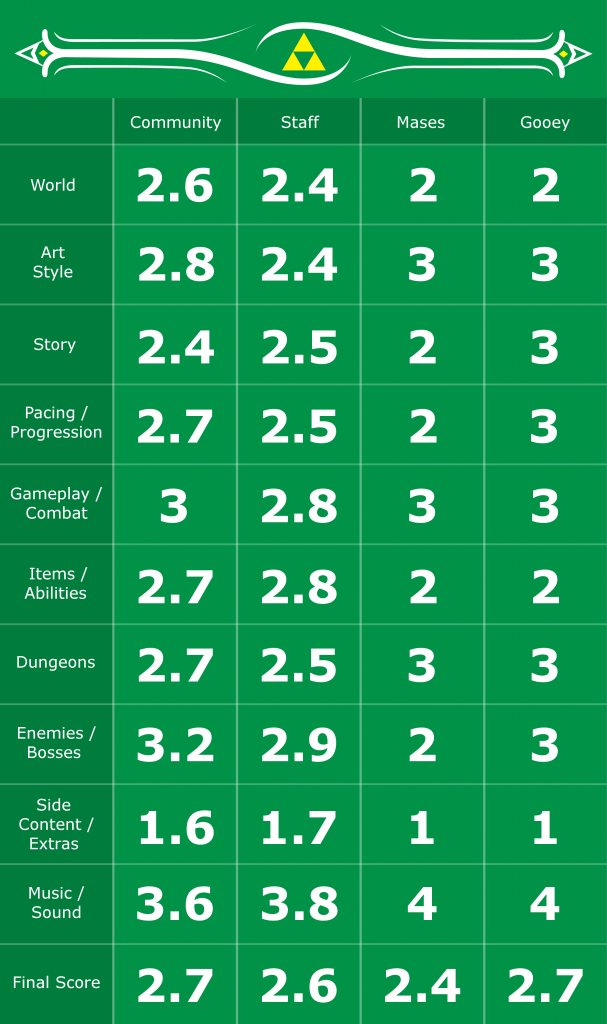 This is the sixth game in our rankings; in two of the four lists, The Adventure of Link has not affected the rankings and is actually on the bottom of those lists (though the Community has the game 0.1 higher than the Staff does). On Mases and Gooey’s list though, their rankings have the game tied with Twilight Princess, while Spirit Tracks is now in last on both of them. According to the individual category rankings, it does appear that The Adventure of Link‘s biggest success is in the Music and Sound, while the weakest point is in the Side/Extra Content. There isn’t much split in opinion with the remaining categories, though the closest appears to be in terms of Items/Abilities. The Community and Staff ranking that category 0.7 and 0.8 higher than Mases and Gooey. 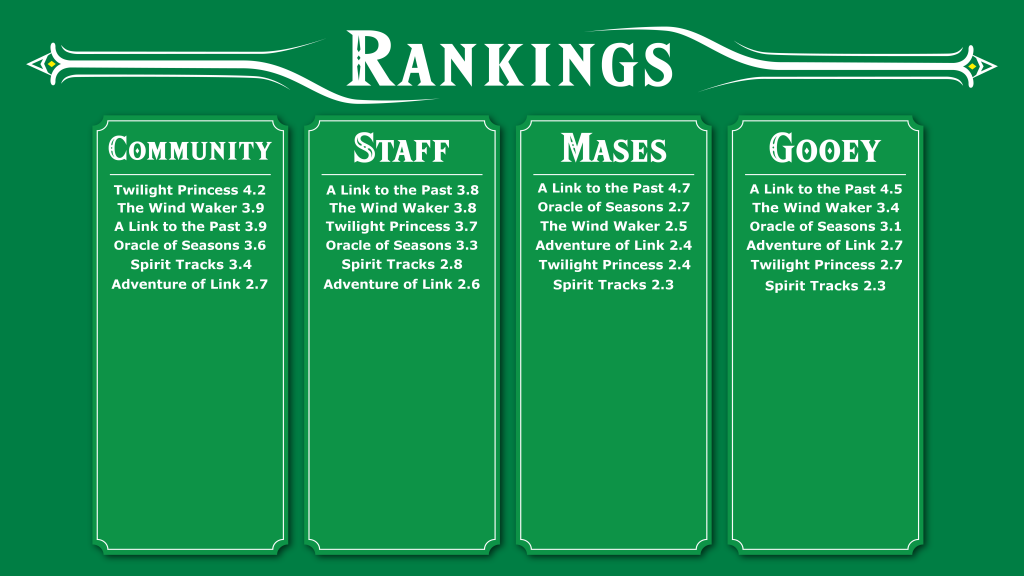 Coming in July, the next Definitive Ranking episode will focus on the 2019 remake of Link’s Awakening. The same ten categories will be used in voting, and there will be an open poll for the community to vote. You can go and cast your vote right here. You still have time to play the game for yourself since the 2019 version of Link’s Awakening is currently available on the Nintendo eShop, as well as other select retailers.

Comments
Sorted Under: Games, Hyrule Compendium, Original Content, Ranking Zelda, The Adventure of Link
Tagged With: No tags were found for this entry.