The Cycle of Hyrule 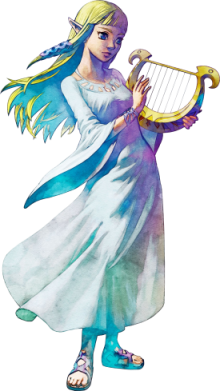 The Legend of Zelda series has always been about an eternal struggle: Good vs evil, the hero vs the villain. However, after so many years, the same story has been retold several times — often with a few changes — while the basic theme remains the same. After so many sequels, one may wonder if we are actually playing through various accounts of the same legend. Most old stories have a huge amount of variations as they’re being passed on through the centuries. The Zelda series taking the form of an old legend would be no different. Alternatively, however, it can be looked at as a cycle: Link constantly returns to save the ever-in-peril Zelda from a new danger, but throughout the eras, the kingdom itself is reduced and rebuilt, and always changing.

Through many sequels, the timeline started taking shape. The kingdom of Hyrule has been threatened by a dark lord many times in the past, and each was defeated by a noble hero who took up the quest to defeat him. Throughout the centuries, a green clad Link does indeed appear in a time of need to rescue a princess Zelda and save a kingdom from an evil villain. Eventually, the great evil is vanquished and the princess rescued.

Skyward Sword introduced the concept of an endless cycle among these main characters — Link, Zelda, and the dark lord — explaining the cause behind the events of previous games in the series.

“My hate…never perishes. It is born anew in a cycle with no end!” 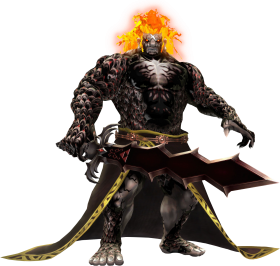 “Those like you… Those who share the blood of the goddess and the spirit of the hero… They are eternally bound to this curse. An incarnation of my hatred shall ever follow your kind, dooming them to wander a blood-soaked sea of darkness for all time!” — Demise

Demise’s curse was the reason why more antagonists attacked Hyrule later in time. Link, the spirit of the hero and Zelda, with the blood of the goddess, are eternally bound to the curse of Demise. They constantly return in later eras to fight an evil that wishes to take over the land and claim the Triforce. However, this also raises another aspect to the universe: That Hyrule itself goes though a similar rise and fall. Over the years, Hyrule has been built, destroyed, and rebuilt many times over. Is the kingdom of Hyrule locked in a similar cycle of destruction and rebirth?

Many games in the series have evidence of Hyrule having a much older and more advanced civilization in its past. The ancient dungeons and temples contained things such as mechanical traps and puzzles from an era lost to the current generation. Most of these appearances were not elaborated upon through the story; they were simply various blade traps and floor tile puzzles meant to challenge the player. There was never an explanation for the appearance of what looked to be technology more advanced than what the people of Hyrule were capable of.

Twilight Princess was the first game to make explicit mention of a technologically superior era deep in the history of Hyrule. The Temple of Time was filled with mechanical devices, traps, and puzzles, all of which were attributed to the great civilization that vanished at some point in the past. All their advancements were forgotten and their society largely unknown to the current people. Later, Link embarks on a quest to travel to the City in the Sky, also hinting at an even greater civilization that had the ability to suspend large buildings in the air but vanished somewhere around the founding of Hyrule.

“The ancestors of the Hylians created the temple… Signs of their civilization–ancient, but very sophisticated–are everywhere.” — Rusl

Later on in Skyward sword, we were given a brief description of the state of the surface. Far in the past, even before the kingdom of Hyrule was established, there was a highly advanced and technological civilization that was completely wiped out by the power of the Demon King Demise and his army. The ruins and devices of this lost civilization, some of which still function, are scattered across the surface. All memory of this civilization was totally lost to the humans, who only knew of life in Skyloft. This cycle of destruction and rediscovery began with Demise and the loss of the original kingdom.

Eventually, the Skyloftians returned to the surface and established a new kingdom, the more familiar Hyrule. However, the cycle has continued in two of the three branches of the timeline, beginning with Ganondorf claiming the triforce in Ocarina of Time. His capture of the triforce and takeover of Hyrule began an interesting twist: Three separate timelines stemmed from this terrible event, echoing the original disaster with Demise. Two of them began a chain of events that caused the once great kingdom of Hyrule to be destroyed and forgotten just as the kingdom before it. 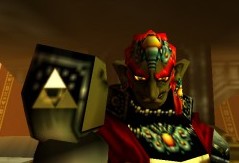 Beginning with the branch known as the Adult timeline, Ganondorf is sealed in the Sacred Realm by Link and the sages. Peace is restored to Hyrule once again and the kingdom can be rebuilt. But later on, in The Wind Waker, it is revealed that Ganondorf eventually escaped the Sacred Realm. Since there was no hero to challenge him, Hyrule was completely sealed off underneath a near endless ocean and again forgotten by the descendents of the flood’s survivors. This mirrors the events of Skyward Sword, where the people were saved by divine intervention but the evil was not completely defeated. It again resulted in the loss of the once great kingdom, forgotten in time. Only a handful of people know of the final fate of the old kingdom of Hyrule. Later, Link, Tetra, and her crew would sail off to find a new land on which to establish a new kingdom.

This new nation bears no resemblance to the Hyrule it was named after. This particular timeline so far ends with the creation of this New Hyrule and has largely dropped almost all of the familiar mythology of the previous land. The Triforce, the exploits of the Hero of Time, and their origins in Skyloft are unknown to its people.

In the separate branch of the timeline often called the Downfall Timeline, Link is defeated by Ganondorf during the events of Ocarina of Time, but Ganondorf is still sealed in the Sacred Realm and peace returns to Hyrule once again. The kingdom of Hyrule is again rebuilt, but its creations again become lost and forgotten temples are littered across the countryside. The stories of the Triforce, the Master Sword, and Ganondorf, became little more than fairytales and the old language of the Hylians died out.

Eventually, Ganon returns to trouble the people of the Light World again from the Sacred Realm, now called the Dark World. Ganon is defeated and peace returned to the land before he could fully escape to the Light World and take over the kingdom. All seems well until many centuries later before the events of the first Legend of Zelda, when Ganon is revived through unknown means and successfully conquers Hyrule. He claims the Triforce of Power and kidnaps Princess Zelda. In this game, the kingdom is completely dominated, there are hardly any Hylians left, and there are only a few remaining people, found hiding out in caves or in the forest. After the events of the game, Hyrule is restored and Link rescues Zelda and rebuilds the country with the Triforces of Power and Wisdom.

This cycle of the destruction and rebirth of civilization might actually have a mythological origin. Greek Mythology has the concept of the ages of man, that in the beginning, there was a Golden Age where humans lived longer and better lives among the gods. The Golden Age ended with the opening of Pandora’s Box, which unleashed all the evils into the world, forever changing it. The next Silver Age was not as glorious and humans did not live as long or as well. This age ended with the gods punishing mankind, leading to the next Bronze Age. The Bronze Age was known for warfare and destruction. This age came to an end with a great flood sent by the gods. The next age was the Iron Age, which is meant to be the current age of man according to the Greeks.

The Aztecs had a similar belief in multiple eras of mankind, each one ending in disaster with a new god taking up the position of the sun and having to recreate humanity. In the current era there have been five suns, each one a god who took the position but ultimately left, after which the people of the land suffered. The Mayans also believed in multiple creations of mankind. There were multiple eras in which the gods made a new people, but each time was unsuccessful. First they made a land of animals, then made people from mud, then from wood, and lastly from the dough of yellow and white corn, where they were successful. According to the myth, these were the ancestors of modern people today.

Hindu cosmology includes a similar system of cycles called the Yuga. Each Yuga, or era, is shorter than the previous and corresponds to the decline of the morality and physical nature of humanity. The first Yuga was a golden age of perfection that lasted 1,728,000 years. The fourth and what is considered the most degenerate Yuga began in 3103 BC and will last 432,000 years. At the end of this current Yuga the world will end and the cycle will begin anew, maintaining the endless cycle of the universe.

Similar to these events of destruction and rebuilding, the Zelda series has displayed not only a death and rebirth of its major characters and its kingdoms, but also the various races of people found within it. In the mythologies listed above, there is mention of strange and different races of of people that perished with their worlds only to have a new and different people rise up with the new world. This is not too different from the peoples that came to live on the Great Sea in The Wind Waker. The Zora and Kokiri were unfit to live within the new world that was created from the flood and took on new forms to better survive. The final fate of the Gerudo is unknown but it is also believed that they did not survive the deluge that washed away the old land. Likewise, Skyward Sword showed a very different land before the fall of the old kingdom and founding of Hyrule. The Kikwi, Parella, and Mogma were not seen in any later era after the final defeat of Demise. Furthermore, the well-known races of Gorons and Zora are not to be seen in the much later period of the Downfall Timeline. Even the Hylians themselves are described as losing the blood of the gods and becoming more mundane and normal compared to their previous glory.

So beginning with the ancient pre-history before Skyward Sword and continuing throughout two of the three timelines, Hyrule has risen and fallen, as have its peoples and even its protagonists and antagonists. Each time a new and interesting but very different and somewhat less magical world has been created. This correlates with the mythological cycle in numerous beliefs across the world. Civilization is built anew yet becomes less fantastic than it once was, but still nevertheless a very magical place for players to adventure across once again. Only time will tell if Nintendo will continue this trend of destruction and rebirth.

Author: DjinnDjinn has been a member of Zelda Dungeon for a little over a year and frequently writes articles for the article staff. He also works as a news correspondent and is an active member of the forums. He has been a fan of the Zelda series for many years now and you can view his creations over on his Deviantart.
Tweet