The Cultural Influences in the Zelda Series 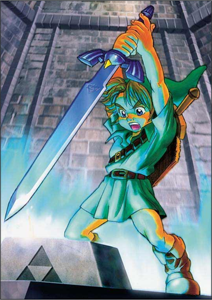 The Legend of Zelda, like many fantasy games before it, had a great many influences. Game developers often draw their inspiration from many different sources, like writers and artists do. Often inspiration can be pulled from the works of others or from similar real-world examples. Over the years the simple and straightforward world of Zelda has been expanded upon in so many ways beyond the standard fantasy genre into a new brand with a rich mythology of its own. The overall setting of Zelda is firmly based on western fantasy. Fans might remember Link pulling the Master sword from the Pedestal of Time in Ocarina of Time or deep within the forest in Twilight Princess to save Zelda and defeat a villain. This is very reminiscent of King Arthur legends where the sword in the stone is drawn from it’s resting place, marking Arthur as the true king. Link, the principal character of the series is known for his very easily recognized elf-like qualities. The long pointed ears of elves that the Hylians appear to be based on are a product of western folklore and modern fantasy.

Almost all fantasy games have been influenced in many ways by certain myths and legends, and this is common because fantasy-genre books have influenced games for many years. Much of what we know as modern western fantasy can be attributed to J.R.R. Tolkien, the architect of the genre; many games and books have their roots in the works of Tolkien. Everything from fantasy novels and pen and paper role playing games to recent console games imitate his popular mythos.

As far as fantasy storytelling was concerned, the first two games in the series on the NES were very bland and uninspired. The very first Legend of Zelda had the most basic of stories; it was a very common “hero rescues a princess from an evil wizard” tale. Nothing truly stands out as it was very much a generic fantasy setting. Story was simply not as important as the gameplay in that game. As long as the audience easily recognized the setting, everything worked out and they continued playing. The style of the first game was clearly based on modern Western European fantasy. However, apart from the modest setting there were numerous references to Christianity placed throughout the game. Link’s shield was adorned with a red cross much like that of a medieval knight or crusader. The gravestones in the west were shaped like a cross as well. These were mostly used in an attempt to replicate medieval Europe which was dominated by Christianity. However, it could be possible that most of the references seen in the first two games were placed there to imitate standard medieval European aesthetics rather than to specifically reference religion. Other quickly recognized sights were the very western-looking dragons, Gleeok and Aquamentus, the fairies that would heal Link’s wounds, or the centaur-shaped Lynels. The sequel also had a fairly well-known story element of the cursed sleeping princess that Link must help. This might have been a reference to the story of Sleeping Beauty. 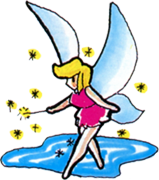 A Link to the Past maintained much of the standard western fantasy look, but was much more developed. More attention was placed on the story than in the original, allowing for more detail to be added. This was the first time cultures unique to Hyrule and the Zelda series were added. Now, instead of people that were possibly just elves, Link’s people were named Hylians. With this change came a new mythology for the Hylian people and all of the accompanying symbolism seen throughout the game. The European influence remained, but the culture behind the people evolved into something more unique.

The original games were tied closely in many ways to European folklore and fantasy literature, however Ocarina of Time established an even greater mythology and a much larger world dominated by a variety of races and cultures separate from that of the standard Hylians with their primarily European theme. The multiple tribes living in and around Hyrule have become a principal aspect of the series ever since. This new addition of separate races brought a need for various cultures that were separate from that of the Hylians. Each new race needed to be distinct in some way. As they were different tribes often living in a kingdom of their own, they required more than just physical differences. There were many social differences that came along with them, many of which were based on real-world examples of people who lived in the desert, on islands, or on mountains.

So not all aspects of Zelda are drawn only from western fantasy; even recurring locations like Castle Town and Kakariko Village have many unique features that set them apart from the standard. The Kakariko Village of Twilight Princess had a look very different from what was seen in previous games. It had much more of an American Wild West theme to it, appearing as a dusty old town in a desert. The villager Renado’s design borrows from a western North American Indian influence.

The Gerudo tribe appears to have a very strong Middle Eastern influence. As a tribe that lives far in the desert west of Hyrule, it is no surprise that the developers chose to base their culture on that of Middle Eastern people. From their belly dancer inspired clothing to their curved scimitar swords, they display a very medieval Arabic style, though with some very different social customs due to their being an Amazon tribe. The original symbol representing the tribe was an crescent and star similar, inverted from that of the Muslim symbol. This might have been used to represent the Gerudo as a separate people with a separate religion from the Hylians. This could also imitate the parallel between Middle Eastern and Western society and their conflicts in history.

The Kokiri tribe of Ocarina of Time at first seem to have been made to mimic Link as he appeared in earlier games. The entire tribe wears clothing similar to Link, dressed in the same green clothes and a pointy hat. They again resemble the elves and fairies of European folklore but their inspiration could also have been drawn from Peter Pan and the lost boys of literature. They share many similarities such as their green clothing, partnership with guardian fairies, and seemingly eternal youth. Another similar aspect is Link’s fight with his shadow occurring later in the game which could have been inspired by Peter Pan’s troubles with his own unruly shadow. 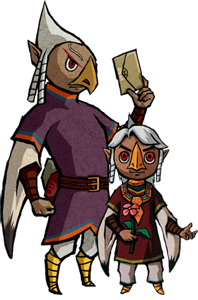 One of the much more obvious examples of a real world culture implemented in Zelda would be the mythical Cobble Kingdom of Phantom Hourglass. One cannot help but instantly think of the Ancient Egyptians when looking at them. It does seem obvious that developers would draw inspiration from the artistic style of Ancient Egypt to display a long forgotten culture that once held an empire long ago. Including such things as the pyramid architecture to their structures and the costumes of the Cobble Knights, the inspiration is one of the more obvious examples of a real-world influence used within the world of Zelda.

The Rito Tribe of The Wind Waker have often been described as imitating an South American style in their clothing and architecture. The music heard on Dragon Roost Island contains Andean instruments such as the zampoña which is a type of pan flute, and a charango, a traditional style lute. The Rito, as a tribe of people who are known to live high in a mountain, may be drawing much of their inspiration from traditional cultures of the Andes mountains.

Link’s horse in many of the 3D games was given the name Epona. Epona, which means “Great Mare” in Gaulish, was the name of the Celtic goddess of horses, which further adds bits of real-world mythology into the games.

The strange and mysterious Keaton of Majora’s Mask is drawn from the mythical Kitsune of Japanese folklore. The Kitsune, a nine-tailed fox often known to play tricks on humans that is adept at magic, is all too similar to the Keaton encountered in Termina.

The wealthy but cursed man Giovani from Twilight Princess is a clever allusion to the Greek King Midas who was blessed and cursed so that all he touched was turned to gold. Only in Giovani’s case, it was he who was transformed into a statue of gold, cursed by his greed and learning the lesson when it was too late.

Not only are the various tribes and individuals within Hyrule drawing inspiration from the real world, but the various symbols and mythology of the series does as well. The three goddesses first introduced in A Link to the Past and expanded upon in Ocarina of Time have many real world parallels. The concept of the triple goddess seen in the games is not a new one, in fact many cultures around the world have a similar concept of a triple deity. The triple deity in most belief systems normally takes the form of three concepts or three separate incarnations, each representing a different aspect of the world. The holy trinity of the Christian faith represents the three aspects of God. The three Fates of Greek Mythology were the incarnations of destiny; they predetermined events for all beings in the universe, including the gods. In Norse and Germanic mythology there was a similar triad of goddesses called the Norns with the same power of destiny over the fates of all men and gods. In Hindu belief there is the Trimurti, consisting of Brama, Vishnu, and Shiva, as well as the triple goddesses of the Tridevi consisting of Saraswati, Lakshmi, and Paravati. Irish mythology had a triple goddess called Morrigan.

Even the concept of the Seven Sages might have a common parallel in Hindu thought. Represented as the seven stars that revolve around the pole star in the constellation Ursa Minor, the Septarishi or seven “seers” or “sages” are said to have helped Brahma create the universe. 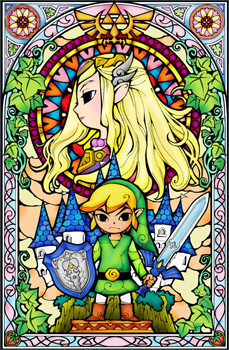 The flood of The Wind Waker could be an analogue to the Biblical flood. The Goddesses hearing the prayers of the Hylians and causing a flood to stop the advances of Ganondorf in the kingdom holds a few similarities as well as many differences that set it apart. Actually, many cultures have a similar tale of a flood that occurred in the past. In the epic of Gilgamesh, the hero meets with the last living survivor of the flood in his search for immortality. In Hindu belief Manu was said to have survived a flood that covered the earth.

The symbol of the Triforce also has a very real-world inspiration behind its design. The three triangle design is based on the crest of the Hojo family of Japan. They were a once influential ruling family during the Kamakura period in the twelfth and thirteenth centuries.

These are some of the examples of the great many innovations in the world of The Legend of Zelda that stem from real world cultures. Zelda has evolved from a simple tale of a hero rescuing a princess from a villain and saving the kingdom to having a larger story and world involving many tribes of people, each with their own distinct cultures and customs drawn from real-world examples. The inspirations behind all of these important aspects of the series have caused The Legend of Zelda to be the interesting and unique experience that it is today. In a market flooded with so many other generic fantasy games and series, Zelda remains one of the only series that draws a multitude of ideas from so many sources to create a very unique world.