The Black Sorceress Struts Her Stuff in This Character Trailer (Japanese)

Posted on September 30 2014 by Jeffrey Edelstein 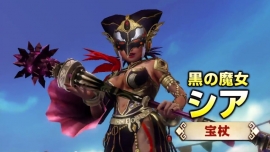 With Hyrule Warriors now available in all major territories, it would seem like we’d have no more of those great character trailers to show off. However, in accordance with the news from a couple weeks ago, we now have the first of the trailers for the next batch of free DLC characters to hit the hybrid Zelda title, this time featuring a character created for this game, outside of the regular Zelda cast: Cia, The Black Sorceress

Cia’s attacks are a mix of dark magic, whip/rapier based strikes, and summoning attacks. Her magical attacks tend to summon orbs of dark energy or beams that strike enemies from below, such as the ones seen in her powerful finisher. Her primary/small attacks involve quick strikes with her whip, which usually build up to the dark magic finishes. As for her summoning abilities, Zelda II fans will not leave disappointed (Nate, I’m talking to you here), as she summons multiple copies of Dark Link to strike enemies alongside her. 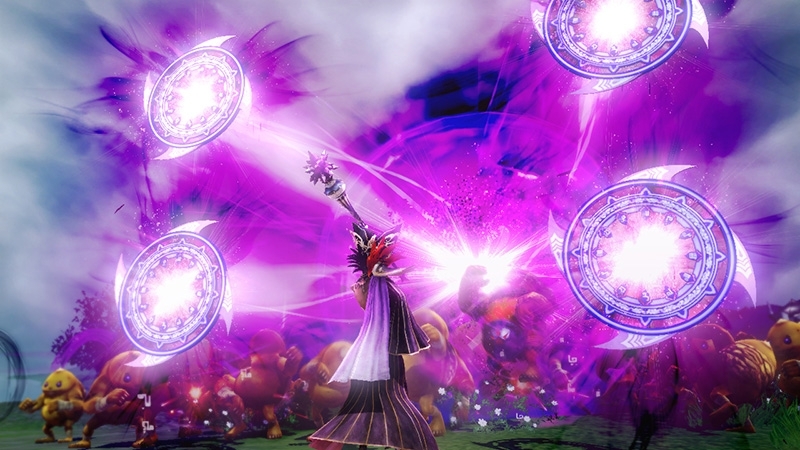 While I’m just getting into my firsthand experience of Hyrule Warriors (and will be writing about it on here soon), I truly feel like it’s a great game for fans who just want to have a fun time with one of their favorite series. Cia and her comrades look to be dangerous and fun additions to this growing cast of characters, and I look forward to trying them out when they arrive soon. What are your impressions of the trailer and of the other two characters coming alongside the sorceress?