The Best and Worst of Zelda: Modes of Transportation

Hello readers! Brian here with the fourth installment of “The Best and Worst of Zelda.” This topic has been requested by multiple people, and I thought it deserved some recognition. Remember to comment your ideas for next week! So without further ado, ladies and gentleman, your article.

It’s slowly becoming another piece to the Zelda formula; the way Link travels through overworlds seems to be changing by the game, and for no good reason, but as the worlds get bigger and walking stays slow, it’s only natural that Link would have to find a quicker way to get around. Traveling has always been a big chunk of the time spent in any Zelda game, so Nintendo tries to keep it interesting as time goes on. Through birds, boats and magical instruments, every time we play a new Zelda game, there’s always some brand new mode of transportation.

From walking to loftwings, which games implemented the best system of transportation? Hit the jump to find out!

Let’s start in a simpler time; back when Link had brown hair and carried around stepladders and rafts. For the most part, Link just walked. He walked to dungeons, he walked to shops, and he walked to creepy old men in caves. Eventually, you could raft from docks, or use the ladder to go across small streams, but all in all, the majority of the entire game was spent walking. And did anyone really mind? I never felt the need to move faster through the overworld, and if I ever wanted to warp somewhere, the recorder was an option. I guess I wasn’t expecting any fast paced gameplay from The Legend of Zelda, and I didn’t get any, so I found walking to be a fine way of getting around! I mean, honestly, what more could I expect from an NES game?

Well apparently, I could have expected walking on water. Yup, in Zelda II: The Adventure of Link, Link acquires the boots, that let him cross seas… With his feet. Was this really necessary? We already had the raft, which let us cross the seas between East Hyrule and West Hyrule, why not just implement that item another time? But no, Link gets boots, which should, logically, add to his mass, but instead allow him to walk on water. I don’t really get it, or like it very much at all. I know I’m over-thinking it, but come on… Really? 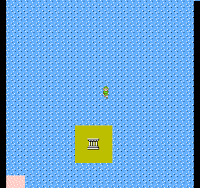 But A Link to the Past offers a different take on travel. Warping is not only made easier with the first appearance of the ocarina, but you can also dash. I thought dashing worked astonishingly well, as it didn’t over-complicate anything. It’s just walking, but fast; how could you possibly mess that up? And I don’t think they did. Like everything in else in this game, it was simple, well-implemented, and better than its predecessors.

But we couldn’t stop there of course. Gotta go fast, right? Well Ocarina of Time puts a good amount of emphasis on moving through the world at quicker paces. The ocarina allows you to warp within a few minutes travel time of just about everywhere, and Epona was a nice addition, although not actually necessary. This was actually, in my opinion, the moment of perfection for transportation in the Zelda series. You still got the chance to see all of the sites the world offered before you learn the warp songs, then you aren’t forced to see it all again. It helped me to appreciate the wonders of this game just as much as I wanted to. No more, no less. This is something they’ve obviously tried to emulate in later games, but have they lived up to the standards of Ocarina of Time.

For instance, Twilight Princess had a similar system, where Link almost always has the ability to warp and to use Epona. I don’t think it was all that bad either, but I thought the overworld was almost too big for me to try getting around without Epona. In Ocarina of Time, I didn’t at all mind just walking around Hyrule Field for fun, while in Twilight Princess, I felt like no matter how much I wanted to walk through the field, I wound up just warping because I simply didn’t have the time or patience. Now I’m not blaming the methods of transportation, but rather the immense size of the game. Which is also a common complaint for our next topic: The Wind Waker.

Oh man does this game get a load of a bad rep for sailing! Apparently, everybody and their mother found sailing either boring or time-consuming. Everybody but me, of course. Of course, that’s a massive hyperbole, considering after the haters ran their course, The Wind Waker became appreciated pretty widely for the masterpiece that it is. The sailing, at least for me, added a completely necessary element to the gameplay. The Great Sea was perfectly designed, with visuals and music to die for. I wanted to spend the rest of my life on that ocean, and although I say that figuratively, I’ve spent an embarrassingly enormous amount of time just sailing around. It was thrilling, gorgeous and mystical. And even if, somehow, you did get tired of it, by the time you got the bow and arrow item, you were allowed to warp all over the place. Pretty fair if you ask me. I loved the boat travel in this game, but found that Nintendo’s expansion on the idea in Phantom Hourglass did not work nearly as well. 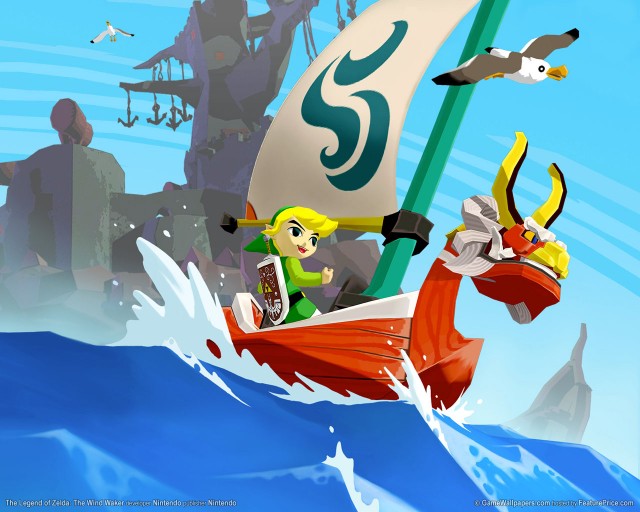 The system in Phantom Hourglass Felt a bit like this: So remember how you used to have a boat? Well, this one’s basically that, but all the fun; POOF! Gone! No more steering, no more wind directions, just the gimmicky “draw-a-line-on-the-touch-screen” travel. It’s wrong! It sucked all of the fun out of the glory that was the ocean, and I will not stand for it! I have little else to say about this game other than that I was disappointed.

But worry not, handheld Zelda fans! Here comes the fixers of all evils, the glorious Spirit Tracks, the redeemer. For the most part, everything wrong with Phantom Hourglass was fixed to some degree by Spirit Tracks, travel included. Now I’m not saying it was the greatest game ever, because it wasn’t, but it was quite the step-up from it’s predecessor. I made a quick comment earlier about how I enjoyed steering, and it doesn’t necessarily make its grand return in Spirit Tracks, but how could it? I mean, you rode on a train, one of the lamer forms of transportation in the real world. As a city commuter, I take the train twice a day, and let me tell you, this game kind of overplays how fun riding a train really is. But still, I enjoyed finding more force gems and unveiling more spirit tracks, exploring the world a little bit more after each side quest. It was a solid execution of a not-so-solid concept, so I can’t complain too much. I had fun with it, and I’m sure many others did as well.

But here comes a big one! It’s come time to talk about Skyward Sword. Now let me not jump straight into loftwings right away, but let me first talk about the addition of the running mechanic. It was an interesting improvement over Twilight Princess‘ rather slow movement system, at least in terms of climbing vines and such. I loved running, actually, but I hated the stamina. Looking for green fruit was a stressful experience when stamina was running low, and when it ran out, I raged pretty hard. I understand that being able to run with no cost would be unfair, so I don’t mind it so much, but I still found that stamina so bothersome. But let’s talk about flying! We took to the seas, we took to the rails, so the next logical step? GIANT BIRDS! Well, logical certainly is far from the best word to describe these creatures. I think that purely by design, they’re awesome. The art is stunning, and their purpose is most intriguing, but I struggle in deciding whether or not I actually enjoyed flying them. The sky was a pretty decent size for an explorable world, and more than half of it was not story-based, so time spent on the loftwing was really proportional to how many sky-islands you wanted to actually visit. After a while of trying to figure out the motion controls just to fly the thing, I think I really enjoyed island hopping on the bird. And who could forget that feeling of freedom when you just hopped off of Skyloft, waiting for a gigantic red bird to catch you. So I liked Skyward Sword‘s transportation system, but perhaps it was a bit complicated for my tastes. Maybe a return to the basics wouldn’t be such a bad idea; something like The Minish Cap. 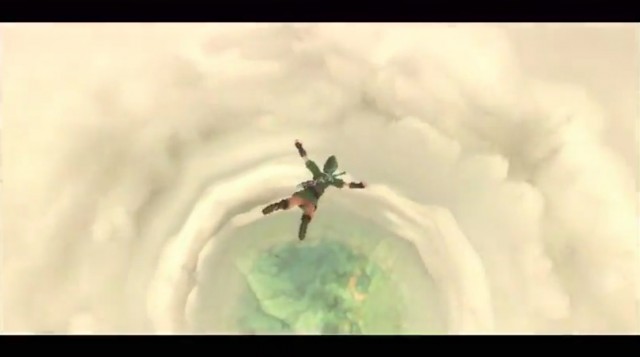 If there’s one word that I think defines a good Zelda game, it’s “polished.” A polished game is one that’s exciting and interactive throughout, with simple gameplay and interesting mechanics leaving very little to be desired. I would say The Minish Cap is a polished game. It’s transportation system is similar to A Link to the Past, allowing for warping, dashing and for the most part just the classic walking. After all, I still find something so enchanting to that experience of just walking around in an overworld, looking for people to fuse kinstones with, or grinding for shells to buy those cursed figurines. The game was just that: enchanting. I never wanted for anything more when I played it, every time I played it. And believe me, I’ve played it quite a lot. Because sometimes I think it’s silly that Nintendo keeps pushing forward new modes of transportation when the old-fashioned walk-and-warp worked so well.

But what do you think? Where do you agree or disagree with me? What would you like to see in the next games? Don’t forget to leave our ideas for next week’s article!

Thanks much for reading!