The Best and Worst of Zelda: Final Boss Fights 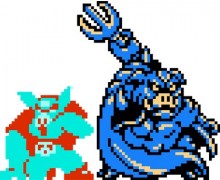 Hello readers! Brian here with the ninth edition of “The Best and Worst of Zelda.” This week’s topic was requested by multiple people on a number of different articles, so much thanks to everybody who gave an idea. Next week will be the tenth installment of the series, so don’t forget to post some great ideas down in the comment section. And now, without further ado…

Two months ago I covered antagonists in my very first editorial, explaining how I felt about the depth and development of each character and giving my thoughts on their high points and shortcomings. While here we have a similar topic, today we’ll be focusing solely on the battles. An epic and memorable final boss battle, or in many cases, series of battles, is the perfect closer to a Zelda game. Although Each and every dungeon adds to the overall experience, the last thing in your mind when you finish a game is that final fight. Done poorly, it’s a travesty, but done well, it truly shapes the memories the player has of the game.

So which games implemented the most exciting final boss battles, and which games left us wanting more? Jump in to find out!

As always, let’s start from the beginning!

The first entry to the series, The Legend of Zelda, gives us the first glimpse at our main villain, Ganon. It’s a big deal getting up to the fight against Ganon. You’ve had to beat eight well-hidden dungeons, as well as a very challenging ninth one on Death Mountain all to get that final goal: the ultimate rescue of the princess. But one thing stands in your way and that is of course, Ganon. Despite the giant build-up, I found the fight… easier than I had expected. With the final upgrade to your sword, in fact, it only took three hits to kill him. I never had any difficulty with this boss, and although that isn’t necessarily a bad thing, it is bad when there are standard dungeon enemies that I found more difficult (Example: the Patra) Although I don’t think this boss fight was horrible, I actually did feel slightly dissapointed that he was the final villain in an otherwise extremely tricky game.

But if Ganon wasn’t nearly difficult enough for you, Nintendo surely found the fix in the game’s direct sequel. Dark. Link. The very name sparks terror among the people who have actually finished Adventure of Link, with the fight being notoriously difficult to the point that most people virtually cheat by crouch stabbing in the corner. This boss was made wildly difficult for absolutely no reason; he’s nearly impossible to hit, he deals some heavy damage and he basically begs you to run into the corner and stab him there. Otherwise, the chances of defeating him in two or three tries are slim. This, I believe, is ineffective for the complete opposite reason that Ganon in the first game was ineffective. He’s too difficult, plain and simple. I love Adventure of Link, I really do, but fighting Link’s Shadow is increasingly aggravating every time I play the game. 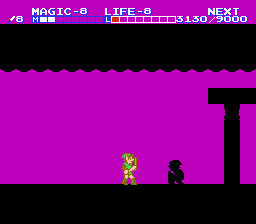 So could we, perhaps, find some happy medium in A Link to the Past? In short, yes! We are once again faced with the evil Ganon, but this time, he’s far stronger. With some interesting new abilities, Ganon poses a real challenge for a first-time player of the game. His attacks hit hard, and he isn’t quickly killed. Unlike the first time we met up with Ganon, he now takes a decent amount of hits with the most upgraded sword, as well as three silver arrows to kill. He’s actually at the perfect level of difficulty; not so easy that I feel cheated out of a fight, but not so difficult that I feel the necessity to use cheap tactics to take him down. It’s also the first time I’ve found a final boss truly exciting in a Zelda game. He was simply epic, the very embodiment of evil, and he put up a great fight!

Epic is the very first word that comes to mind when I think of the final boss(es) in Link’s Awakening, a series of four nightmares that resemble enemies from past Zelda games. Yet this isn’t so obvious at first, as the first nightmare form, a blob, is easily killed with three sprinkles of magic powder. That couldn’t possibly be all there is to it, of course! He’s immediately followed by a shadow version of Agahnim of A Link to the Past. Once you’ve finished him off, there’s a more difficult form of Tail Cave’s Moldorm, and finally, A Link to the Past‘s Ganon. It’s fast paced, rapid fire amazement, but it’s not over yet! Get ready for… Lanmola… which dies in one hit… Well OK, I suppose that was a big blow to the increasing difficulty this fight had building up. But luckily for us, the game most certainly couldn’t finish off on that kind of note, could it? Instead we’re given the nightmare of Dethl, otherwise known as “That eye thing at the end of Link’s Awakening. And Dethl is HARD. 15 arrows are necessary to kill this monster of concentrated darkness, and that takes time, precision, skillful dodging and a lot of effort. No doubt the hardest boss in the game, unless of course you’ve decided to use the boomerang. One hit from the boomerang will kill Dethl immediately. Despite it being an option, for pacing’s sake, I prefer to go with the arrows. A one-hit kill final boss is absolutely ridiculous, something straight out of Wand of Gamelon, and I’d much rather deal with the difficulty than ruin the final boss for myself.

Now along with the first 3D Zelda game comes the first 3D boss fight, allowing for one more dimension of awesome! I kid of course, but Ganon actually makes full use of the Nintendo 64’s capabilities. For one, he is obviously far larger than Link, the first time this is actually noticeable in a Zelda game. So large in fact, that Link can fit under the beast’s legs. He’s simply enormous, and it makes him a lot more intimidating than Ganons of the past. He’s obviously the most powerful enemy in the game, dealing a whopping four hearts, and apparently, Navi has no idea what his weak point is, so he’s pretty scary to fight. In all honesty, once you know what to do it isn’t all that difficult to defeat him, but he certainly makes for an enthralling boss battle.

But interestingly enough, even when you know what you’re doing, it certainly doesn’t make Ganon from Oracle of Ages or Oracle of Seasons any easier. Only accessible in a linked game, Ganon is without a doubt the most difficult boss in either game, and that’s saying a lot. If you thought Onox and Veran were tough, Ganon could rip them to shreds in his sleep. Even with every heart available in the game, I found myself unable to defeat him without a potion, and the fact that he came directly after another (less difficult) boss battle with no time at all to grab some recovery hearts made him all the more difficult. What happened in these games, seriously, because they were generally rather easy until either Onox or Veran who were extremely difficult, and then of course, Ganon, who was truly a challenge to behold. I think I prefer this level of difficulty to that of Link’s Shadow, but I do believe Ganon was actually too difficult in this game.

On an almost completely unrelated note, one of my favorite boss battles in a Zelda game comes from Vaati in The Minish Cap. Always very tricky, I very much enjoyed each of his three phases. This game was shockingly light-hearted and bright-colored until the final stages, creating a very grim but necessary contrast in the game. Vaati was very difficult to defeat my first time playing through the game, forcing the player to utilize many items in Link’s arsenal to defeat him. The gust jar, the cane, the splitting ability of the Four Sword, the lantern, the bow; all of these items are required for the defeat of Vaati, something I wish they would try to emulate in future games. Though a pure sword fight is always fun, I prefer the usage of the items I’ve collected to remind me of my journey through the game.

And Ganondorf from Twilight Princess fails to spark my interest in that way. First we have Puppet Zelda, who merely wants to play tennis with you, an overused boss tactic if I’ve ever seen one. She’s not at all challenging and only requires the use of the sword to defeat. Boring. Then we have the beast, Ganon, runs around until you shoot him in the head and slash him up. I actually thought this was the final fight, my first time playing this game, and let me tell you, I was mad. It didn’t feel at all exciting, difficult or clever, and I didn’t even care too much for the atmosphere. But boy, was I glad to be wrong! I tend to forget the horseback fight with Ganondorf, as I despised horseback battles in this game, but I would deem that the least important phase of this battle. The most important, as always, being that final fight with the one and only Ganondorf. I loved it. The atmosphere, the music, the clashing of swords; it was really exciting. It certainly wasn’t overly easy, but its difficulty mattered not to me. What mattered was how much I wanted to get that final blow on Ganondorf, and how accomplished I felt during the ending cutscene. It’s a beautiful feeling, beating a video game, and Twilight Princess ended on a very high note. Despite the flaws of the first three phases, the final boss was a definite high note in my book.

Last but not least is the newest game in the series, Skyward Sword, which offers one true final boss, the Demon King Demise. What was I saying before about epic? That’s really all that Demise is; a big pile of epic. He looks powerful, his attacks are strong and the area in which you fight him amplifies his presence tenfold. Difficult, as any boss should be, but fairly simple if you know what you’re doing. Coming after the final Ghirahim battle, an amazing fight that left a real lasting impression, it had the bar set very high. It delivered, and it raised the bar even higher. Although I complained in my first editorial about why I dislike Demise as a character, his boss fight was still one of my favorites in the series.

And that’s all I have for this week. I know I left out some really amazing games, and I’d like to hear what you guys have to say about them! Get ready for an awesome tenth edition next week at 11:00 central time, and as always, thanks for reading!