Tales of Hyrule: Love Stories Through the Ages – Hylia and Her Hero 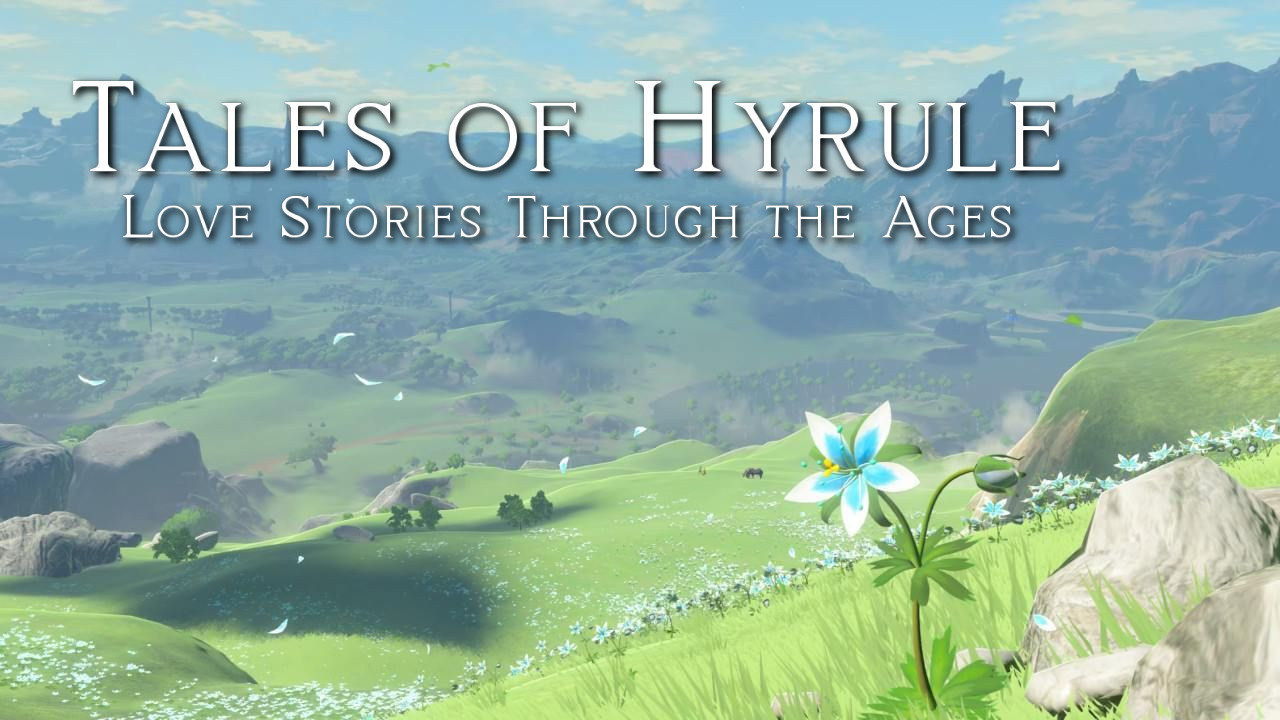 Hylia plopped to her haunches in exasperation, burying her face in her hands. “How do they not see…?” she mumbled under her breath, clutching the long, golden locks that framed her face.  “I don’t know what more I can do! Calamity Ganon will rise to power in no time, at this rate!”

“For one thing, Your Grace,” her hero sighed, sitting next to her in the grass, “you can calm down a bit.”

Hylia glared at him, and he winked playfully in return, immune to the fury of a goddess after millennia of dealing with her.  She hated it – there had been a time her glare held sway. A time she could cast a glance over him, and he would hear her silent words. Now, though he heard them, he did not always listen.

Oh, those good ol’ days, she thought to herself. He ruffled her bangs, and she swatted his hand away.

“They’ll get it, eventually.”

“And what if they don’t?” she snapped, catching his fingers in a grasp she refused to loosen.  “What if they remain blind and Hyrule falls? Again?”

“Then they don’t see it coming, and they learn how to clean it all up.  Like we did. Like we do every single time this happens.” He grinned; she growled.

“Easy for you to say.  You don’t have to deal with this…stubbornness…every time you’re reborn. Your iterations roll with every punch they are dealt!”

He barked a laugh.  “Are you kidding?” The shaking of his head made her shoulders bristle; he had this way of alluring her one moment and annoying her the next that drove her mad.  She both loved and hated the man she had entwined her destiny with so long ago. And it pissed her off to no end. His grin broadened, reading the thoughts in her mind like words on a page.  They knew each other far too well by this point. “One of my descendants took a seven-year-long nap!”

“Not my fault!” A child’s voice on the wind echoed around them; he waved it off.

“One of my descendants played surrender monkey and hid in a stone tower with the door unlocked!” she retorted.

“I beg your pardon!” Another voice, this one of regality.  Hylia ignored it.

The two of them had been down this road more times than she cared to count – not that she couldn’t, she just knew it was pointless banter.  They were too far entwined to truly make headway with such arguments. He mostly meant his jabs to rile her up and get her mind off the fear of what was to come.  With every new birth of the hero and his princess came a new rise and fall of evil and power, and together, they had seen each other through, earthly forms and spirits of ages.

That didn’t stop her from fretting.

Her hero finally wriggled his hand from her grasp and pulled her closer, so she had no choice but to lean into him.  She rested her head against his shoulder with a defeated grunt, receiving a small chuckle in return. “Hy, we’ve been through this, time and timeline again.”

“Except that one time, when you lost your fight, and – “

“That was a minor technicality that we have since overcome.”

“But it could happen again, if this Link does not see –”

“Except that one time!”

“If we must get technical,” she raised a pointed finger and poked him in the nose, “we are on every time.”

He rolled his eyes.  “Now you’re just being argumentative.”

She straightened with a shriek that could have been heard by mortals.  “Unlocked door, Link!”

He roared with laughter.  She stared incredulously as he doubled over, barely holding himself up by her shoulders.  She shoved him roughly in the side, but it was no use. He pulled her back and nuzzled her hair.

“Remind me why I saved you?” she grumbled.

“Because you once found me courageous.”

“Right. Whatever happened to that?”

He smiled the very same smile he had given her in their first life, and every life after.  Bright, playful, and reassuring. Disarming, most of all. Enough to render a goddess powerless.  “Hey, look at it this way,” he gave her shoulders a brief squeeze and her temple a small peck, “at least they found each other, and at least they finally learned to get along. Could you imagine if they hadn’t?”

Hylia pressed her lips, a snide comment dancing upon them, but it never came out. No matter how much he grated on her sometimes, she knew she had chosen him for a reason. Hyrule had been formed eons ago on the path paved by their choices, to rise and fall and rise again. And, despite her fear every time they found themselves locked in this very conversation, she knew he was always right.

Kat Vadam is a Copy Editor for Zelda Dungeon. She is a sucker for a good love story. Share your favorite Zelda ships with her on Twitter!