Super Smash Bros. for Wii U Direct on the Way 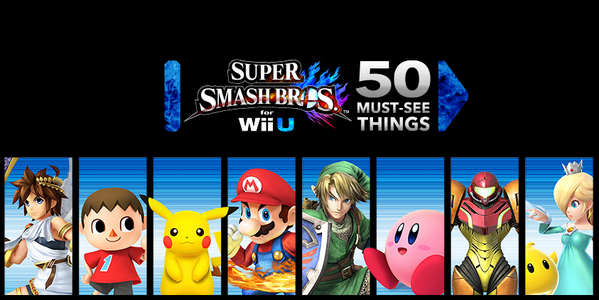 Following a plethora of hints, screenshots, and leaks, we now have the official confirmation that what Sakurai hinted at is happening: There will be a Nintendo Direct for the game for which we’ve all been waiting. This Thursday at 3 pm PT, North American and European Smash Bros. fans get to livestream a Nintendo Direct featuring Super Smash Bros. for Wii U, set to release in North America on November 21st – just in time for the holidays.

Nintendo has stated that they will be announcing not 10, not 25, but 50 new things for Smash Bros! Hopefully it’ll be Zelda related, but who knows? It’s quite possible that we’ll get confirmation about the features leaked by Amazon last week, or perhaps the search for signs of future DLC in Super Smash Bros. for Nintendo 3DS will finally be justified. For all those planning to watch the event, the live stream can be watched from the official Nintendo website and, of course, right here at Zelda Informer. For those who might miss the event, not to worry; we’ll be posting the full video as soon as it is available.

What are you hoping is announced? Do you have a Top 50 wishlist for Smash? Or maybe just one special announcement?