Posted on August 15 2014 by Nathanial Rumphol-Janc 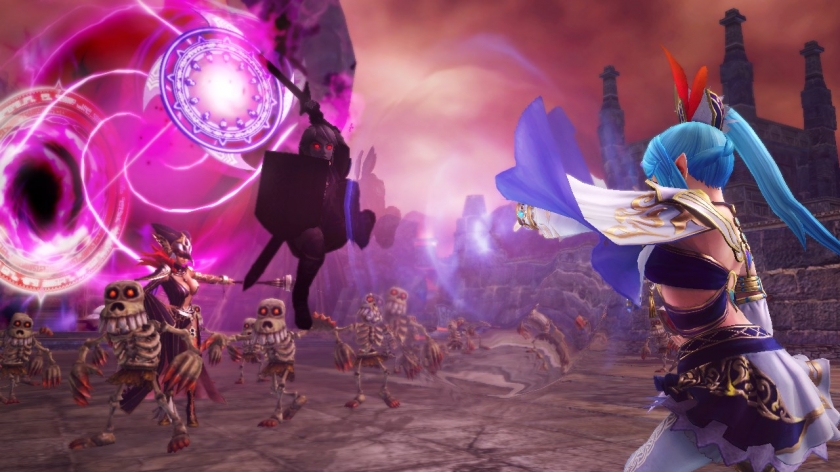 We’re going to have a firm grasp on the whole story soon enough, but today we have brand new spoilers in regards to

Cia, coming straight out of the third chapter of the game (stage, however you wish to phrase it). While the user who shared this information tries to twist it as being canon to the timeline, it should be noted that this isn’t the case – it’s merely referencing points in the timeline where things have happened. Like Eiji Aonuma said, the game is connected to the franchise but not to the canon line of games. Here is one of the first plot twists in the game:

“I thought the game’s story would be non-canon, but after Chapter 3 you learn that it actually very cleverly inserts itself into the Zelda universe’s time-twisted canon. Turns out there is an ancient witch who can see through time, and has taken particular note of the Hero, who reincarnates every time evil threatens the land. She falls in love with the Hero, but every time he reincarnates, a beautiful princess is always by his side.

The witch grows extremely jealous, and the lingering spirit of Ganon takes advantage of her jealousy to convince him to fuse with her body, promising to give her the power she needs to win the Hero’s favor.”

While this person doesn’t specifically say it is Cia, we know based on previous information that it most certainly is. The odd part about this is that it

contradicts some of the previous story details – ones where Cia splits in half and that Ganondorf doesn’t actually have the Triforce of Power. Then again, we don’t have a clear picture to see how this progresses in context with the game itself. So either the game has a really complex story that requires first hand experience to understand, it contradicts itself just because it can, or folks are translating stuff really poorly. All three are rather likely.

Hyrule Warriors Walkthrough, Character Guide, and much more soon. You can also check out and help grow our Zelda Wiki with new information on the game.

What do you think?