Starbomb’s The Hero of Rhyme animated by Studio Yotta 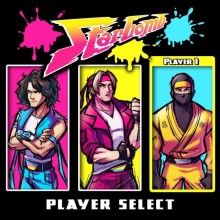 Starbomb, the video game tribute formation consisting of Arin “Egoraptor” Hanson, Leigh Daniel “Danny Sexbang” Avidan and “Ninja Brian” Brian Wecht, released their second album Player Select back on December 16th 2014. The first two are also known as the Game Grumps and the latter two as Ninja Sex Party. It contained the song The Hero of Rhyme, a song based on The Legend of Zelda. It is the sequel to their previous Zelda song, It’s Dangerous to Go Alone. The video adaptation of this song (included after the jump) currently has well over 23 million views, making it the second most viewed video on Egoraptor’s YouTube channel. The animated adapation of The Hero of Rhyme is done by Studio Yotta, who also did the animation for another Starbomb song, SMASH! Watch the animation after the jump!

While the various parts of the Zelda series shown in this video are from a number of games, the majority of the things seen are taken from Ocarina of Time and the original Legend of Zelda. This, combined with the ending suggests that it takes place in the Fallen Hero timeline. For those of you who have never seen the original video you can watch it below. In it Link is on a quest to rescue Zelda and the Old Man from the original game approaches Link and asks for a hand with a specific something:

Would you like to see more Zelda music from Starbomb? Or did you perhaps think that the Zelda rap by Smosh was a lot better? Please share your thoughts in the comments below!