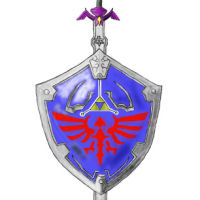 Location: Dallas, Texas
Favorite Zelda: A Link to the Past
Date Joined: September 2017

Hiya! I’m Adam Barham. I’m a Christian, gamer, author, Youtube-viewer, and music-lover working my way along through life. I’m eighteen years old, and I’ve been a Nintendo fan for as long as I can remember, with Super Mario All-Stars and The Legend of Zelda: A Link to the Past as my first video games ever on the Super Nintendo.

I live in the Dallas metropolis and have for all my life. And it is true what they say – when the light isn’t hindering your view, the stars at night are indeed big and bright, deep in the heart of this fine state. We have a lot of good food down here and in many different varieties, though Italian and seafood are some of my favorite kinds. The only complaints I have about the area are the heat and crazy drivers, though I suppose there are some reckless drivers everywhere, huh?

While The Legend of Zelda franchise has always been my favorite, I’m a fan of Nintendo games in general. Pokemon, Metroid, Super Smash Bros, Mario Kart, and Splatoon are a few of my favorite Nintendo game series, just to name a few.

Since I’ve joined Zelda Dungeon, I’ve had the pleasure of running Artists of Legend, a series dedicated to sharing the artistic talent of fans of The Legend of Zelda. In the past several months, I’ve also worked on co-writing one of our stories for Fan Fiction Fridays: Beyond the Horizon.

I have to pick a favorite Zelda game? That’s a hard one. They all have good things about them, but I might have to give in to nostalgia and say A Link to the Past. I have a lot of good memories of that game and still enjoy it to this day. If I were to remove the nostalgia blinders, I’d have to give the title to Skyward Sword. From the music to the story to the dungeons to the combat, that game is a blast to play. However, Breath of the Wild is high up there as well as a fantastic all-around game, so I’m honestly not fully sure. I love the series, and it’s hard to pick one favorite; do you know what I mean?