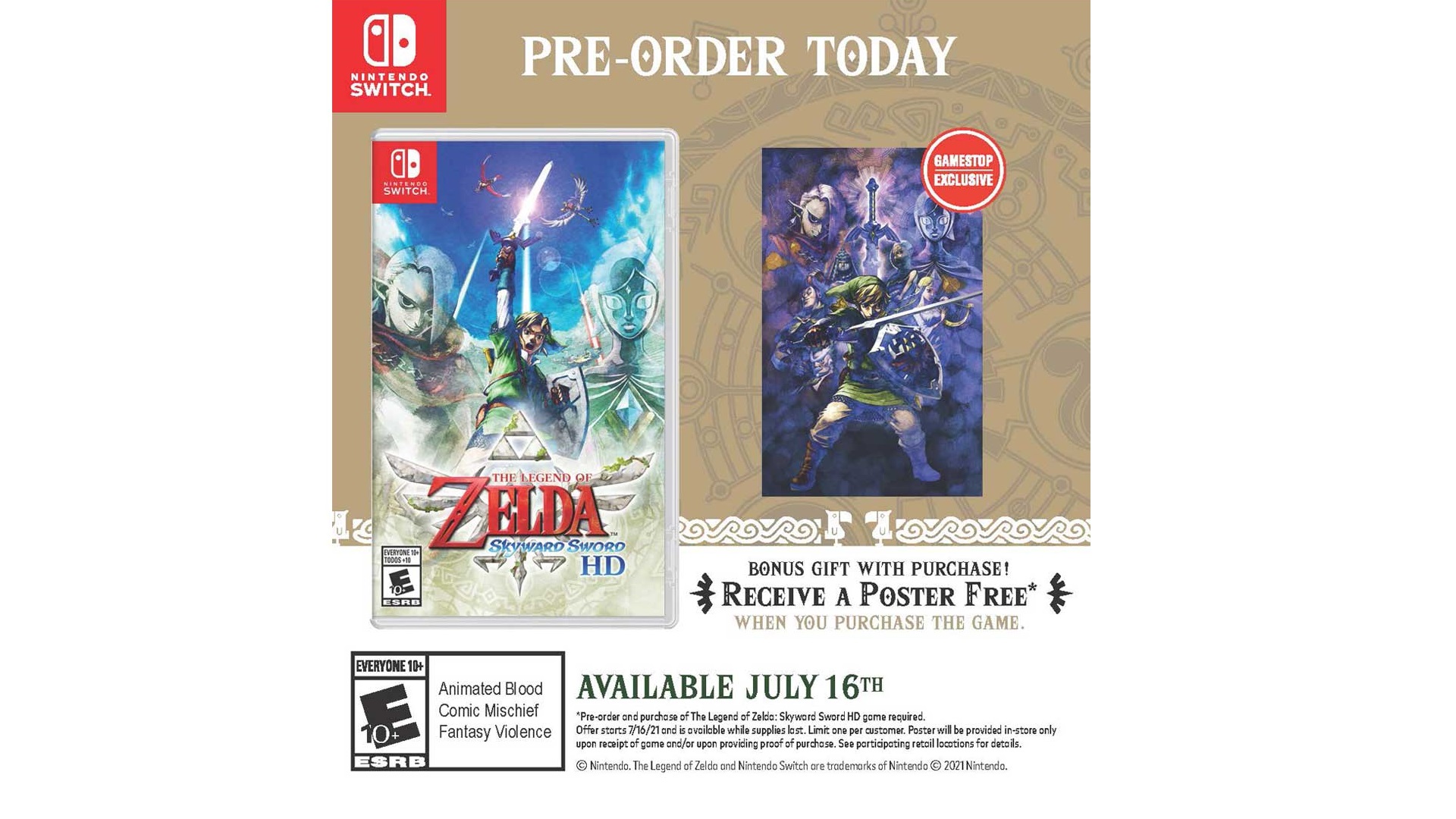 A little more than a month before the game’s release, GameStop has revealed an exclusive pre-order bonus for The Legend of Zelda: Skyward Sword HD!

Customers who buy the game at GameStop will receive a free poster as a bonus gift! The poster features artwork from the game’s original release, depicting the main cast of characters and no additional text. It appears to be single-sided, and the dimensions have yet to be revealed.

While I like the poster, I would have appreciated something else, be it new artwork for the remaster, a figurine, a button, or something else entirely. This poster is something Nintendo could have released on its own in the market, and the fact that it’s old artwork makes it feel rather lackluster as a pre-order bonus. Nevertheless, I do look forward to hanging this on my wall.

Take to the skies, draw your sword, and experience the earliest story in the Legend of Zelda™ series.

What do you think of this bonus? Would you rather another piece of artwork? Would you prefer it had the name of the game? Would you have preferred something else entirely? Let us know in the comments below!

Comments
Sorted Under: Skyward Sword, Slider, Zelda News
Tagged With: No tags were found for this entry.