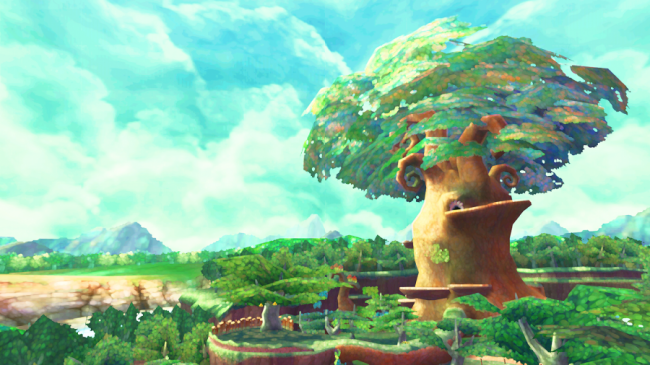 With all the latest news with Ocarina of Time 3D popping up almost on a daily basis, Skyward Sword has really taken a backseat. In fact, very little of anything has been even talked about with Skyward Sword. The last official announcements that I could even remember, was that the game development was going to take up through the end of the year. Although that quote was from last year, meaning the development would complete in 2010 and an early 2011 release was to be expected.

Well, we are well passed early 2011 and Skyward Sword has obviously not released. Additionally, we’ve heard practically nothing about it, other than the fact that it will release sometime in 2011. I suspect a three-fold reasoning for the delay. The first being that this is Zelda’s 25th anniversary. Nintendo could have rushed the game out last holiday season, but they had such a strong lineup already that it was completely unnecessary. 2011 just made more sense for the new Zelda title. Second, it wasn’t released in early 2011 as Nintendo had major releases such as Pokemon Black/White as well as the Nintendo 3DS. Third, it’s not being released during the summer, because Ocarina of Time 3D is already taking the spotlight. So I think there is legitimate reasons for not wanting to rush it out. Yet, even with this delay and the lack of new information, anticipation for the game is growing.

The guys at CVG are talking about 60 different titles to see which is going to be the most anticipated one for e3 2011. In particular they had this to say about Link’s next adventure on the Nintendo Wii.

Alas, part of this means bodging up swordplay as never before. Call it a learning experience. Nintendo have certainly been attentive in class. After the relatively simple slashing in last year’s E3 demo, they arrived at this year’s Game Developers Conference to show off how far the combat has come.

Nintendo boss Satoru Iwata revealed a dizzying cascade of clips, telling us that “design has advanced to take further advantage of Wii MotionPlus.” He needn’t have spelled it out. From the montage of inventive monster types and shiny new puzzle designs, its clear that Link’s latest is squeezing every last drop of tilt out of the MotionPlus boosted remote.

Admittedly, we’re still curious as to how it’ll hold together. Producer Eiji Aonuma’s promise to shake up accepted norms has yet to amount to anything, but whatever structural overhaul he has in store, there’s little doubt that the building blocks themselves are anything but brand spanking new.

Just look at this electrified snail or that mechanical totem pole. This is Zelda, people! Officially a risk-free zone since 2000’s Majora’s Mask. If these pages show how much novelty the team can squeeze into a tiny film reel, imagine what wonders await us in the finished game. Are you as excited about it as us?

Skyward Sword really has big shoes to fill at this years E3. Last years E3 really set the bar when they talked about the new controls and from what we’ve heard out of recent builds of the game, the control has significantly improved, taking full advantage of the Motion Plus Controller. This is not just a new Zelda game, but a game that has a chance to fundamentally change the way we control games in the series. There’s been a lot of Nintendo Wii titles that utilize the motion controls, and even on the Playstation Move and Xbox Kinect we are seeing new ways to play games. However, we have yet to see a true core triple A game that has new controls as its fundamental way of play.

I’m personally looking forward to see what impressions are of the updated controls and how natural it truly feels. There is so many other things I’m interested in as well, such as the storyline, any brand new items, new villains, and the changes to the dungeon-field system that have been promised. While Ocarina of Time 3D is getting all the spotlight, come E3, Skyward Sword will be the talk of the series.

Be sure to voice your thoughts about what you’d like to see with Skyward Sword at this years E3.