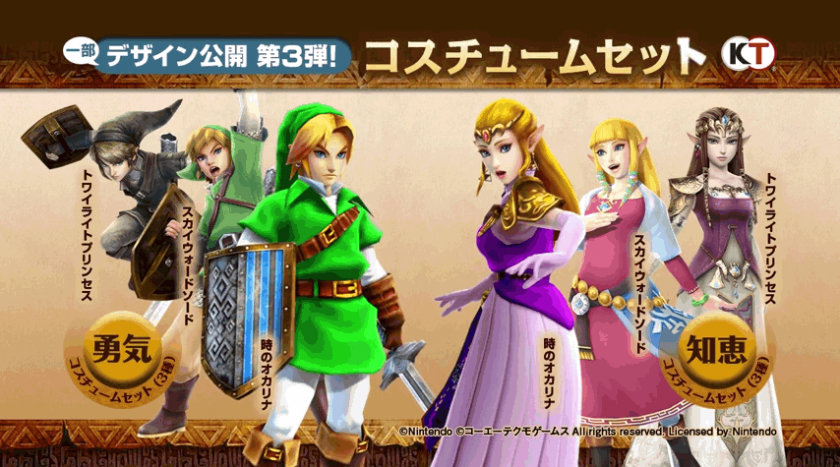 Nintendo announced that retailers would be offering exclusive DLC packs for Hyrule Warriors. GameStop and Amazon US will, respectfully, have the Ocarina of Time themed pack and the Twilight Princess pack, which includes both Link and Zelda costumes.

Skyward Sword costume set, we now know that if you pre-order Hyrule Warriors at Best Buy from August 6 through September 25 you’ll receive an exclusive code to download the previously mentioned DLC for Link and Zelda upon pick up and purchase of the game. To do this you’ll have to connect your Wii U to the internet and make sure the console has the latest system update. After that, select the Nintendo eShop from the Wii U Menu and look for the “Enter Download Code” located at the top of the screen. Enter your code there.

The pre-order release date is September 26 and the downloadable codes will expire at midnight on March 31, 2015. So… which set are you going to pick?