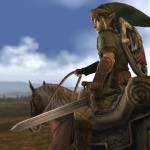 Of the Zelda fan base’s many questions regarding the future of the series, one arguably stands above the rest: should Zelda take on a Metroidvania-style system of progression? It’s a question worth pondering; the Zelda series has toed, and occasionally stepped on either side of, the line between linearity and difficulty progression. In my opinion, moving to a Metroidvania style of progression would improve a series that we already love.
This is part two of a two-part exploration of whether or not the Zelda series should adopt the main ideas of Metroidvania games.  This piece was done by a guest writer, the fantastic Spencer Hammersten.

How does one define a video game as “linear”? It’s an important question that’s surprisingly difficult to answer briefly. People will usually tell you that linear games are defined by providing only a single path through them, and they offer little to no freedom to explore the game world, or to easily access later areas of the game. However, when you ask people whether they consider games like Super Metroid or Castlevania: Symphony of the Night linear, they will often respond that they do not, despite the fact that those types of games do, in fact, adhere to the aforementioned rules of linearity. In Super Metroid, players are given one specific path through the game, via collecting upgrades in a pre-determined order. Players are locked out of the vast majority of Maridia until they acquire the Gravity Suit, and they are locked out of the Wrecked Ship until they acquire the Grapple Beam. The central question is this: why do people consider Metroid and Castlevania so nonlinear, when they do, in fact, adhere to the standards of linearity set by today’s gamers? 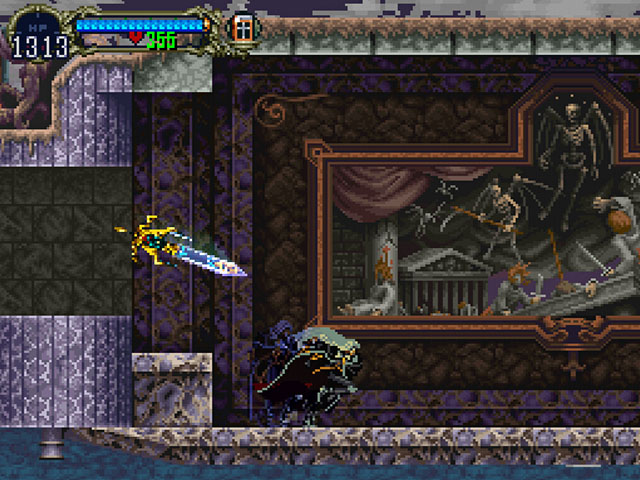 The answer is this: they do an absolutely fantastic job of making it seem as though the game world is nonlinear. When the player acquires the Gravity Suit, he or she may then enter Maridia from Crateria, fall down a chute, and emerge near the broken glass tube from earlier on, allowing easy access to both Brinstar and Norfair. The player has little purpose to revisit either area at this point in the game, but the ability to do so gives the illusion of a purpose. The player has unlocked a shortcut back to a previous area of the game, creating an innate sense of interconnectedness, and, more importantly, nonlinearity.

This is important because nonlinearity comes with a lot of downsides from a design standpoint. It’s easiest to create a well thought-out level when you can plan around a player approaching it from one specific direction. A great example of this is the enemy placement in a game like Mario compared to a game like Skyrim. In Mario, the enemies are all planned around Mario approaching from the left. A koopa that walks down an left-to-right ascending staircase is a challenge that would not be anywhere near as difficult to deal with coming from the opposite direction. Skyrim’s enemies, in the overworld at least, seem to be just dropped nonchalantly into the game with little thought to how the environment makes fighting them a challenge. The other issue with nonlinearity is that difficulty balance usually becomes a significant problem. When a player can access six main quest dungeons at once, such as in A Link Between Worlds, it becomes extremely hard to make the difficulty progress upwards as the player progresses through the game. In fact, due to the developers’ inability to determine the player’s path through the game, the difficulty usually scales downwards because the player improves over time. Metroid does an excellent job of reaping the benefits of linearity, such as a proper difficulty balance and thought-out level design, without making the player’s progression feel constricted.

But how does all of this fit into Zelda? After all, Metroid and Zelda are two completely different series, and Zelda not only needs to incorporate an overworld, but also a set of dungeons. How can Zelda manage to adopt a Metroidvania world layout, a style that so heavily emphasizes the overworld? In order to answer that question, we must first delve into the ideas of some of the older Zelda titles. Most importantly, the original The Legend of Zelda and A Link to the Past. I believe that these games hold the key to what could make a Zelda game work with Metroid-style progression. A Link to the Past has, without a doubt, the best structured overworld in a Zelda game. It manages to capture the signature “Zelda” feel of a grand, sweeping overworld without feeling empty, like the overworlds of Ocarina of Time and The Wind Waker. 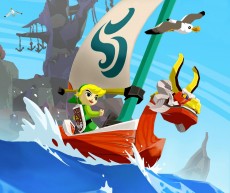 The reason for this comes down to the means the game takes to slow the players’ progress through the overworld. In The Wind Waker, sailing from island to island takes an incredibly long time and is also incredibly boring. Maybe a few enemies will pop up, but you’ll just sail around them because there’s no actual benefit to taking them on. In A Link to the Past, the player must fight through or at least dodge the attacks of hordes of enemies with well thought-out placement in order to progress. The overworld was nearly as treacherous as the dungeons themselves. The Legend of Zelda and A Link to the Past slowed the player’s progress through level design, not empty space. A Link to the Past had a great overworld, except for one thing – there were entire areas that were reachable, but completely pointless until a specific item showed up.

Now I’d like to talk for a moment about my favorite overworld in a 3D Zelda game: Twilight Princess. Hyrule Field is very small at first, because the player lacks the means to overcome some of the obstacles of progression. When the player begins to progress further through the game, though, more of it opens up, and the player unlocks shortcuts back to places he or she has already been. Sound familiar? It uses principles from the Metroid series to make the game feel nonlinear when it is, in fact, completely guided. Importantly, it fixes the issue that A Link to the Past had, where areas of the overworld were irrelevant until a certain point in the game. Now, those areas of the world aren’t even available until they’re relevant. It’s the simplest solution.

How can Metroidvania work in Zelda, when Metroidvania is so overworld-heavy and Zelda is so dungeon-heavy? It’s simple; put more emphasis back on the overworld. Let go of the concept of dungeon-focusedness and make the overworld richer, rather than bigger. Moreover, style it like Metroid or Castlevania. Guide the players through it in a straight line and let them find items like the hookshot or bombs to unlock shortcuts back to previous sections. That’s how Metroidvania can work in Zelda.

Agree or disagree, leave your thoughts in the comments below. Also, be sure to check out the dissenting opinion in a piece written by ZeldaDungeon’s Mark Olson.

Comments
Sorted Under: A Link to the Past, Editorials, Twilight Princess
Tagged With: Metroid, Metroidvania, Zelda