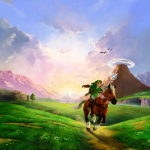 Of the Zelda fan base’s many questions regarding the future of the series, one arguably stands above the rest: should Zelda take on a Metroidvania-style system of progression? It’s a question worth pondering; the Zelda series has toed, and occasionally stepped on either side of, the line between linearity and difficulty progression. Transplanting some elements of Samus and Simon’s best adventures could potentially solve both of these problems, right? I couldn’t disagree more. In this article, I outline the many reasons as to why Zelda games shouldn’t take cues from the Metroidvania genre.
This is part one of a two-part exploration of whether or not the Zelda series should adopt the main ideas of Metroidvania games.

Before the meat of the article, I’m going to go into some context. I am a massive fan of Metroid as well as (obviously) Zelda. Super Metroid is my favorite game of all time. As such, this means that my perception of this topic may be a bit more colored than someone who is not partial to a game on either side of this debate. Without further ado, onto the article proper.

Though both Metroidvania and Zelda have a heavy focus on exploration throughout the game, it’s important to note some key differences in both the tone and design of the game worlds. While Zelda games, particularly the 3D titles, have vast open areas for players to explore and sweeping vistas for those players to feast their eyes upon, the areas in Metroidvania games are far more confined and claustrophobic. This is important; because of this design choice, there is very little empty space. Even in the Metroid Prime trilogy, rooms very rarely utilized more than one direction of movement. Players were only allowed to go one way after their path was chosen, with few exceptions. This stands in stark contrast to Zelda, where players are dropped into enormous areas with a large degree of directional freedom. Let’s look at a typical area from each game; for the fairest possible comparison, I picked two 3D games. 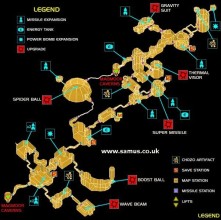 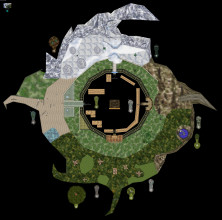 What a stark difference. As you can see from the maps, Phendrana Drifts is filled with lots of tight corridors and enclosed spaces, while Termina Field is nothing but an immense, open area. While players may only have a couple of branching, cramped paths to choose from in Metroid Prime, players of Majora’s Mask are allowed to roam more or less where they please in a relatively large space.

Metroidvania works in part because players are only afforded a certain number of options in regards to movement; if the player does not have the equipment necessary to advance they can simply keep moving on and remember this locked door for later. Because of the structure of a typical Metroid area, the game can gently nudge players along towards areas that they should remember in passing without intruding on the sense of exploration the game creates.

In Zelda, however, players have grown used to vast open areas in which they can freely ride Epona, cut grass, and blow open caves at their leisure. This facet of the game has become closely tied to the identity of the series; when asked what particular memories stand out from a favorite Zelda game, a number of players rave about the fun they had galloping throughout Hyrule Field. This poses two problems to a Metroidvania style of progression, the first of which is a lack of control on the part of the developers. While Metroid games can nudge players along without being annoying through shuffling them through confined areas with a set goal in mind, the developers of Zelda have no such luxury. In order for Zelda’s signature plains to remain intact, developers have to forfeit their right to give subtle hints to players through the design of the over world. If the developers wanted players to notice a blocked off area in the over world, they would need to either hope that players would end up passing it (which could work for larger obstructions, but not for more minute ones) or point it out to them, a la Navi.
The other issue with these large areas is a considerable amount of travel time. Because of how players are expected to use their items to open up new areas, Metroidvania necessitates back-tracking; for the strategy outlined to be effective, players will usually have to pass a blocked-off area and then make a return trip later once they have the item necessary. Because of the size of Zelda’s game worlds, this could become incredibly tedious and tiresome. In Super Metroid, skilled players with a reasonable amount of knowledge regarding Zebes could traverse the entire map in a matter of minutes. In the Zelda series’ 3D titles (with the possible exception of Majora’s Mask), this isn’t the case. Navigating Hyrule Field alone in Twilight Princess takes an amount of time prohibitive to Metroidvania. 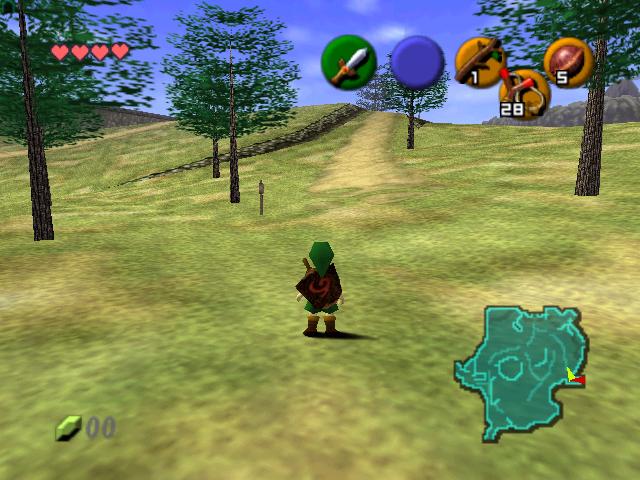 In addition, one must consider where the meat of each game is. In Zelda, most of the content is in the dungeons while in Metroid, the content is found in the over world. Because of this, the “heavy-lifting” that players are expected to perform are in two very different sections of the game. In Metroid games, there is no distinction between where the exploration stops and the puzzle-solving begins. Navigating the world can be a puzzle in and of itself, really; a good portion of the player’s brainpower throughout the experience will be taxed with finding the varied uses of their newfound item . Take a look at Super Metroid, for example; one of the more famous moments of the game involves the player using power bombs to destroy a glass tube, allowing access into Maridia. Regardless of whether or not some players needed to consult a guide to figure this out, it is a good example of putting a relatively rigorous puzzle in the over world.

Zelda games, however, do have a certain amount of separation between extensive exploration and extensive puzzle solving. Though players may be asked to solve a puzzle or two in the over world (Skyward Sword in particular left the player with a number of intellectual challenges to surmount), it is never to the same degree as in dungeons. Because of this, I cannot see a Metroidvania style of gameplay being implemented well, or at the very least not as well as it is in actual Metroidvania games. The focus of the game would cease to be about penetrating the labyrinthine, subterranean lairs of dangerous beasts and instead move to the over world. Unless the games were made considerably longer, the experience found in the series’ famous dungeons would be compromised, at this point bringing into question whether or not it’s really a Zelda game.

In summary, the Zelda series has a number of defining elements that would prevent it from being an effective Metroidvania game while hallmarks of the Metroidvania genre have an equal number of defining elements that would not fit in the Zelda universe. We have seen what’s happened when the Zelda series has tried to adapt a similar philosophy (new items unlock new over world areas) to their games, and it wasn’t pretty; in The Wind Waker, most major islands are guarded by a simple puzzle that can only be solved once a particular item has been obtained. For example, Fire Mountain and Ice Ring Island require the ice and fire arrows respectively before the player can delve into the interior and receive yet another item to get further into the game. However, anyone who, like myself, tried to explore the Great Sea right after first meeting the King of Red Lions should sympathize with the annoyances that this ideology caused. In The Wind Waker, the developers tried to implement a Metroidvania system while maintaining, even increasing, the vast scope of the over world as established by Ocarina of Time. This was better on paper than in practice. Because of how large the over world was, travel time was rather lengthy. Though not an issue on its own, this was a recipe for disappointment when coupled with the sheer number of islands with special items required for their exploration. Players could spend a couple of minutes sailing over to the hazy silhouette of an island in the distance only to find once they got there that their arsenal was insufficient. This attempt at reconciling the Zelda and Metroidvania schools of thought ended up creating something that had the bad points of both (those being the longer travel times from Zelda and the inability to explore certain locations early on in the game from Metroidvania) and the good points of neither.

As someone who loves both Zelda and Metroidvania games, I can certainly understand the desire to see the two merged into one. However, I feel as if each of these games should stay in their respective realms; the chasm between the two schools of thought are simply too great to overcome.

Agree or disagree, sound off in the comments below. Also, be sure to come back tomorrow and check out the other side of the argument in a piece by a guest writer, the fantastic Spencer Hammersten.

Comments
Sorted Under: A Link to the Past, Editorials, Majora's Mask
Tagged With: Metroid, Metroidvania, Samus, Zelda