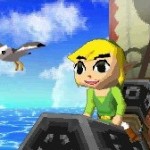 When thinking up editorials, my mind tends to stray towards the same games: The Wind Waker always seems like a good option, I always have something to say about Skyward Sword or Twilight Princess, and I never tire of talking about my personal favorite title in the series, A Link to the Past. I try to avoid repeating myself, but it keeps getting harder and harder to think of something fresh. So, when brainstorming for my latest editorial I thought that it would be fun to go completely outside of my comfort zone and talk about a game I hear little about, and what I hear is generally negative.

Welcome to the first installment in my new editorial series, Revisiting Phantom Hourglass. In this edition, I will be getting through the introduction of the game, up through the meeting with Astrid just before entering the Fire Temple.

Before I talk about the game itself, I would like to give some information about my personal history with the game; I assure you, it is a bit different than most Zelda fans.

Being a younger volunteer here at Zelda Dungeon has put me in an unusual position: Phantom Hourglass was my very first Zelda game. One could say that I’m proof of Nintendo’s “casual-appeal” approach working. I first played Phantom Hourglass about a year after release and was hooked; I played it and Spirit Tracks while being unaware of the series’ pedigree and didn’t learn about Ocarina of Time, A Link to the Past, or any of the other games of the series until much later, around the release of Skyward Sword. As such, I have very fond memories of the two DS titles.

However, that isn’t to say that I remember them very well; since my initial time with the games, I haven’t touched them at all. My memory is spotty at best and nonexistent at worst. In this series, I seek to re-experience Phantom Hourglass and look through it with a more critical eye– hopefully leading to a better understanding of a game that I don’t hear much about. Without further ado, let’s begin.

Those of you who have read one of my editorials in the past will be aware that I am quite the stickler for introductions in the Zelda series. In regards to player engagement, no section of the game is more integral than the opening moments. Phantom Hourglass’ opening does its job just fine. It’s not on the same level as A Link to the Past or The Wind Waker‘s introduction, but it’s no Twilight Princess either. The opening cutscene does a decent job of giving context for the game (though whether it’s actually needed is a question worth pondering) without getting too verbose, and, for what it’s worth, I love the throwback Wind Waker tunes. It’s a nice way to harken back to the previous game without being too heavy-handed about the matter.

In the first true cutscene of the game, the motivation for beginning our grand quest is revealed as Tetra falls into the clutches of the mysterious Ghost Ship and Link is knocked into the cold sea. 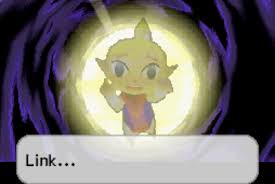 Once Link floats ashore and is awoken by a fairy called Ciela, we get our first taste of gameplay. The game does a decent job of showing players the ropes without being too intrusive, but some sections are certainly better than others. Basic movement is handled well, but the sword tutorial was a little bit wordy. It is worth noting, however, that this was the first Zelda game to use the touchscreen (or any alternative to the standard controller so heavily), so it’s understandable that developers would want to ensure that players got a good grip on the controls before throwing them into actual combat.

After a brief cutscene explaining how earthquakes have been rattling Mercay island, our port of call, we venture north into a section of the island inhabited by some chuchus and, very quickly, a series of caves complete with the obligatory keese and rats. The cave section, though not lengthy at all, is a great inclusion; not only does it allow players to familiarize themselves with the controls on some non-threatening enemies, it also comes complete with a locked door requiring a key, a lever puzzle, and some blocks that the players have to move around to progress. In one five minute stretch of gameplay and virtually no verbal explanation, the game has introduced most of the major puzzle conventions so prevalent in the Zelda series in their most basic forms.

Once we escape the dank confines of the cave, we emerge on to the East side of Mercay Island in search of Captain Linebeck, a man who will hopefully lead us to the ghost ship. After being told that he went north into the Temple of the Ocean King, we make the trek up and very quickly come to this intimidating temple, if not in appearance than certainly in the reputation it has earned from the Zelda fan base. 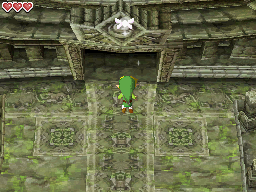 In terms of communication, the temple is very hit-or-miss. The nonverbal cues are absolutely fantastic; the safe spaces look like the floor out of a Just Dance game, and the sound effect that plays when entering or exiting one of these patches is subtle, but hard to miss. Players will always know when they are in danger. This makes me wonder why the game felt the need to explain this not once, but twice. There are four pots at the entrance (which is a safe space, I might add), so it would have been very easy to just let players step outside of the safe space, hastily return once they realize that their health is dropping, and replenish their hearts with one of the four pots right there. Having a ghost explain it at the beginning was one thing, but having Linebeck explain it again once inside the “heart” of the temple simply seems like wasted time.

This does bring me to what was undoubtedly the high point of this segment and certainly one of the best parts of the entire game: the unforgettable, the fearless, the dastardly, the cunning, the one and only Captain Linebeck! I cannot overstate my love for this guy, and his entrance could not have been handled any better. He needs your help in escaping the Temple of the Ocean King, claiming that his ankle is simply too injured for him to get out of his predicament. Once you save him, he makes a mad dash for the exit, though that must have been a mere illusion; his ankle is clearly throbbing, his face contorted in agony. Agreeing to meet back in port once Link has procured a sea chart from the Temple of the Ocean King, the proud captain races back to the civilized side of Mercay island. 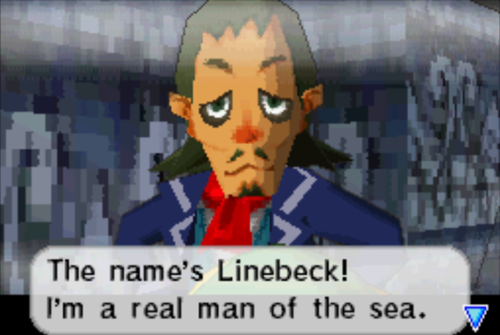 Following a very easy and incredibly short adventure deeper into the temple, we head back to port and are treated to some more stellar dialogue. Oshus directs us to Ember Island, the home of this game’s fire temple, and Linebeck agrees to ferry Link and Ciela over there.

Once we reach Ember Island, the fearless Linebeck begrudgingly agrees to stay behind and guard his vessel, leaving Link and Ciela to seek out a fortuneteller named Astrid in hopes of entering the fire temple. Upon entering the building, however, we find a basement full of monsters and a trapped seer. The door blocking our path to the fortune teller can only be unlocked by scouting out Ember Island and plotting the locations of the island’s three torches on a map next to the door. This section is short, but effective. Players are left to their own devices and expected to explore the island on their own. It’s a funny way of flipping the script, really; instead of going to a dot on the map, players are made to place the dots on the map themselves. 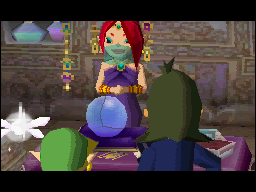 This is as good a time as any to mention how the game has made use of the Nintendo DS’ unique capabilities. It’s very clear that the developers wanted to show off the system as thoroughly and quickly as they possibly could; players are forced to make use of the touchscreen in an easy puzzle before they even get the sword. Special note is made of the player’s ability to mark up their maps. This is a really great feature; personally, nothing captures the feel of adventure quite like scribbling some quick notes onto your map to help you navigate a dungeon or remember the solution to a particularly tricky puzzle. Over the course of the forty-five minutes or so of gameplay that made up what has been covered in this editorial, players had to write out the number of palm trees on the beach, scratch away an old section of their sea chart to reveal a secret, shout out to Astrid with their microphone, and plop down fire markers onto their map to free the aforementioned fortuneteller.

Despite feeling a bit gimmicky (and, in the case of the microphone, not okay to do in public), I would be lying if I said that I didn’t enjoy these quick little puzzles. There’s something charming about them, no matter how cheesy they may get, and it’s good that Nintendo introduced these mechanics early on. It would have been nightmarish had they implemented these halfway through the game when players had already gotten used to the game’s puzzle mechanics sans the touchscreen and microphone, so it’s a good thing that they introduced the more hardware-inclusive puzzles right along with the standard block-and-switch conundrums that fans of the series are expecting.

Overall, I would classify the opening of Phantom Hourglass as rather good. It’s not terribly lengthy, gives us a decent story to jump off of, and introduces all of the main gameplay concepts of the game that players would expect (oh, not to mention LINEBECK!).

In the next installment of this editorial series, we will see if the fire temple can capitalize on this momentum as well as talk about the combat system now that we can fight some monsters beyond the basic chuchu. As always, sound off in the comments below! I read them all and generally reply to a few while I’m at it.