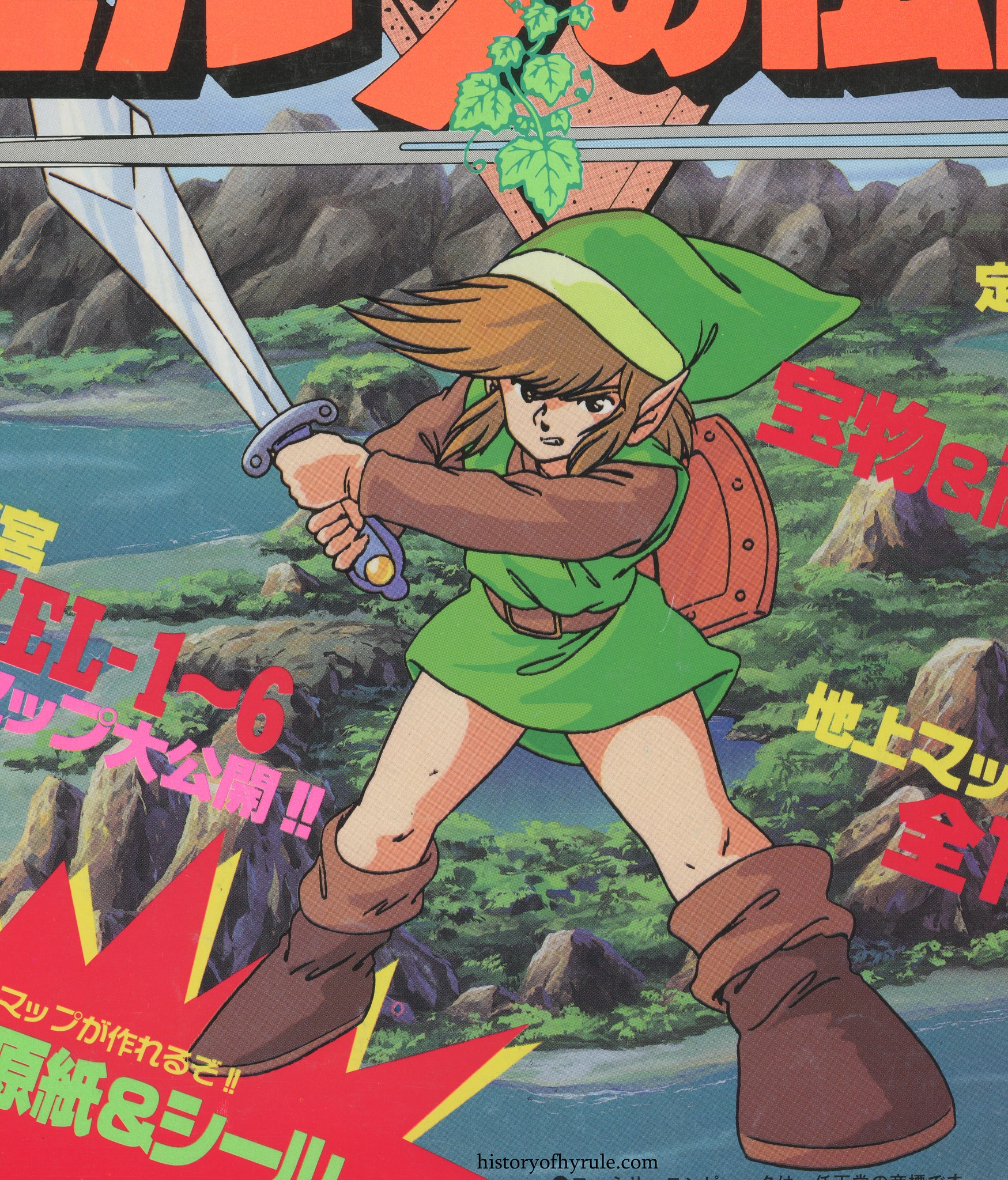 The Zelda series is celebrating 36 years currently! We know so much already about various games and guides that have released in this timeframe, yet much still remains shrouded in mystery. Bit by bit, our friend Melora, who runs History of Hyrule, is archiving rare Zelda guidebooks, magazines, and manga digests that are no longer in print. Her most recent archival endeavor was to find and scan the Japanese version of the guidebook for The Legend of Zelda, known in the United States as Tips and Tactics. Days ago this task was finally completed!

The Japanese version of Tips and Tactics, or Hissyou Hintbon, released May 25th, 1986 within Wanpakku Comics, and was published by Tokuma Shoten. This is a very cool moment because this book is extremely hard to find and obtain. To give some perspective, we have only been able to see occasional glimpses of its contents when it would go up for auction sporadically; and even in Japan it is a hard book to come across.

While for the most part it isn’t too different from the Nintendo of America version, it does have a few major key differences – mainly artwork that was cut in the localized version, and it clarifies crediting of the artists who worked on it. A few of the art pieces have surfaced online in the past, but were extremely low quality scans, or really tiny pictures; this is why Melora’s efforts are so beneficial to preserving Zelda history!

To start, the first image in the gallery below is an iconic piece of art that hopefully needs no introduction: it’s actually only one piece in a set of 4 artworks in the same style; two of them have never been available online with decent visual quality. If that isn’t exciting enough, it was also discovered that crediting of the artist behind these pieces has been incorrect for years. In the past the artwork was attributed to Hideaki Itoh based on the phrasing in Tips and Tactics, and it was thought Yoshimaru Hoshi did the cel coloring. The Japanese version of the guide clarifies much better that it was actually the opposite, meaning proper crediting of the art should go to Yoshimaru since he did the linework.

This version of the guide also features a manga and a removable map, but both were removed in the Nintendo of America version. Melora speculates that the manga was removed because at the time it was not a well-known book format in America. The manga functioned as a tutorial on how to use the map, and was split on the opposite pages of the map spread. The map was likely not re-added to Tips and Tatics because it had a sticker sheet. Since the manga was not in Tips and Tatics its artist was not credited, the man who drew it is Suzuo Yasuki.

Notably, on the same pages as the manga there is artwork of female Link with pink hair, and a pink haired fairy. Both of these surfaced before as cut-outs in a scrapbook that was shown on YouTube, but the owner could not remember where the artwork was from. We finally know where it originates from, and may have an idea on who the artist who drew this version of Link is!

There are only three names credited as illustrators in Hissyou Hintbon: Susumu Kobayashi, Nobuyoshi Takagi, and Narumi Tanaka. Only two of these names are in the localization of the guide. The missing name was Nobuyoshi Takagi, so it’s a reasonable guess to make that he is the artist behind female Link! As for the other illustrators and how it’s been deduced how they contributed; Sasumu Kobayashi is the crucial name here. He is known for doing art in Nintendo Power, and he did a manga based on The Legend of Zelda. Looking at his style from other material, it can be guessed with a fair amount of certainty that he did the watercolor item illustrations in the guide. Melora mentions that the way items are drawn in Kobayashi’s The Legend of Zelda manga matches perfectly their depiction in Hissyou Hintbon. That leaves Narumi Tanaka, who likely did the enemy illustrations in the book.

It’s amazing that after all this time we finally know who to credit these artworks to, and that there are now such high-quality scans of the book and art! You can see the entire book and download the scans of it over on archive.org. For more of the artwork take a look at Melora’s Flickr, and for more details on this story check out Melora’s blog!

The artwork in this book is fantastic! I’ve always really liked the pink hair female Link art, and I am hoping more will be uncovered about Nobuyoshi Takagi. I also glanced at Yoshimaru Hoshi’s Twitter and was blown away by some of his recent artwork! What are some of your favorite artworks from this guide? Let us know in the comments below! 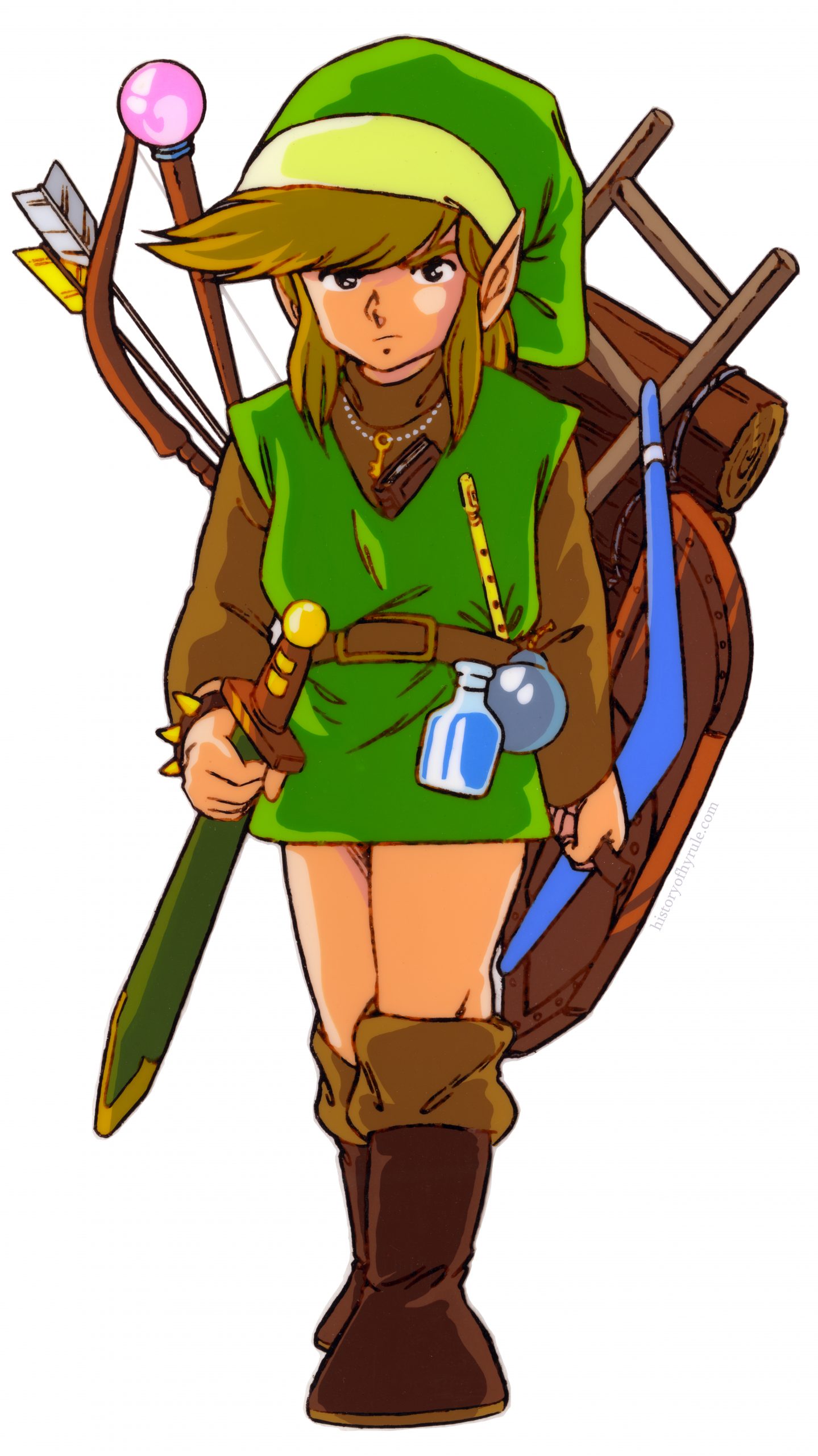 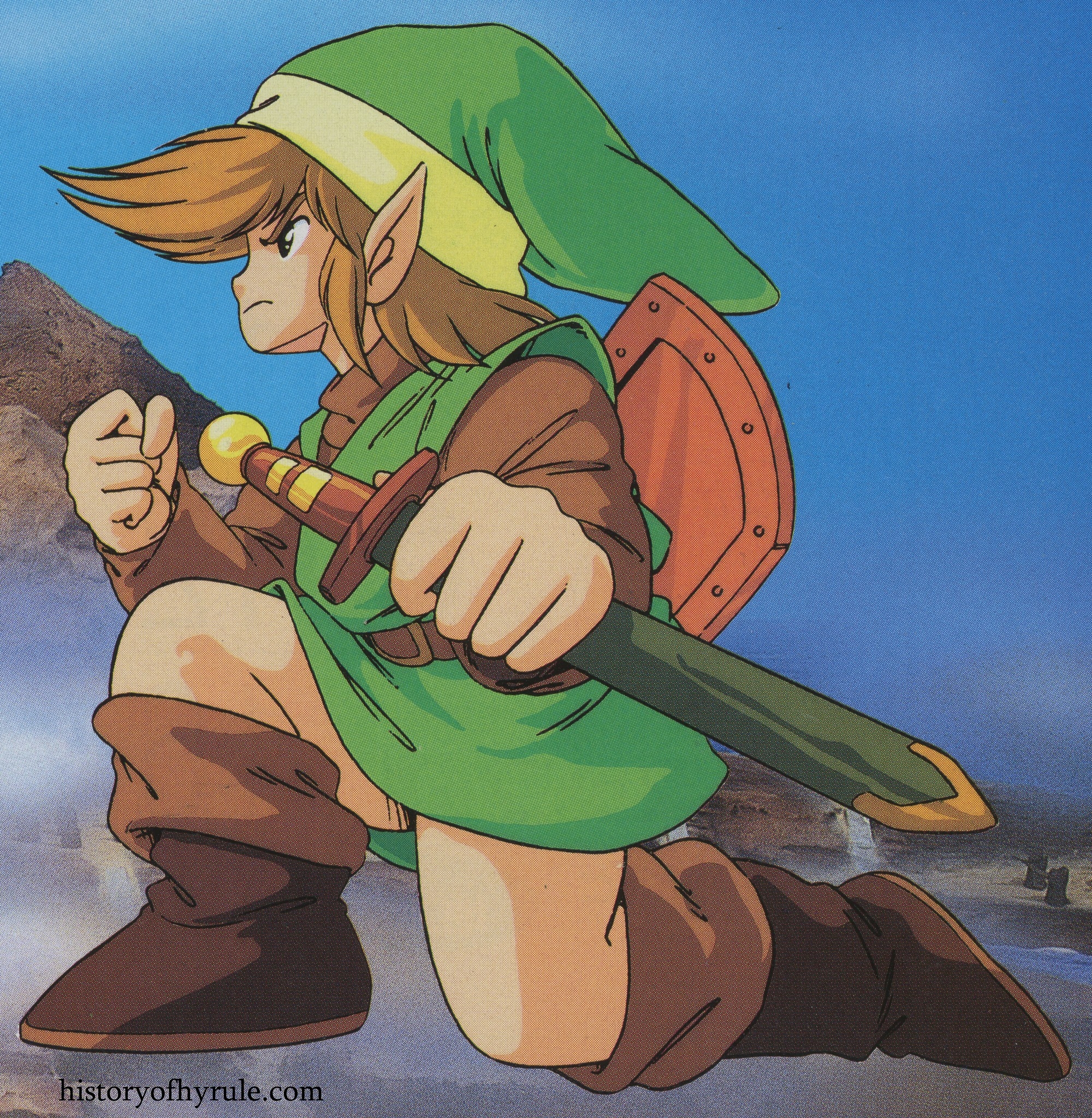 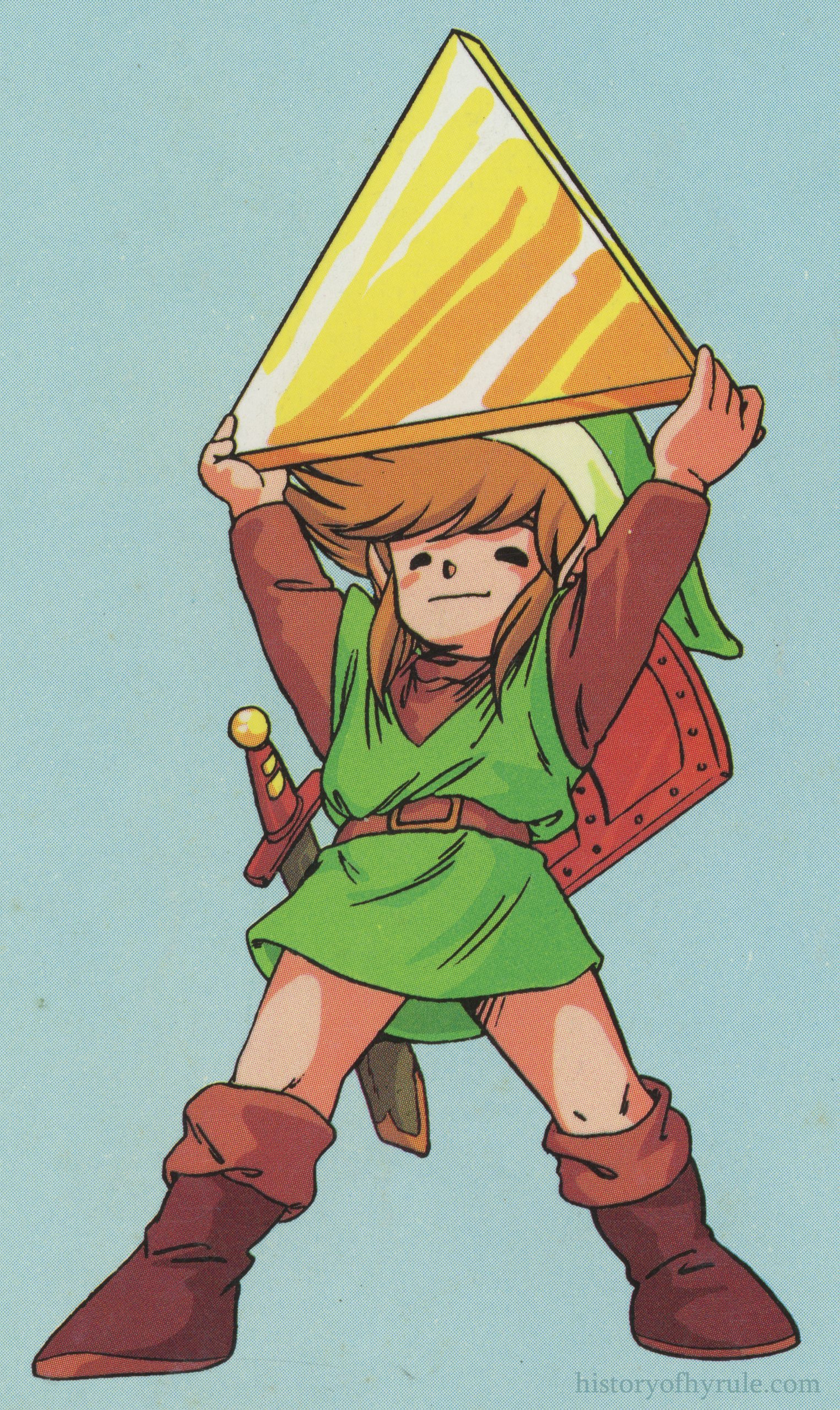 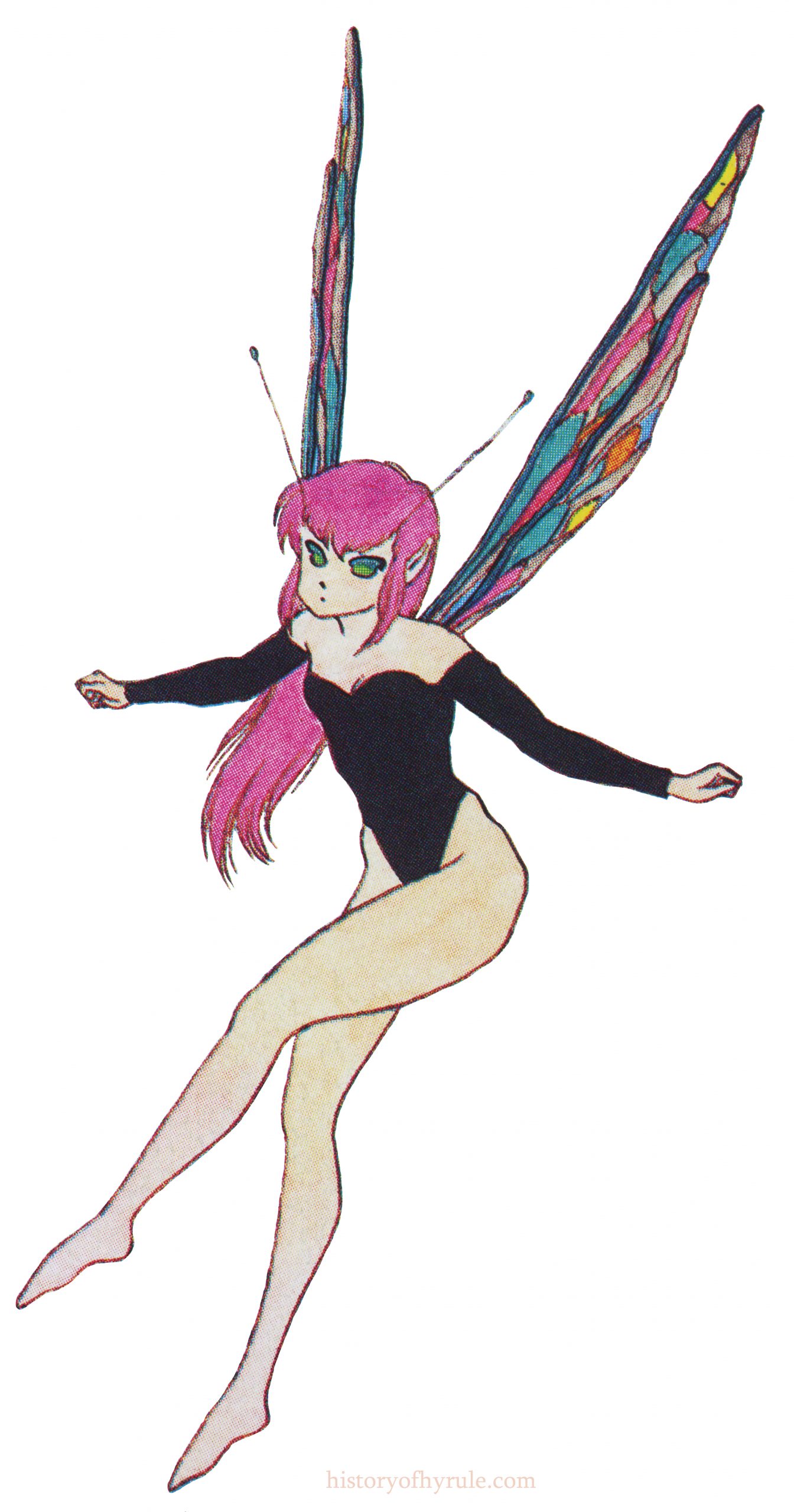 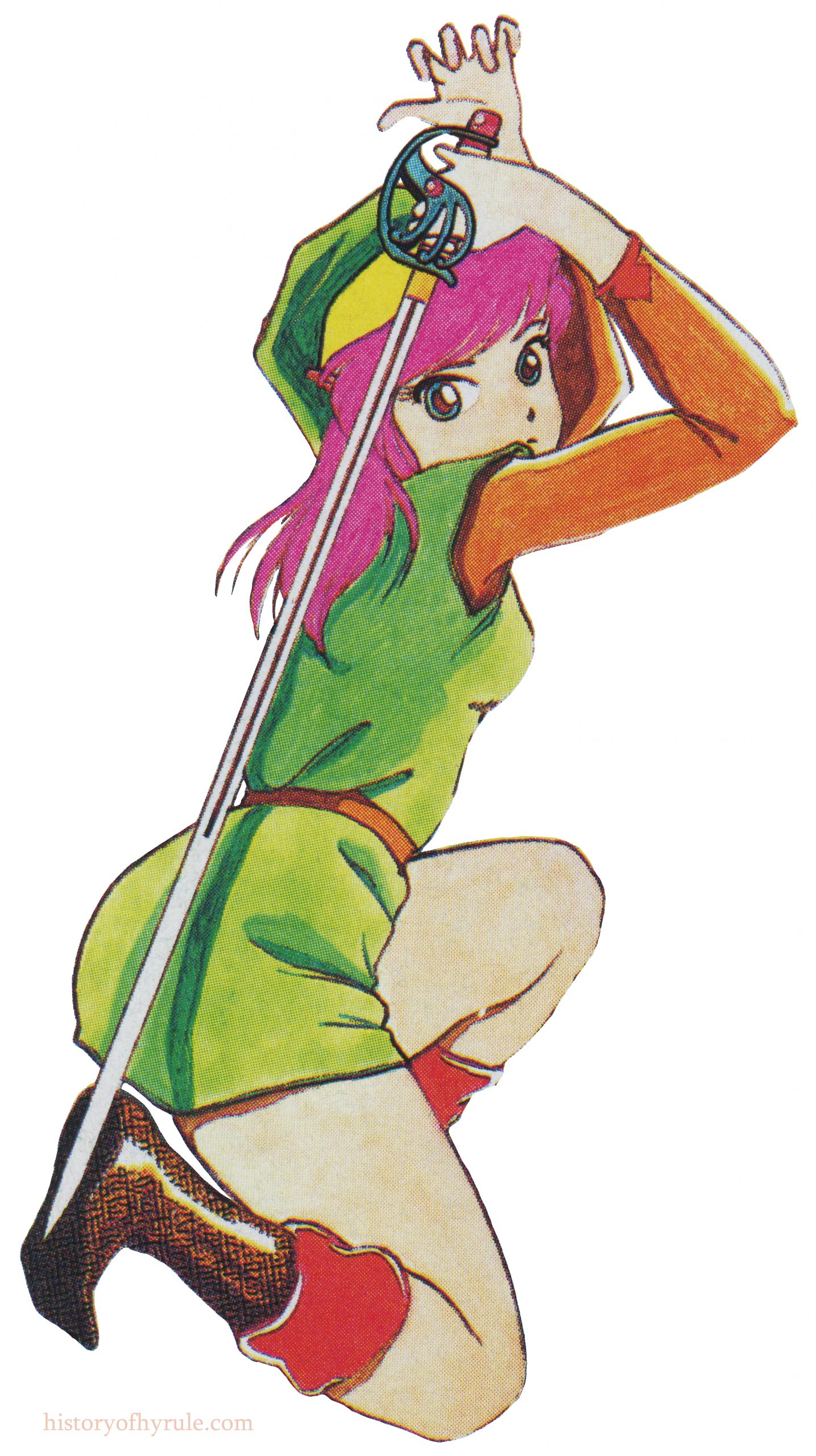