Six more Smash Bros. characters will be getting the Amiibo treatment shortly after the release of the game, and our favourite Princess Zelda is one of them! Make the jump to check out the newly revealed lineup, as well as close up shots of Zelda and a release date!

Nintendo has announced that alongside the existing 12 figures arriving on the 21st of November (28th for Europe), a further 6 will be available in December (19th for Europe). As shown above, this new wave includes Diddy Kong, Luigi, Pit, Captain Falcon, Little Mac and of course Zelda. Check out a close up of the Princess below! 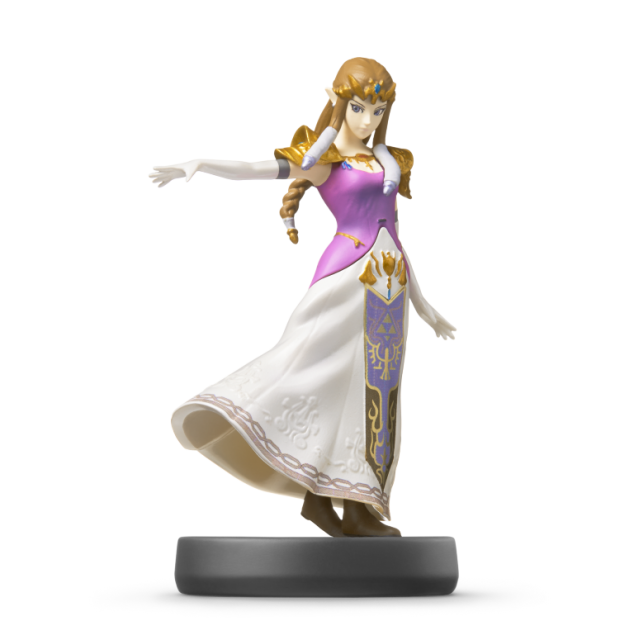 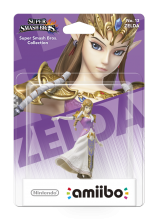 As you can see, Zelda comes in a nice purple variant of the Amiibo packaging, and is in the same pose as her official Smash Bros. artwork. Zelda is number 13 in the series of figures, and will join wave 1’s Link (number 5) as the second Zelda themed figure in the line. Nintendo had previously stated that they intend on making the complete Smash Bros. roster depending on popularity, and so that means that we could also eventually see Toon Link and Ganondorf in plastic form.

The figures will work with Smash Bros. exclusively to start with, but Nintendo have compatibility planned for other first party titles, such as MarioKart 8 and the upcoming Captain Toad: Treasure Tracker. 3DS support for the figures will arrive in early 2015.

Are you a fan of the Zelda figure? Which other Zelda themed Amiibo would you like to see? I personally would love a Darunia. Let us know in the comments below!