Zelda fans the world over have dreamed of Link someday getting his own Paper Mario-style adventure. Well, thanks to a new skin mod from creator AlexByRuizZ, the Hero of Time can finally set out on a parchment-themed pilgrimage. In the mod, a cute-as-a-button paper Link (inspired by the recent fan animation by 64 Bits) replaces Mario as the playable character in portions of Paper Mario: The Origami King. As the skin is still in beta, Link cannot complete the whole game himself yet, but even a small taste of what a “Paper Zelda” could be is better than nothing. Download the mod here!

A recent update also allows for the use of fire and ice Links in combat that wear red and blue tunics. I can’t get over how perfect this little Link is! He fits the style of Paper Mario so well, I would certainly play an entire game built around him. Every few years a fan creation comes along that makes me really wish Nintendo would consider making a Zelda game in this style. And, as usual, the skill of Zelda modders never ceases to amaze.

What do you think of this new skin mod? Do you think a “Paper Zelda” game is a good idea? Let us know in the comments! 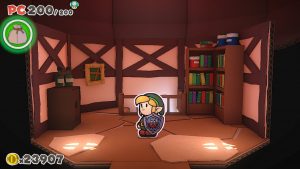 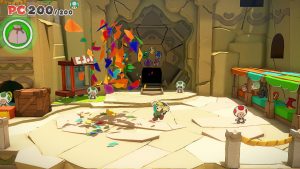 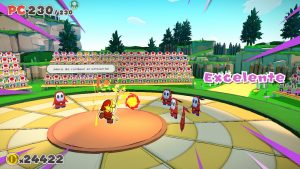 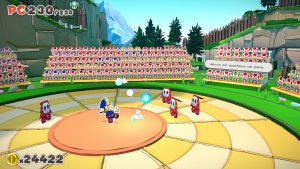