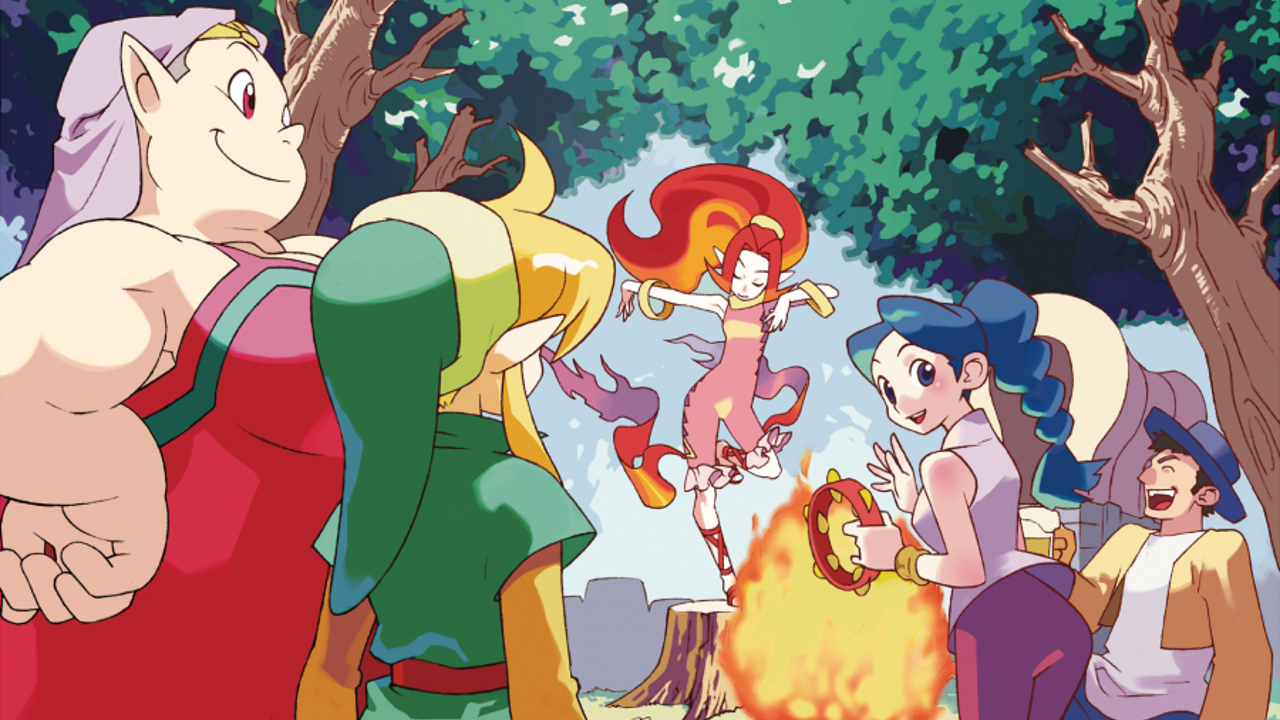 Although multiplayer wouldn’t be formally introduced to the Zelda series until the release of Four Swords for the Game Boy Advance in 2002, the experience of one person playing while others watch and input is something that has been relevant since the days of the NES; and it’s even more prevalent in today’s culture with the advent of streaming platforms such as Twitch and YouTube. Playing through a game with another person, whether as the one playing or just watching, is a unique cooperative experience that can only be achieved through interactive media such as video games. Oracle of Ages and Oracle of Seasons take this concept a step further with their advent of the Linked Game system.

For those who don’t know, or perhaps would like a refresher, Oracle of Ages and Oracle of Seasons are a pair of games that were developed in conjunction with Capcom and released in 2001 for the Game Boy Color. One of the main talking points of these games was the fact that they were two separate stories that joined together. Players were intended to complete one of the games and receive a password which, when input into the password section when starting a new file on the other game, would create a special file continuing the story they had originally started. The process would eventually culminate in a conjoined ending featuring a fight against Ganon.

This was called a Linked Game and carried with it several changes to give players a feeling of continuity. Enemy weaknesses, secrets, tips for bosses, and new side quests were available to linked players; and we even got to see the world expanded in unique ways. In a linked file of Oracle of Seasons, Onox reacts to Link having defeated Veran, and the Piratian Captain is revealed to be Queen Ambi’s long lost lover. In Oracle of Ages, several Subrosians can be found in Labrynna and the Sea of Storms can actually be explored in the present instead of the past. Although these details were fairly minor overall, it really made it feel like one large adventure set between two different games.

When I played through the Oracle games with a friend over a decade ago, we set up certain days when we would get together and play for a few hours. We would help each other with the puzzles and race through the dungeons together as each of us attempted to finish the game before the other one. The real experience though came when, after we had finished the games, we swapped cartridges and began the linked files together.

With both of us having freshly completed the other game, we were able to offer advice to the other. Competing with each other as we progressed through the games became even more fun as we met the same challenges the other had faced and completed them with differing amounts of ease. While I had troubles with the final boss of Oracle of Seasons, he was better at the combat aspect of the game. And even though he was tripped up by some of the puzzles in Oracle of Ages, I found myself completing them with a little more ease — helped partially by his prior knowledge of the game. As much as we were competing against each other, we were also helping each other. If one of us fell behind, the other would provide help if asked for it or would just simply take some extra time exploring the world as they waited for the other to catch up.

While we would later go on to play Four Swords Adventures and Tri Force Heroes, those experiences were different for many reasons. Those games had us sharing the same screen, competing to collect the most treasure, and generally inhibiting the other’s progress in the name of good-natured fun. This does have its own benefits of course; progress is gained at the same pace and communication becomes a more important aspect of playing together. But both multiplayer games were geared almost exclusively towards the aspect of exploring dungeons, and their overworlds suffered greatly. Tri Force Heroes had only one town with no extra areas to explore outside of levels, and Four Swords Adventures used a level system where players selected their location while looking at a world map. The Oracle games are two true Zelda experiences with side quests, dungeons, overworld exploration, and heavy plot. In creating games meant to heavily feature multiplayer, much of what we loved about Zelda was traded in the process.

Looking back on the Oracle games on their 20th anniversary, I can definitely say that these games helped solidify my love of the Zelda franchise as a whole, and they really captured the feeling of cooperation that so many games can’t. Although we never played on the same screen, we worked together to complete dungeons, defeat bosses, and save the lands of Holodrum and Labrynna. Even after all this time, that experience sticks with me even more than playing through any of the other games in the Zelda franchise by myself. I did have a similar experience playing A Link to the Past on the Super Nintendo as a kid, and more recently playing through Breath of the Wild with a friend on launch. These experiences had all the benefits of playing cooperatively, but they were limited to a single world with a single narrative instead of what the Oracle games offer: two different worlds with two narratives that combine into one finale. Breath of the Wild comes the closest to emulating this experience thanks to its open-ended progression and vast world, but falls short when it comes to dungeons and items.

This may be a relatively specific way to play — making sure you only play while the other person is playing with you — but it really is the best way to experience these two games. Playing both games by yourself is always a viable option and you definitely don’t lose anything with that experience, but sharing the adventure with a friend and discovering the connecting threads between games really enhances the experience. Another person can help come up with ideas for puzzle solutions, remember areas or paths in the overworld you may have forgotten during the course of your journey, and can be a good reason to continue playing when you might stop for various reasons. Even with things as they are now, I strongly recommend picking up a copy of each game, calling up a friend, and playing through these worlds together. Whether you’ve played one or both of the games already, or especially if you haven’t played either yet, you’ll fall in love with one of Link’s most charming 2D adventures, and the best one to play with another person.

Have you played the Oracle games side-by-side with a friend? Have you had a similar experience with a different Zelda game? Share your thoughts with us in the comments below!

Ryan Jensen is a writer at Zelda Dungeon. He is a massive fan of Kingdom Hearts and Final Fantasy. He might actually finish a game he starts someday, but don’t count on it.