Posted on March 08 2012 by Nathanial Rumphol-Janc 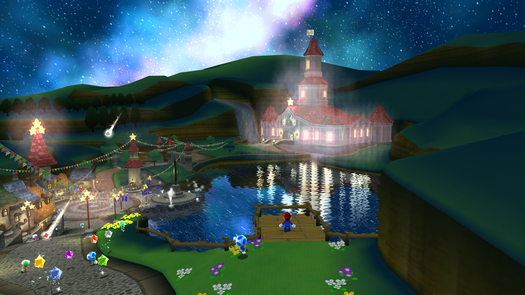 NPD sales data is in for the month of February, and things are looking good for Nintendo. Super Mario Galaxy joins an elite group of Wii games that have achieved over 5 million in lifetime sales in the United States (it’s about to surpass 10 million in worldwide sales, too) – not too shabby, little guy! Not only that, but Pokémon Black & White Versions have passed up 4 million in unit sales, Wii made it to 39 million, and Nintendo’s hardware sales saw huge growth over last month, with over 50% increases across the board.

Super Mario Galaxy definitely deserves its sales victory – it’s probably the most polished and most ambitious Mario titles to date, and easily ranks really high in my top games of all time. If you’re curious to find out more about previous 5 million sellers or to see more details about Nintendo’s hardware performance in February, you can check out the full press release below:

Another month, another milestone for Mario: Super Mario Galaxy became the ninth Wii game to sell more than 5 million units in the United States, according to the NPD Group, which tracks video game sales in the United States. The Wii system, which crossed 39 million units sold in February, now has nearly twice as many 5-million sellers* as competing current-generation consoles combined.

“Wii continues its record-breaking run by surpassing 39 million units in its 64th month, a pace that is unmatched by any other system in U.S. history,” said Scott Moffitt, Nintendo of America’s executive vice president of Sales & Marketing. “Titles like Super Mario Galaxy help explain why Wii continues to resonate with consumers. The fact that one of the best-reviewed games of all time is available for a suggested retail price of $19.99 speaks to Nintendo’s combination of quality, family fun and value that is unmatched in our industry.”

Other Nintendo milestones achieved in February include:

• Super Mario 3D Land and Mario Kart 7 for Nintendo 3DS each sold more than 100,000 units, bringing the life-to-date totals to more than 1.85 million and 1.45 million respectively.

• Nintendo sold 625,000 total hardware units in February and saw double-digit growth across each of its product lines compared to January. This includes: