Since the original showcasing of the Nintendo Switch, people have been clamoring for an upgrade annually. Whispers of the “Switch Pro” could be found in every corner of the web, sometimes snowballing into rumors that made major headlines. Today it’s finally a reality! Hours ago, Nintendo revealed the Nintendo Switch OLED Model, and the question on the forefront of most minds is: “Does it live up to the hopes of a console people have been imagining for four years?”

The answer is probably a partial no. To start, this is not a next-gen upgrade, but more like a revision. The main draw is the 7 inch OLED screen, with the standard model only featuring a 6.2 inch LCD display. The OLED model should be able to run smoothly at 720p resolution in handheld mode. Notably, the Switch is already supposed to run at this resolution, but struggles to do so. The battery of the OLED model has an estimated 4.5 to 9 hour battery life. It will also come with 64 GB of internal storage. Adding more enhancements to the handheld aspect of play, the OLED model will also feature an improved wider kickstand and enhanced audio.

Meanwhile, upgrades for docked play are not as profound. There is a new dock with a wired LAN port, as well as a new dock design, but that’s all. Unfortunately it doesn’t look like this model will be 4K compatible while docked, and doesn’t look like it uses the Nvidia DLSS chip like rumors suggested.

Overall, this revision will certainly enhance handheld play, and it seems to target the portion of Switch users who prefer that over playing docked. Honestly, while I don’t often play handheld, the prospect of having a better handheld experience is making me consider giving the OLED model a purchase.

Will you be buying the OLED model, or sticking with your regular model Switch? Tell us in the comments below! 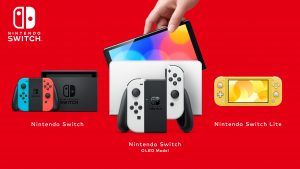 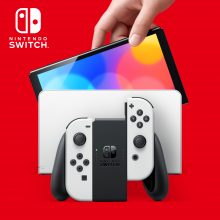 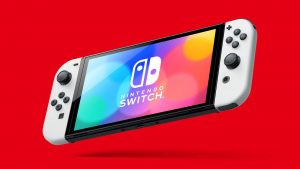 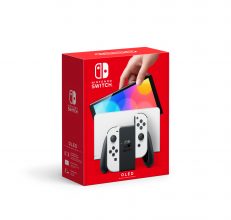 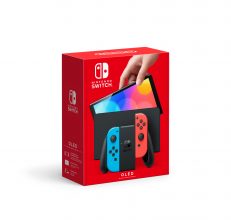