Nintendo Still Recruiting Designers for Breath of the Wild Sequel 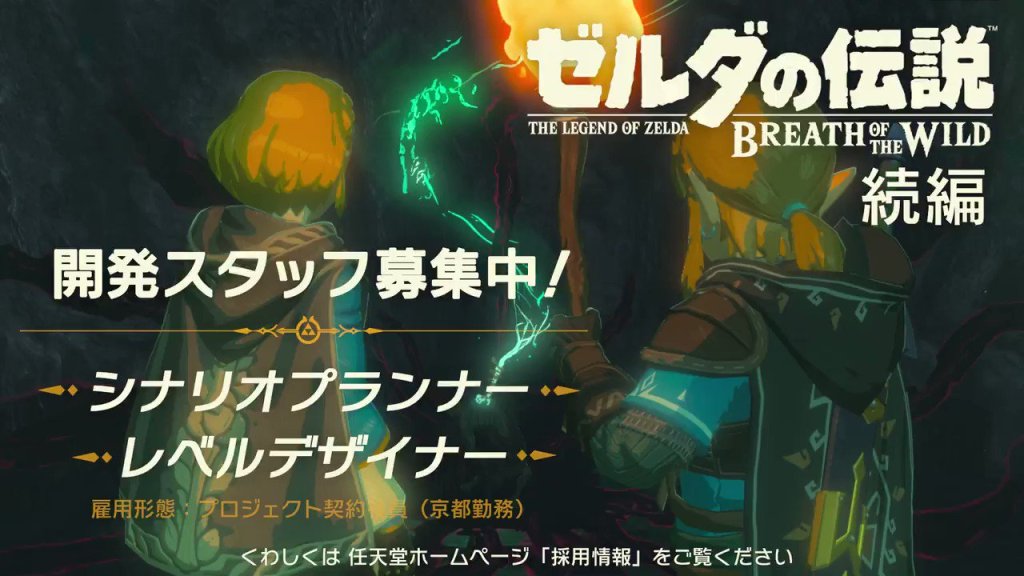 The upcoming Breath of the Wild sequel has a lot riding on it at the moment, as the Zelda team is tasked with creating a follow-up to one of the biggest Zelda games in the past decade. They’re going to need a whole lot of help getting this one off the ground, which is why they have been searching for more help as far back as May 2018.

It appears that Nintendo is still recruiting for Scenario Planner and Level Designer positions for the Breath of the Wild sequel, as the company has reposted the job listings on its recruitment website. Both of these job postings are contractual positions, with each offering an initial three-month period of work and a potential contract renewals until the end of production. For those who don’t know, the Scenario Planner is tasked with the scenario, demo, event text creation and planning on the sequel. The Level Designer is tasked with planning and implementing game events, dungeons, field, and enemies.

Nintendo has been very active during this recruitment cycle. The company recently released an interview with members of Breath of the Wild‘s development team as a way to attract potential candidates for these positions.

What do you think of this news? Would you jump on the opportunity if you could to be a part of the Zelda creation process? Let us know in the comments below!

Comments
Sorted Under: Breath of the Wild, Games, News, Tears of the Kingdom, Zelda News
Tagged With: No tags were found for this entry.