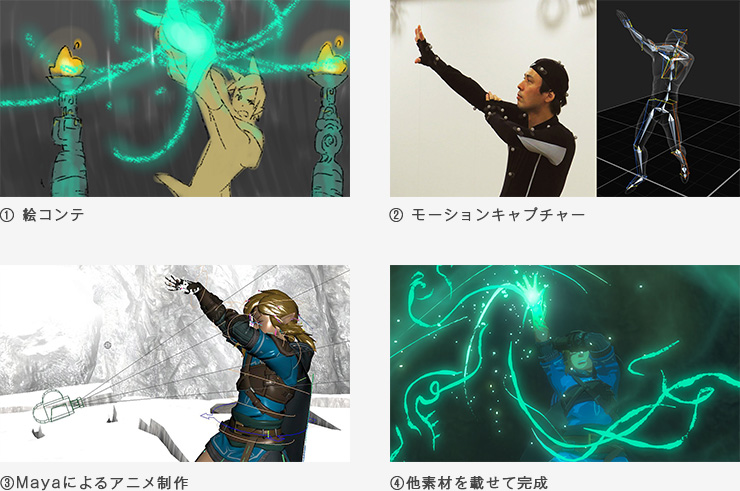 Over the past several months, Nintendo has made a strong push to hire new designers for the upcoming Breath of the Wild sequel. As part of this high-profile recruitment process, the company has promoted certain job listings multiple times and has even released fascinating developer interviews in order to entice potential candidates. Nintendo recently shared to its careers website a crop of behind-the-scenes images from the game’s reveal trailer, no doubt as a way to further attract talented designers.

The new images demonstrate the process for creating Breath of the Wild 2‘s debut trailer, from concept art, to motion capture, to 3D animation work in Maya. These photos are part of a larger post detailing the many responsibilities of designers at Nintendo, which include work on characters, environments, and cinematics. The post also includes behind-the-scenes images from the original Breath of the Wild and other Nintendo titles like Super Mario Odyssey and Splatoon 2.

You can check out some of these images in the gallery below!

What do you make of these peeks behind the scenes of Breath of the Wild‘s sequel? Let us know in the comments!

Comments
Sorted Under: Breath of the Wild, Games, News, Nintendo News, Tears of the Kingdom, Zelda News
Tagged With: No tags were found for this entry.