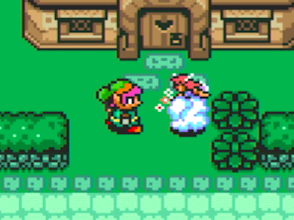 With so many social media sites, there are many different avenues for people and companies alike to help reach a much larger and expanded audience. One of the sites that continues to gain more and more steam is Tumblr, where users can upload images, news updates, GIFs, links, videos, and so much more, and now Nintendo had made its official Tumblr debut! Nintendo has now created an official Tumblr account and what did they decide to announce their presence with… why, A Link to the Past GIF, of course!  Included with the awesome little GIF is the tagline “POOF! We’re on Tumblr! Click the link below and check it out.