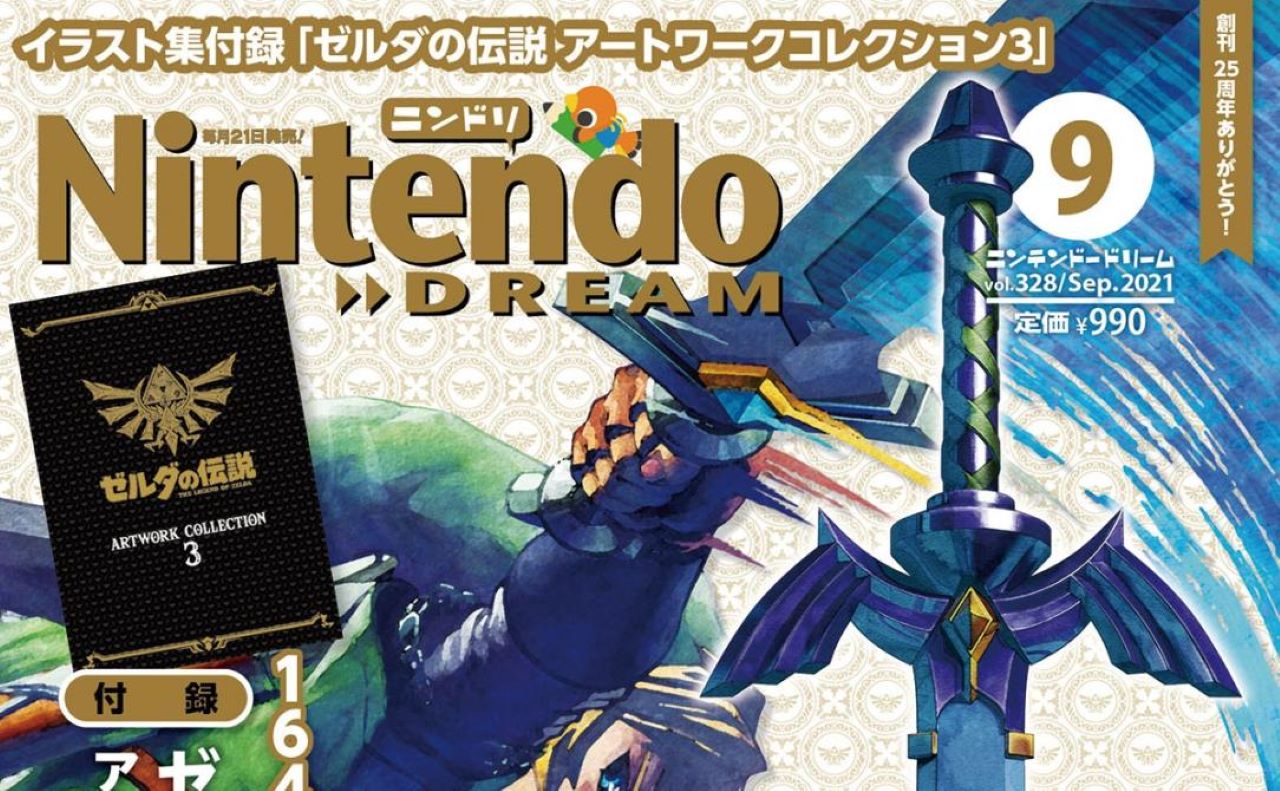 Japanese magazine Nintendo Dream is celebrating its 25th anniversary, and this month’s issue will be in commemoration of that milestone. With Skyward Sword HD as the cover story and with The Legend of Zelda also in the midst of an anniversary, its 35th, the publication has decided to make this a very special release. The September issue of Nintendo Dream, which will release on July 21st, will include a 164-page Zelda art collection!

This book of illustrations will be the third in a series of art collections released through Nintendo Dream. It is proceeded by The History of Zelda Art Collection which released with the February 2010 issue, and The Legend of Zelda Artwork Collection 2 which released with the February 2014 issue. Like its predecessors, this artistic assemblage will only be available in Japan, though collectors from other parts of the world are sure to begin searching for a copy immediately after release. The previous two books contained artwork that had never been seen prior to their release. If this is the case once again, many fans can look forward to some new and interesting scans popping up in the near future.

What do you think of this art collection? Will you try to acquire a copy of your own? Let us know in the comments below!

Comments
Sorted Under: Games, News, Skyward Sword, Zelda News
Tagged With: No tags were found for this entry.