Posted on September 26 2015 by Alexis Anderson 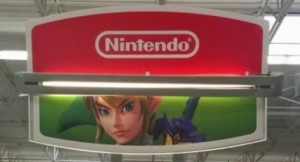 Nintendo has changed its layout in video game retail stores to have 3DS and Wii U sections merged into one complete Nintendo section. As part of this process, it has sent banners with iconic Nintendo characters on them to be displayed above the new sections– one character being Link. This render of Link is not from any existing Zelda game, which begs the question, where does he come from? Nintendo isn’t likely to make a new model just for a banner, so is this Link official art from Zelda Wii U or possibly a confirmation of Twilight Princess HD?

Take a look at the new Link and watch Youtube’s HMK discuss the unique characteristics of and possible explanations for this model after the jump!

The major differences from the Twilight Princess model of Link happens to be the sword’s color and embellishments, but that doesn’t seem like substantial evidence when the render is compared to official Twilight Princess art of Link. The new render is eerily similar to this piece from the 2006 game: 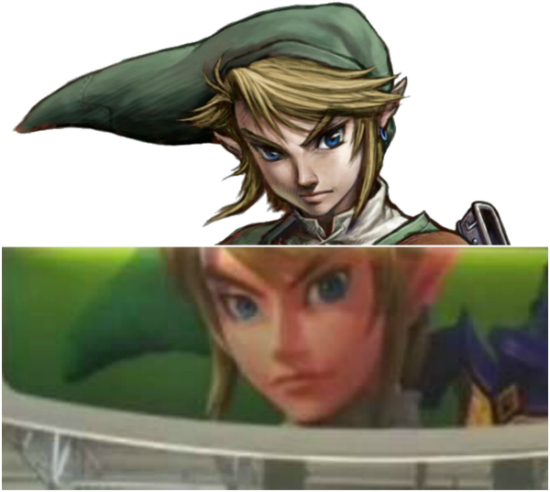 As much as I feel like it’s too soon for an HD remake of Twilight Princess, that’s pretty hard evidence to refute. Especially considering the likelihood that Akira Himekawa’s upcoming Zelda manga is about Twilight Princess. Either way, there’s a lot of room for speculation because this model has not been explained whatsoever; let’s hope an October Nintendo Direct will shed some Light on the subject (you know, since it’s so shrouded in Twilight).

What do you think this new model means? Is this Link a confirmation of Twilight Princess HD? Or is it an indication of something entirely different? Share your thoughts in the comments!