Posted on September 12 2022 by Heather Beard

New missions and rewards have arrived for the month of September for Nintendo Switch Online members. September’s four waves of rewards are based upon the classic Nintendo Entertainment System, and Wave 2’s Icon Elements feature popular sprites and characters from The Legend of Zelda! 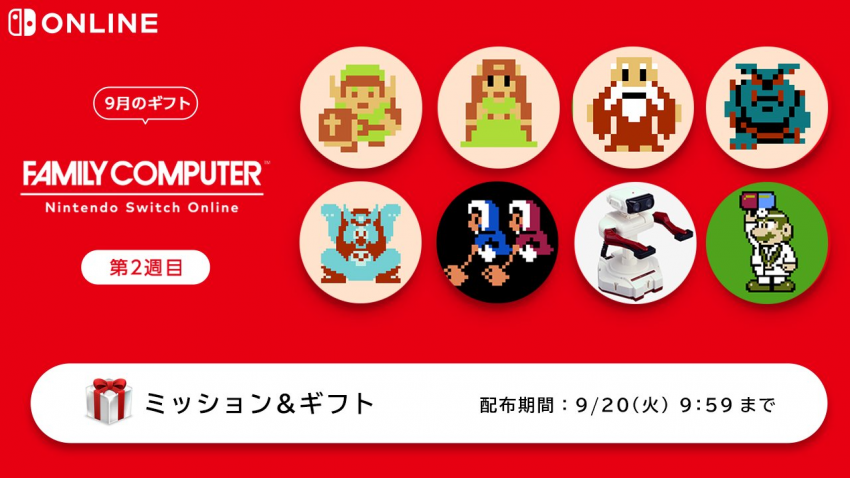 Don’t wait too long to complete missions, though. These Icon Elements will disappear like Hyrule under The Great Sea on September 19th (September 20th in Japan), so hop on your Switch and earn some points!

What do you think of the inclusion of the classic NES Icon Elements? Which one is your favorite? Let us know in the comments below.

Icon elements will be refreshed each week until 10/3 at 6PM PT.https://t.co/8vO5oMIssY pic.twitter.com/gaoygs7aJl

Source: Nintendo of America, The Legend of Zelda Official

Comments
Sorted Under: Games, News, Nintendo News, The Legend of Zelda, Zelda News
Tagged With: No tags were found for this entry.