My Zelda Story: From A Link to the Past to A Link Between Worlds 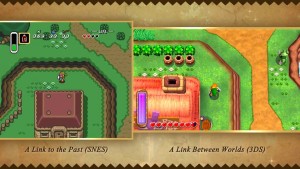 What is the Legend of Zelda to you? Is it simply a game that you enjoy to pass the time with, or is it something more meaningful? Have you been enjoying journeys through Hyrule for most of your life, or have you only recently tried your hand at your first adventure as Link, the hero in green? We all have our stories, playing these games, finding inspiration from them and always wishing for more adventures to enjoy on the latest Nintendo hardware.

For me The Legend of Zelda has been a part of my life for as long as I can remember. I was born into it more or less, and I have vague memories of watching family members playing A Link to the Past, and later on, Ocarina of Time as I grew up. But I was around 7 years old when I played my first Zelda game. My family wasn’t exactly wealthy as I was growing up and I have a lot of siblings. So when my parents found an SNES and a few games at a yard sale, my siblings and I were on cloud nine. A Link to the Past happened to be one of those games. It’s funny, the cartridge already had two save files that were pretty far into the game, and, as any normal person or gamer would do, I deleted those games so my siblings and I could have our own save files. However, for some reason, two of my brothers got so mad at me for deleting those games and making them start from the beginning. This is the moment that I first experienced Zelda for myself, and it’s a fond, silly memory. That said, though, my Zelda story is actually a rather short one. Even though 13 years or so followed that memory and I had played the majority of the Zelda games released over that time, I had never really considered how much the Zelda series meant to me then. At least, not until A Link Between Worlds was released.

Make the jump to hear my Zelda story. You can also check out Jon and Mark’s Zelda stories, and be sure to be on the look out for more of the staff’s Zelda journeys. 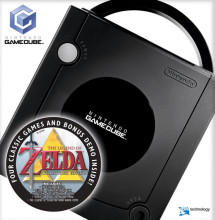 My brothers and I drove that poor SNES into the ground, and when I turned 10, for Christmas, our parents spoiled us with Nintendo’s latest console at the time, the GameCube. My parents were able to score the edition of the GameCube with the Zelda Collector’s Edition promotional disc that had four Zelda games and a 20 minute demo of The Wind Waker. Needless to say, we started with Ocarina of Time. This time my siblings and I shared a save file because there was no way we would have ever finished the game with the 30 minute turn per kid rule our parents had made so that we were all getting fair turns. All you guys out there with brothers and sisters, you feel my pain. But we used the guide that came with the collector’s disc and beat Ocarina of Time before immediately following it up with Majora’s Mask. We also played the original The Legend of Zelda and, well, we just don’t talk about The Adventure of Link. But I think that this was the moment that solidified the fact that I loved the Zelda series.

On a side note, my brothers and I did give The Wind Waker demo a shot, but following the classics like Ocarina of Time and Majora’s Mask did not do any favors for the poor game. We hated it, and I wouldn’t give the game another shot for another 10 years.

Over the years that followed, I played Oracle of Seasons, Phantom Hourglass, Twilight Princess, and a small part of Skyward Sword. I had also bought myself a 3DS when I was older and had gotten my hands on Ocarina of Time 3D. Zelda seemed to be the only game series in my life that I made time for, though, as I got older, playing games became increasingly rare for me. In high school, I was that student that pulled straight A’s (except maybe senior year) because I knew they’d do well for me to get into college. I worked at a fast-food restaurant because I knew that if I wanted things like a car and a cell phone I had to work for them. I felt like I had to be responsible between the ages of 15-18, but that was probably the time I dragged my feet the most to move towards my future. I’ve always been hesitant when it comes to the unknown. Eventually, though, I did get myself through the process of getting into college. However, when I saw how much money I was going to have to take out in school loans, I nearly had a panic attack. I withdrew immediately and promptly took action on a rather spontaneous Plan B. I joined the military.

Let me just say this about the U.S. military. It’s an experience. I met some pretty awesome people, I had a cool job, and I got to travel to places I never thought I’d see myself in in my entire life. But the military lifestyle is not for everybody, and it definitely wasn’t for me. At first I convinced myself that it was. I thought ‘This is what you chose. You have to love it. Because if you don’t, well, the next few years are going to be really difficult.‘ There were certain things about my military life that I did love and still cherish. But they weren’t enough to keep me happy. I was way too far away from home and my family, I had lost a few friends to circumstances I’d never thought would happen to me or people I knew, and I could feel myself becoming lonely, and sad, and scared. The influence that the Zelda series used to have on me and has on me today couldn’t have been any further out of my reach than in those couple of years. However, when it made it’s comeback into my life, it couldn’t have come at a better time.

My Link Between Worlds 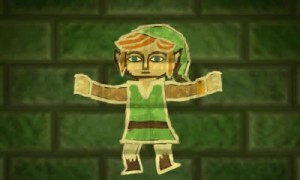 I won’t ever go so far as to say that A Link Between Worlds saved my life. It was nothing like that. But when I found myself in a gradual decline from my normalcy, it helped open my eyes a little and realize a few things about myself. I was living on an American base in South Korea at the time and a friend of mine was talking about it. I hadn’t been entirely in the loop of what the game was about because I’d let that love I had for the Zelda series when I was 10 slip away. All I really knew was that it had only been out for a couple months. I mentioned that I hadn’t played it yet and she let me borrow hers. I started, instantly recognized the map and general style of the game, and I was 7 years old again, arguing with my brothers about deleting the old save files on the Link to the Past game cartridge. I had a really emotional connection with the game and it reopened the doors to the Zelda universe to me. And I didn’t just candidly cross over the threshold; I got a running start and dove head-first back into it. I immediately bought a Wii U. I figured we would be due for a console Zelda game soon and that was my main motivator. But the store I bought it from just happened to have Zelda edition Wii U that came with the cool Zelda decal on the gamepad and The Wind Waker HD game. It had been 10 years since I had played it and I thought it probably wasn’t as bad as I remembered it. And I was right. I loved it! Playing it as an adult completely changed my perspective of the game, not to mention how beautiful and colorful it was in HD.

A couple months later I was replaying Twilight Princess and using the Zelda Dungeon guides. I’d always used the ZD guides if I ever got stuck. I noticed that they were looking for volunteers to be a part of the writing staff and considered it, but I knew how busy I was with my job in the military and I was still so far away from the States. I just felt like it was something I’d rather do at home. Maybe it was a silly feeling, but I did get out of the military, came home, and joined the staff in early 2015. 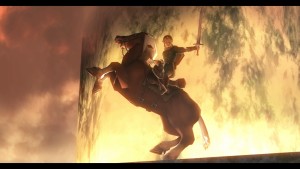 There are still plenty of unknown variables that I have to take care of each passing day and have had to deal with since I got back into playing Zelda, but I like to think that I’ve learned something from all my adventures with Link over the years. Link faces the unknown all the time. And it’s possible that he’s hesitant and afraid. Courage isn’t defined as being fearless, but moving forward despite your fears. A lot of people think I’m silly for looking too deeply into the actions of a fictional character, but I’ve been able to identify with one and find my own courage to face my unknowns, my fears. Nintendo has always expressed that the name Link was chosen because the character was a link between the player and the game. My link is more than just between my world and the Zelda world. It’s the link I needed to better understand myself and certain things in my life.

I guess my Zelda story actually turned out longer than I thought, and a lot sappier than I had originally intended. I know that Eiji Aonuma recently stated that he doesn’t try to put any extra meanings or messages into the Zelda games. To me, that just means that the messages are up for my own interpretation, and the interpretation of anyone who plays the games. Channeling the courage I see in Link as my own to face my fears is one of my interpretations, and I’m sure I’m not the only one who’s developed such a strong emotional connection to the Zelda universe. Feel free to share with the staff your Zelda stories, and whether you’ve interpreted your own messages from this series and have been connected to this world by our favorite Link. You can leave you stories in the comments below, we’d love to hear them! 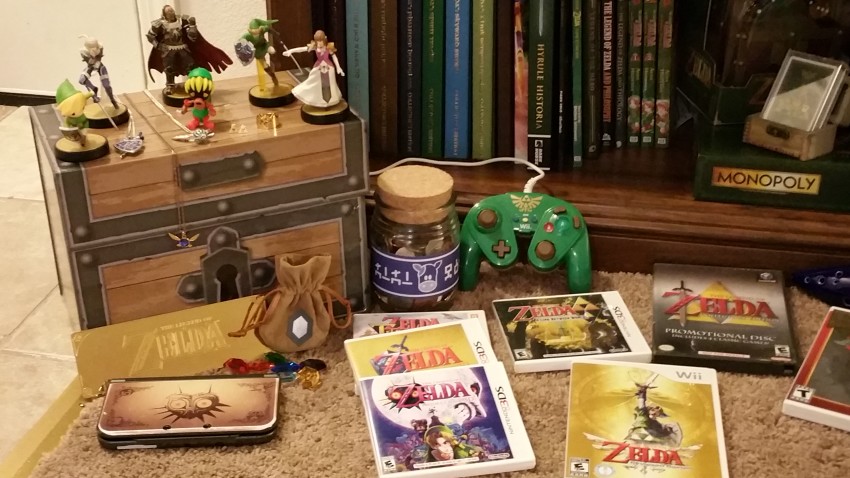 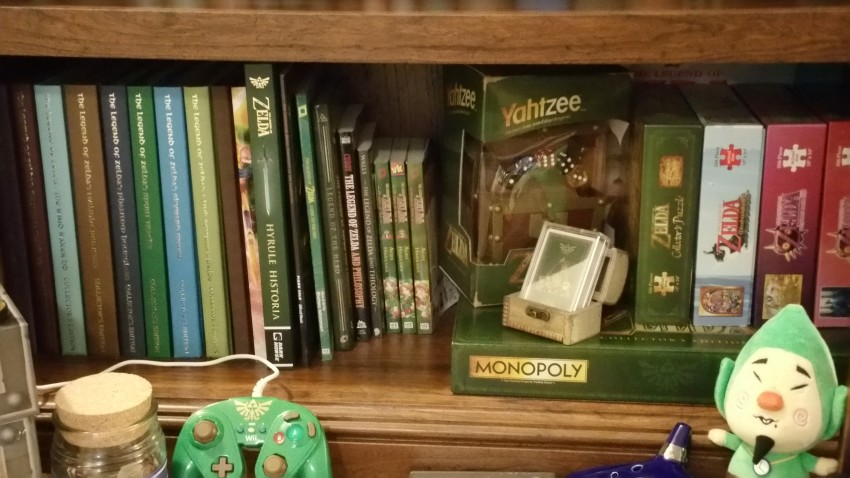 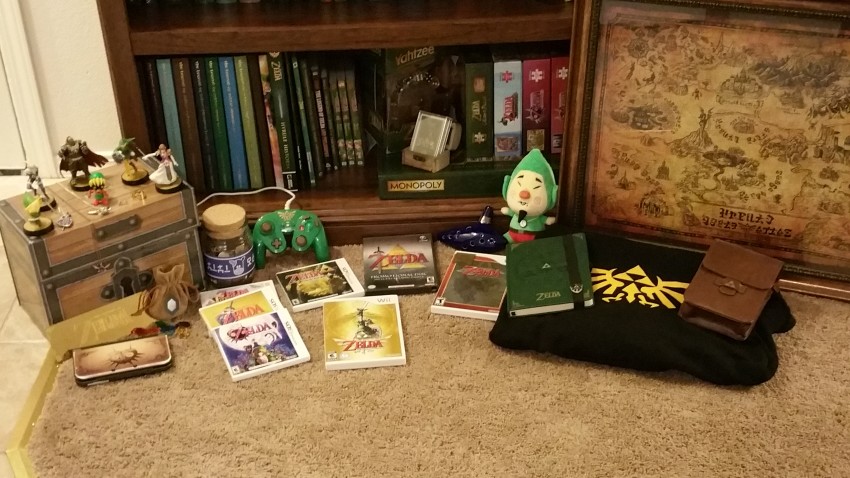